In our present globalized world, people in large areas of Africa still lack sus-tainable incomes, and suffer from low life expectancy and exploding poverty. There are heated debates between European and African scholars, and among Africans themselves on the causes of these conditions. The dominant trend in these debates is to blame the West for all past and present evils in Africa: slavery, colonialism, and neo-liberalism. As a solution to the continent's problems, various African scholars advocate beginning an African Renaissance by returning to the traditional African community spirit, called ubuntu in South Africa or ujamaa in Tanzania. Whether this elusive African spirit is still present and if it ever existed at all—or if it is inherently peaceful, as its advocates suggest—is unclear. In Africa, communities are not only social but spiritual realities as well, creating a strong sense of unity. The flipside of this worldview is that it can lead to authoritarian and totalitarian regimes, the suppression of individual freedom and of industrious creativity. This paper weighs the good and bad sides of the possible rehabilitation of African religions. 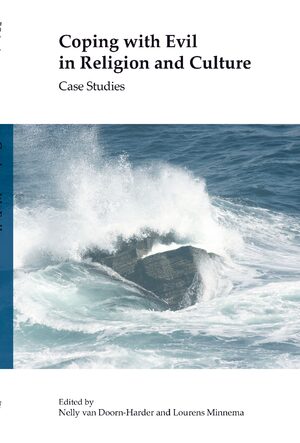 This paper discusses some of the innovative religious responses to evil in Ghanaian life. It focuses on how indigenous Christianity, often inspired by Pentecostal/Charismatic piety, has appropriated African traditional religious worldviews of so called mystical causality in the search for answers to the mysteries of life. This paper relates two real incidents from the traditional religious and Christian contexts in Ghana to illustrate how Africans generally interpret and then search for solutions to misfortunes in the religious and theological realms of life. It further describes how Ghanaian Christians, in desperate searches for ayaresa ne ogyee, “healing and deliverance,” visit various prayer places looking for God’s intervention and the various symbols, icons, and rhetoric associated with those processes. The role of the religious functionary—traditional priest, Muslim cleric, or Christian prophet and pastor—as one with the ability to “see” into the supernatural realm and use its resources for the benefit of those in search of salvation is critical to this discussion.

Evil is like the romantic "sublime": it is beyond the limit, beyond the range and limits within which human nature can cope with reality and find balance. Evil generates a disproportionate lack of human balance. But the responses it evokes are disproportionate as well. They have been contaminated by the disproportionality evil brings about. The evil to which Hamlet is exposed in Shakespeare's Hamlet consists of fratricide, illegitimate succession, and incest. The coping strategy Hamlet is expected to practice is revenge. Does revenge represent a coping strategy that has the potential to balance the political, social, moral, and psychological wrong brought about by human evil? Shakespeare's work, and Hamlet in particular, tells the story of evil's complexities. Twelve literary critics will shed their light on Shakespeare's sense of tragic revenge.

The main focus of this contribution is the exorcism work of the Zimbabwean bishops Nyasha and Kiyai Zawa as they combat evil caused by wizardry and spirit possession. They confront practicing wizards (sorcerers and witches) and the spirits that induce such activities in their “holy places,” where they use Christian symbols of deliverance and liberation against the backdrop of beliefs in magic. These bishops help people to cope with evil through the all important interrelations between the healing prophet and patients—many of whom are self-confessed wizards. Their counseling sessions help the afflicted wizards and witches (varoyi) and provide a genuine opportunity for rehabilitation in society via membership in “churches of reconciliation.”

This paper discusses some of the strategies used by Muhammadiyah leaders to define and change the social, political, religious, and cultural forces that prevent the fulfillment of their view of Islam. Defining evil forces—which come from outside—thus belongs to a repertoire of religious notions that are shaped in interaction with the environment, with the ultimate goal of rein-stating a pristine form of Islam in Indonesia. Thus, the process of forming and defining new interpretations and applications of the Islamic religion provides simultaneously the methods for coping with powers that are considered to be destructive to the religious actors and their community.

This contribution describes what is understood by evil, as perceived within Irish medieval texts, both by the authors and by the groups described in the texts. It attempts to include the points of view of possible audiences or readers of the texts as well. The definition of evil employed here thus covers multi form aspects of evil as found in these texts. These manifestations of evil are represented by various kinds of perceived danger, ranging from bodily to spiritual harm. The coping strategies discussed here refer to the belief in the power of words as a form of postulated protection.

The Evil Comes from Outside: Evil within Religion as a Psychosocial Problem among Adolescent Moroccan Girls in the Netherlands
Author: Edien Bartels

Among Moroccan migrants in the Netherlands and their interpretations of the mental health of and mental disturbances among adolescent daughters, evil is seen as a supernatural power that arises primarily from dealing with spirits, the evil eye, or sorcery. This evil comes from outside or from outsiders, i.e. those who do not belong to the same family and want to inflict harm. This relational interpretation of evil not only fits a relational view of the world but also absolves individuals and family members of any blame or responsibility. Thus, the family continues to be a solid unit while potentially problematic behavior is blamed on evil coming primarily from outside—from outside the individual and from outside a person’s extended family. This worldview clashes with that of Dutch medical and social workers whose methodologies are based on individual biological assumptions that allow no room for the evil powers of popular religion.