This article deals with several varieties of the civilizing mission in the interwar years of the 20th century. As a result of World War I, in all European countries technocratic elites reached powerful positions in the respective bureaucracies and started programs to – as they defined it – improve their populations. Planning and social engineering, often combined with social Darwinist concepts, became part of utopian designs for the improvement of societies. All these ideas had in common that they gave up the individualist and liberal ideas of the 19th century. Many programs were independent of regime type, even if the realization of technocratic utopias was easier in the Soviet Union or in fascist dictatorships than in democracies. Typical was also an ongoing global exchange of ideas across ideological boundaries despite highly nationalist rhetoric. The article deals with attempts to improve the organization of labor and workforces both in the “West” and in the Soviet Union. It goes on to describe newly developed forms of population control and population exchange, which climaxed in the infamous Treaty of Lausanne. The final section analyzes the international eugenics movement, comprising intellectual and political elites who claimed to represent the spearhead of progress. The main problem with these programs was the lack of democratic or parliamentary control. However, it is impossible to write the history of the welfare state without taking these technocratic visions into account. 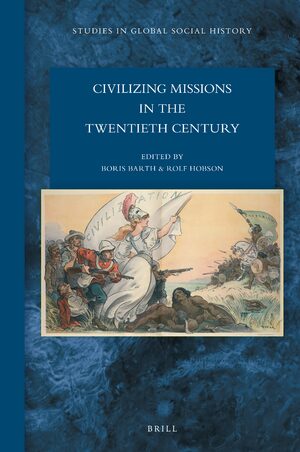 American Nationalism and Regime Change: How the Neocons Tried to Speed Up the Inevitable
Author: Rolf Hobson

At the end of the Cold War, American neoconservatives posed as the conscious inheritors of the civilizing mission of 19th century liberalism and the British Empire. They advocated the use of force, if necessary, to export democracy and free markets to those areas of the world which were cut off from the benefits of globalization. Although a tightly knit group mostly comprised of defense intellectuals, the neocons could draw on strong, cross-party currents in US political culture, as well as historical interpretations and fashionable social science theories, to buttress their arguments. Meanwhile, the dominant strategic concept of the 1990s, the so-called Revolution in Military Affairs, held out the promise that regime change was a feasible, even facile task for the US military. The unacknowledged American nationalism underlying the various strands of this programme blinded its proponents, and public opinion, to the resistance it would engender.

Civilizing Missions from the 19th to the 21st Centuries, or from Uplifting to Democratization
Authors: Boris Barth and Rolf Hobson

Over the course of the twentieth century U.S. foreign policy underwent a striking transformation from an imperialist civilizing mission to anti-colonialism and the promotion of market-based development in a decolonized world. This policy shift, which proceeded largely through rational calculation, was accompanied by the emergence of a new anti-imperialist culture that, for a number of reasons, has received scant attention from scholars. A major reason for this inattention is that the dominant modes of academic thought treat anti-imperialism as a secondary phenomenon. Another is that changes in sentiment and feeling are less easily accessible to historians and whose causal importance is harder to assess than objective foreign policy interests. This essay suggests, per contra, that the emergence of anti-imperialist sentiment, considered as part of a broader package of distinctly modern feelings about right and wrong, is an important part of a cultural transformation of human sensibility that has been central to a striking number of important changes in human behavior in recent centuries. It further suggests that explanations of cultural phenomena require a cultural approach based on tried and true historical methods in order for their historical value to be better appreciated.

The Democratic Peace Controversy in Retrospect as a “Civilizing Mission”? a Theory Revisited
Author: Jost Dülffer

The idea that the domestic structure of states structures their international behaviour, especially that democracies are more peaceful than other ways of government, can be traced back to Immanuel Kant. In the First World War, it became part of Woodrow Wilson’s program and influenced the peace process. The high water mark of this “democratic peace” thesis came up after the Second World War. American political scientists constructed and tried to prove several versions of this theory. But the notion that the spread of democracy would create a more peaceful international order also became part of Western foreign policy approaches. Democratic Peace theory and its political application formed a growing interrelationship, which became not only part of the rhetoric, but also practical foreign policy, especially in the era of US president Bill Clinton. This chapter critiques the different versions of the democratic peace theory and attempts to outline more differentiated models of the preconditions for interstate peace.

Epilogue: from Civilizing Missions to the Defence of Civility
Author: Jürgen Osterhammel

Taking up arguments advanced by the editors in their Introduction to the present volume, the Epilogue revisits the issue of possible connections between the idea and practice of imperial civilizing missions and modernisation programmes in the period after decolonization. During the time-span from late nineteenth-century “high imperialism” to the United Nations’ doctrine of “Responsibility to Protect” in the early twenty-first century, discontinuities seem to be at least as great as continuities. From a current perspective, talk of “civilizing missions” is utterly discredited and seems to be a phenomenon of the past. At the same time, the question of universally valid standards of political conduct and social behavior refuses to disappear. The transcultural norm of “civility”, manifesting itself in many specific variations, should be kept alive and deserves an increasing amount of scholarly attention.

The idea of the civilizing mission is usually connected to concepts of empire and imperialism. However, as Norwegian historian Olav Riste has pointed out, the foreign policies of the Scandinavian countries were also characterized by a strong “missionary impulse” (misjonærimpuls): From the 1880s, the notion that Denmark, Norway and Sweden had a special role to play in the development of peaceful international order became axiomatic in Scandinavian political thinking. Based on a review of previous studies of the Scandinavian ‘missionary impulse’, this chapter investigates its ideological origins, core features and key arguments. It then proceeds to explore how these ideas translated into practical foreign policy strategies and activities in the field of international disarmament – a trademark policy of Scandinavian internationalism in the interwar years. In doing so, it considers the tensions and constraints that limited these activities and eventually brought them to an end.

The case of interwar Poland is here used to illustrate the difficulties of nation building, as they emerged in the differently oriented national movements in the three territorial divisions of Poland. The concept of a civilizing mission is linked to normative understandings of space and culture, which drew on memory culture as an element of Polish national identity. Civilizing notions were put forward with regard to neighbouring peoples to the east: Lithuanians, White Russians and Ukrainians. By way of bitter controversies and military action they entered into the politics and practicalities of drawing the country’s borders. The Polish civilizing missions encountered intense opposition on the part of young national movements in the targeted territories and led the neighbouring states towards a revisionist policy in the post-war years which, over time, was to undermine the Polish state.

Questioning the Civilizing Mission: Humanitarianism and the Arab World in the 20th Century
Author: Esther Moeller

Several issues contributed to triggering a “prise de conscience” of the Red Cross about its eurocentric civilizing mission and the need to decentralize, or in modern terms, “provincialize” this mission. Among the factors contributing to this shift were the process of decolonization and, linked to this, the multiplication of contacts between the ICRC and the Arab world due to the conflicts emerging there, and finally, the claim by Arab states to be part of the new international order created after 1945. The interplay of these developments with the Arab world, both in Red Cross/Red Crescent terms and with regard to the international political and social aspects of this question, are the main concerns of this study. Although the idea of a civilizing mission was not frequently enunciated in the archival documents, it nonetheless was one of the central concepts that explain both the success and the critical interrogation of the Red Cross Movement during the period of colonialism and decolonization.

This paper studies the activities of American enterprises, technology, and related business organizations and engineering groups in China from the outbreak of World War i to the Pacific War and explains how these activities helped establish connections between China and the world. It borrows the concept of “networks” from Professor Sherman Cochran’s extraordinary book titled Encountering Chinese Networks, but broadens the scope of the term to include activity at the level of management and competition, as well as placing Sino-American relations in transnational perspective. Using a multi-archival approach to examine China’s major attempts at internationalization, this article focuses on the cases of the American Asiatic Association, the American Chamber of Commerce of China, and the Association of Chinese and American Engineers to show how these networks played important roles in the development of Chinese-American relations. It also discusses the issues of standardization, “scientific management,” and professionalism of entrepreneurs and engineers in influencing network making.