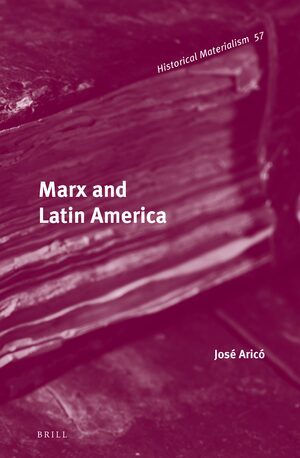 Marx and Latin America
Series: Historical Materialism Book Series, Volume: 57
Author: José M. Aricó
In a work centred on Marx's harsh biography of Simón Bolívar, José Aricó examines why Latin America was apparently 'excluded' from Marx's thought, challenging the allegation that this expressed some 'Eurocentric' prejudice.
Aricó shows how the German thinker's hostility towards the Bonapartism and authoritarianism he identified in the Liberator coloured his attitude towards the continent and the significance of its independence-processes.
Whilst criticising Marx's misreading of Latin-American realities, Aricó demonstrates contemporaneous, countervailing tendencies in Marx's thought, including his appraisal of the revolutionary potentialities of other 'peripheral' extra-European societies. As such, Aricó convincingly argues that Marx's work was not a dogma of linear 'progress', but a living, contradictory body of thought constantly in development.