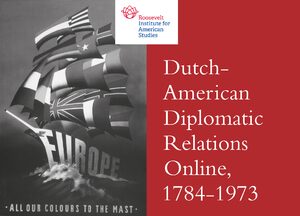 Dutch-American Diplomatic Relations Online, 1784-1973
This collection consists of official Dutch-American diplomatic correspondence covering the period from 1784 to 1973. Taken together, the documents of this collection help scholars to shed further light on some of the most important watersheds in both European and American history and clarify the historical evolution of transatlantic relations from Thomas Jefferson to the end of the Bretton Woods System. 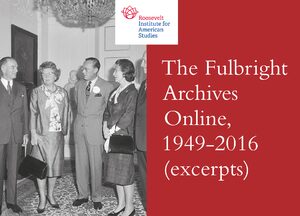 The Fulbright Archives Online, 1949-2016 (excerpts)
Papers of the Dutch-American Fulbright Program
In September 1945, Democratic freshman Senator from Arkansas James William Fulbright launched the idea to organize a worldwide system of academic exchanges. His goal was to improve intercultural relations between the US and other countries through the mutual exchange of knowledge, skills, and projects. Within a year, President Truman signed the Fulbright Act, which allowed 35 foreigners to study in the US and 65 Americans to refine their studies abroad. Since then, the Fulbright Program, coordinated by the US Department of State’s Bureau of Educational and Cultural Affairs, has expanded worldwide with projects, grants, and funding schemes that have so far seen the participation of more than 370,000 people including Nobel Prize laureates, Pulitzer Prize recipients, and students, researchers, and teachers at all the academic levels.

In 1949, the Fulbright Program was set up in the Netherlands as well. In order to better coordinate academic exchanges between the Netherlands and the US, the two countries formally established a bilateral United States Educational Foundation (USEF) in Amsterdam. Since then, that organization has changed its name twice. In 1972, USEF became the Netherlands America Committee for Educational Exchange (NACEE). NACEE in turn became the Fulbright Center in 2004. The documents collected by the USEF, NACEE, and the Fulbright Center are held by the Roosevelt Institute for American Studies (RIAS) in Middelburg. However, due to privacy regulations and classification, the only part of this collection that is digitally available is its Section G.

Section G contains a large variety of historical sources on the foundation and development of the NACEE and the Fulbright Center, including speeches by and on Senator Fulbright, papers related to an earlier exchange organization, the Netherland-America Foundation, and personal recollections of alumni. Section G is therefore the perfect starting point for any research aimed at discovering the historical development of such a relevant cultural program. 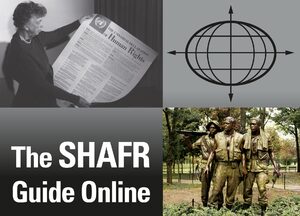