An examination of how a focus on the reading of traditional Confucian texts as a spiritual exercise can enable us to deal productively with modern understandings of the divergences among different ideals of human excellence. An investigation of such ideals has often focused on virtue discourse, but that discourse generates understandable suspicions in many people. A productive approach to these suspicions is to examine both the idea that new virtues (such as spiritual regret) are needed, and the notion that three distinctive modern emphases must play a central role in any contemporary consideration of the relationships among diverse ideals. After considering two kinds of principled opposition to this approach, we turn to Walter Benjamin's exemplary account of the huge gulf between modern and traditional understandings, and the possible aid some texts may offer in bridging it. Focusing on the distinctive operation of specific forms of presentation in the Confucian tradition, we conclude by investigating the idea that reading Confucian texts can be seen even today as an illuminating kind of spiritual exercise.

Rethinking the History and Theory of Jus Publicum Universal: The Formation of China as a "Semi-civilized" Legal Subject
Author: Robert Stem

Much of the existing scholarship on the universalization of nineteenth-century international law has framed it in terms of the imperial West's domination of non-Western societies. This article complicates and qualifies this conventional state-centric narrative by investigating the juridical, capitalist production of China as a "semi-civilized" international legal subject. It examines the foundational modern Sino-British/Western commercial and extraterritorial treaties, as well as the treatises of a new professional class of British international lawyers-James Lorimer (1818â€“90), John Westlake (1828â€“1913), William Edward Hall (1835â€“94), T. E. Holland (1835â€“1926), Thomas Lawrence (1849â€“1920), and Lassa Oppenheim (1849â€“1920). The juridical production of China as a "semi-civilized" legal subject throws into relief the dual capitalist nature and significance of the universalization of nineteenth-century international law. On the one hand, this "civilized" legal discourse underwrote a novel liberal conception of a universal international law (jus publicum universal) within which China was formally included as a quasi-legal subject. On the other hand, it also underwrote a particularistic, Euroâ€“centric international law, which excluded China from its global domain and denied it basic sovereign rights. In this way also, "civilized" international law justified both formal equality in Europeanâ€“non-European treaty relations, as well as the real substantive inequality of these international exchanges of rights and obligations. Building on the critical theoretical work of Evgeny Pashukanis (1891â€“1937), this article argues that a non-orthodox Marxist social theory of legal forms is best suited to explain the abstract, liberal universalism of nineteenth-century "civilized" international law and the contradictory forms of legal and jurisprudential discourse it made available and rendered normatively meaningful to international law practitioners. Through this Marxist theory, moreover, I shall relate said contradictory discourse to modern commodity exchange practices.

This article investigates two specific dramatic elementsâ€“the huntuo æ¸¾è„« and the sumozhe è˜‡æ‘©é®â€“at the core of the controversial "cold-splashing Sogdian plays" (pohan huxi æ½‘å¯’èƒ¡æˆ². The huntuo could be a felt hat, an oilcloth, a pelt headdress, or a theatrical striptease. With deep multicultural roots, the sumozhe (samÄja) combined masquerade, ambulatory drama, dance, and music into a boisterous spectacle. In addition to examining the high cultural stakes underlying the public performance and imperial support (or prohibition) of these plays in early eighth century Tang China, this essay proposes a link between these hibernal festal dramas and Turkish KÃ¶se plays.

Were the Miao Kings "Prophets of Renewal"? The Case of the 1795-1797 Hunan Miao Revolt
Author: Daniel McMahon

This essay considers the concept of "prophets of renewal" introduced by James Scott in The Art of Not Being Governed: An Anarchist History of Upland Southeast Asia (2009), as seen in the context of the 1795â€“97 Miao revolt along China's Hunan-Guizhou border. The appearance of a "Miao King" and four "Wu kings" centering anti-Qing resistance in an intractable highlandâ€”utilizing native legends, spirit possession, investment of officials, and multi-ethnic Recruitmentâ€”suggests a case of "Zomia" (the vast Southeast Asian Massif) prophets in action, as Scott himself suggests. Closer examination, however, reveals a more complex and uncertain picture, characterized by division between rival lords and an overall dearth of institutional, ideological, or cosmological elaboration, all further obscured by a paucity of historical sources. The Miao kings might be seen as prophets of renewal in a general sense, but the fit is inexact. There is still value, however, in considering Scott's model in the study of this event. It enables a sharper conceptualization of the agency of the Miao people, while offering a case for comparison with analogous instances of religiously-based native resistance on other Qing frontiers. 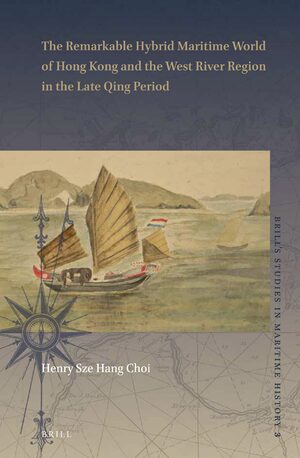 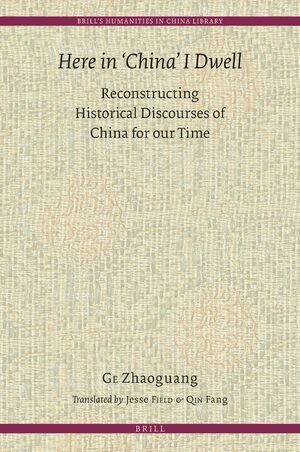 Here in 'China' I Dwell
Reconstructing Historical Discourses of China for Our Time
Series: Brill's Humanities in China Library, Volume: 10
Author: Zhaoguang Ge
Here in ‘China’ I Dwell is a historiographical account of the formation of Chinese historical narratives in light of outside pressures on China — the view from China’s borders. There is a special discussion of the inf luence of Japanese historians on the concept of China and its borders, including the nature of their sources, cultural and religious and more. In Ge’s comparative account, a new portrait of Chinese historical narratives, along with the views and assumptions implicit in these narrat ives, emerges in the context of East Asia, a similarly constructed concept with its own multitudes of frontiers and peoples.
E-Book (PDF)