The term of “Classical Realism” was derivate from the dominate discourse of realism and used for studies of Chinese ancient vernacular novels ever since 1950s. Wu Zuxiang took this term and organized his analysis of Dream of the Red Chamber with the Marxist literary theories. Wu’s adoption of realism principle might be defended as a strategic cover for that the discussion of literary skills would be labeled as bourgeois in that period. This paper attempts to argue that the framework of Marxist literary criticism had indicated the transformation of scientific method of literature analysis. And Wu’s remark of Dream of the Red Chamber as the “great work of Classical Realism” is rather a conclusion from his consistent reflection on new literature after May Fourth, rather than the influence of ideological construction. 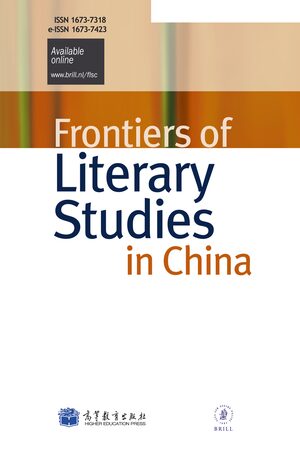 Disturbance during “Going into the Thick of Life”: Studies around Xu Guangyao Diary
Author: Cheng Kai

As the key principle in the literary and artistic world of the Mao Zedong era, “going into the thick of life” is far more than a mere approach to discovering material and themes for writing. The path of “going into the thick of life” set upon the premise of “diving deep into work” stems from the two principles established together in Mao Zedong’s “Talks at the Yan’an Forum on Literature and Art” (Zai Yan’an wenyi zuotanhui shang de jianghua) and the rectification movement: reform of revolutionaries and intellectuals through “combination with the masses of workers, peasants and soldiers,” and second, reform of revolutionary politics via the “mass line,” designed to trigger the creativity of the masses. Each of these two principles is the precondition of the other. On the one hand, “going into the thick of life” based on the premise of “diving deep into work” offers the subjective perspective of the revolutionaries deeply involved in the local social reform—their difficulties, frustrations, and necessary self-adjustments when revolutionary ideals and the subjective attitudes towards policies conflicted with the realities of practice. On the other hand, different from official chronicles and local archives, records of their actions and real observations provide us with a sort of experiential perspective from the grass-roots level which appears more rich, complete and vivid, enabling us to view the problems of revolution from the perspective of the social system in operation, on top of the possibility of seeing the society from the subjective stance of revolution. The detailed records of the 1953 cooperative establishment presented in Xu Guangyao riji (Xu Guangyao diary) offers us a fine example of a text about “going into the thick of life.” Despite the failure of his writing plan, all of the harassment and frustrations recorded in the diary possess special epistemological value, offering a clear-cut picture of the friction and interaction between the logic of real-life practice and the logic of action based upon ideology, which constituted the “reality” of revolutionary practice in the Mao era. Meanwhile, it hints as well at the peculiarity and challenges of the requirements set upon literature of realism in the Mao era.

With the help of the French writer Roger Garaudy’s (1913–2012) book By Boundless Realism, this article will further explore the experience of contemporary socialist literature, involving such important issues as the relationships between literature and reality, the masses, and traditional literature. By Boundless Realism is Garaudy’s response to the mistakes and crises existing in socialist literary theory and practice. “Boundless,” the key word of this book, challenges dogmatic prohibitions, arguing that when socialist realism is in crisis, remaining self-contained is not an option. The issues raised by Garaudy have also been presented in the practice of contemporary Chinese socialist literature, in different forms and to varying extents.

Introduction on “Internal Reflection and Historical Potential: The Activation of the Research on Chinese Contemporary Literature”
Author: Zhu Yu

The “Screw Nail Spirit” (luosiding jingshen) is the zeitgeist in Chinese industrial age. Under the call of this spirit, the Chinese working class is at the forefront of history. However, Chinese contemporary industrial literature has not caught up with the spirit. What causes this difficulty? This paper analyzes how the creation and criticism of contemporary workers’ literature cope with this difficulty from the perspective of character shaping to the literary stylistics. The literary expression of the Screw Nail Spirit reflects the historical connection between literary production and modernization of the nation, and the research on this problem can be seen that the depth of exploration of contemporary literature production is between advanced nature and universality, party will and literariness.

After Lu Xun published “A Madman’s Diary” (Kuangren riji) and “The True Story of Ah Q” (A Q zhengzhuan), through the active introduction by modern Korean mass media, Lu Xun enjoyed the highest popularity of all modern Chinese literary author in Korea Peninsula. “A Madman’s Diary” translated by Ryu Sooin, was published in the magazine Donggwang (The oriental light) in 1927. Yang Baekhwa’s translation of “The True Story of Ah Q” was serialized in The Chosun Ilbo (The Korea daily) in 1930. “Lu Xun and His Works” by Jeong Raedong, who conduct systematic criticism on Lu Xun’s literature, was published in The Korea Daily in 1931. Lu Xun was thus differentiated from the so-called “Zhou Brothers” and claimed a place of his own as a representative Chinese writer. After that, Lu Xun’s various works were translated into Korean, and he was acknowledged as “a Chinese literary master” and “a world-class writer” in the Korean literary world. Lu Xun’s literature was hence widely acknowledged. Lee Kwangsoo even created another character called “Park Seondal” based on the motif of “Ah Q.” With the development of mass media, people were eager to see Lu Xun’s personal image. In the 1930s, major Korean media, such as The Shin Dong-a (The new East Asia), The Dong-a Ilbo (The East Asia daily), The Chosun Ilbo (The Korea daily), The Maeil Sinbo (The daily report), Chokwang (The morning light) and Samcheonli (Three thousand miles), successively published Lu Xun’s portraits and photos, helping visualize Lu Xun’s image and making great contributions to shaping the public image of Lu Xun and his literature. Through these major media in Korea, Lu Xun’s works and his reputation became widely known, and his portrait images were also circulated. In February 1938, the Hwarang Garden Troupe staged the play The True Story of Ah Q. Considering the commercial nature of the theatre at that time, the public performance of The True Story of Ah Q indicates that Lu Xun and his works had achieved a solid foothold in the public mind. However, Korean people’s access to Lu Xun’s literature was blocked after March 1938, when Japanese imperialists imposed a blanket ideological clampdown. With the advent of liberation on August 15, 1945, the modern Korean public strongly needed Lu Xun’s life experience and literary spirit as enlightenment. Hence, translation and research of Lu Xun’s literary works became active again. In particular, in 1946, after the publication of The Collected Short Stories of Lu Xun (Volumes 1−2), jointly translated by Kim Kwangju and Lee Yongkyu, which included Lu Xun’s major works, Korean people were able to gain a more systematic access to Lu Xun’s literature. The inspirational value of Lu Xun’s literature was re-ignited after Korea’s liberation and independence. Lu Xun was thus once again praised as “a literary giant” and “a great writer.”