Clear All
Download Citations
Page:12
Chapter 4 Founder’s Lecture: Is Time Out of Joint? Or at a New Threshold? Reflections on the Temporality of Climate Change
Author: David Wood

J. T. Fraser articulates five different organizational levels of time: proto-temporality (disconnected fragments of time); eotemporality (physics, the fourth dimension); biotemporality (self-organization, life, direction); and nootemporality (human mind, including language). He later added a sixth – sociotemporality. What impact would impending catastrophic climate change have on this schematization? We argue first that, while change is central to time, change in the very shape of change marks a new threshold in Fraser’s sense. We work through what it means to be a passive spectator to radical transformation, how our human experience of time is intrinsically tied up with language, representation, and money (can we afford to prevent the end of the world?), and the impact of a shrinking future horizon on our identity, on the Enlightenment project, and on any hope of progress. Finally, inhabiting time historically is subject to many strange loops, including the breakdown of the inductive assurances that the past traditionally supplied. Extending Fraser’s scheme and (following Keller’s adumbration of a kairological time), we endorse the possibility and indeed necessity of a new threshold, a new temporal dispensation. 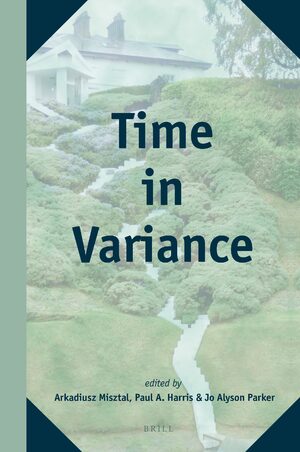 Climate change and the environmental crisis more generally confront us with the need to think survival beyond the single organism. This project proposes that storytelling, emplotment, and the connective impulse of the human mind, have the potential to awaken our awareness of our dual existence as individuated beings and, simultaneously, as assemblages embedded in the ecologies of which we are a part. I turn to the novel La última playa (The Last Beach), by Atilio Caballero, to explore this potentiality and argue that, while the life of the single living organism is guided by the linearity of J. T. Fraser’s biotemporal, the individual being aware of its embeddedness is open to the “ecotemporal.” Ecotemporality is not limited to the singular body; it is the experience of the shared inhabitation of a moment in time by living organisms and non-living matter who are, for better or worse, bound by the same material fate.

Chapter 8 In the Forest of Realities: Impossible Worlds in Film and Television Narratives
Author: Sonia Front

In the twenty-first century, the postmodern multiplicity of temporal scales is accompanied by a new mode of temporality, established by the turn of the millennium and 9/11 terrorist attacks. The new time, in which the paradigms of linearity, causality, and succession are revised, is marked by the prevalent sense of threat and a sense of an ending, be it by terrorist means or as a result of climate change. In one strand of film and television narratives, the collapsed bridge between the centuries is symbolized by the temporal rifts brought about by the release of huge masses of energy, which produces the disruption of a single ontological reality and opens up impossible worlds, such as parallel universes, special zones or wormholes. On the basis of the series FlashForward and the film Annihilation, I analyze impossible spatio-temporalities and their influence on human time in an effort to advance the thesis that unlocking the scale of physics’ temporality to human experience is physically and psychologically intolerable.

The title is lifted from an essay by J. T. Fraser in his book Time and Time Again (2007). It conveys Fraser’s conviction, a conviction shared here, that understanding time and reality requires us to redirect our thinking process. Plato describes a path out of the dark cave of confusion into the realm of truth and light, that is, from time towards the timeless. But we should “reverse course” along this path and move from the timeless into the complexity of time. Time is not one thing foundational to reality; reality rather is a series of temporal levels developed through evolution and related in a nested hierarchy driven by conflict and towards increasing complexity. This theory makes possible critical and fruitful reflection on issues like entropy, indeterminacy, and mind/body dualism. It entails embracing our position as knowers in time and the complexity of truth as temporal rather than timeless.

This article first explores how the multiple narrative timelines in the television science fiction series Westworld highlight the invariant narrative loops to which the android/gynoids “hosts” are subject. It then examines how host consciousness emerges once the hosts can remember their previous passages through their loops and thus begin to grasp their pasts and conceive of their futures. It concludes by considering how the fictional simulated beings of Westworld, as they escape from the unvarying timeloops to which they have been subject, demonstrate the role of time, memory, and narrative in the development of human consciousness.

This essay uses existing scholarship on time in video games to analyze the ways that the video game Elder Scrolls V: Skyrim uses time to offer a richly rewarding game experience for players. It approaches the game as a blend of progressive and emergent play and argues that these two approaches map onto Jesper Juul’s categories of playtime and fictional time and Jenkin’s argument about embedded narrative to explain the reason why the game, originally released in 2011, continues to be popular, praised for its gameplay and story. In addition, I read the use of time in the game through my own experience as an autistic player with ADD to comment on the specific pleasures offered to players who have a heightened sensitivity to temporal variations.

Chapter 5 Slow Time: The Suspension of a Tension
Author: Paul A. Harris

This essay reflects on “Time and Variance” through the lens of slow time. Slow time is defined in both psychological and physical terms, as a contemplative mode of thought and geologic and cosmic timescales, respectively. It argues that slow thought facilitates “temporal phronesis,” an ability to conceptualize and accommodate disparate timescales, and analyzes gardens and art installations that explore time in variance in different ways and facilitate temporal phronesis. The essay also argues that J. T. Fraser’s hierarchical theory of time is complicated by considering “Gaiatemporality,” constituted by the conflicts created by the intrusion of humanity into earth processes.

This chapter examines the orchestral composition Sudden Time, by British composer George Benjamin (b. 1960) in relation to ideas of temporal perception. In his program note, the composer makes a connection to malleable time in how the work was conceived, and in so doing opens it up for analysis based on these ideas. Starting with context from various approaches to musical time, distinctions are made between how we may experience time, broadly speaking as Newtonian and chronometric, or Einsteinian and psychological. The chapter then applies these ideas to a reading of Sudden Time in which perceptual time is understood to be manipulated through a range of compositional devices that manifest in different “timezones” – sometimes heard successively, sometimes concurrently. The work may be seen as grounded in temporal ideas that help us understand its structures and material, whilst these very structures also illuminate temporal ideas in themselves.