This article considers the use of animal bones as an aid to understanding social dynamics in Late Antiquity. Faunal evidence has been deployed to great effect in many aspects of archaeology but, I argue, remains underexploited in Classical and Early Medieval contexts. Making the most of this material will require the development of new interpretative frameworks and an awareness of various methodological barriers. Nonetheless, patterning of data from Early Roman contexts provides a ready source of models to test and develop for later centuries. This process will be especially useful when groups of settlements can be compared (here, major towns in North Africa), and when faunal patterning can be related to contemporary developments in the landscapes where the breeding, husbandry and culling of livestock took place. Here I use the area around Wharram Percy, North Yorkshire as a case study. 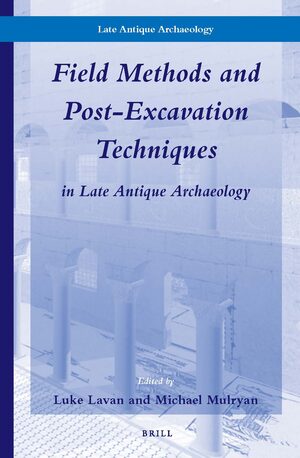 How Much Trade was Local, Regional and Inter-Regional? A Comparative Perspective on the Late Antique Economy
Author: Mark Whittow

One question lies at the heart of a fundamental debate in the study of the Roman world in Late Antiquity, namely whether the economy was essentially driven by state demand or the workings of the market. Although the growing volume of archaeological data has allowed a richer and more complex picture of the late antique economy, the fact that it can be harnessed by one side as well as the other, means that the debate itself has moved little further forward. For that we need the new models and new questions which can come from comparative approaches. Evidence from Late Medieval England is discussed here, with the suggestion that this rich material, long the focus of a sophisticated literature, has implications those who study Late Antiquity should not ignore.1 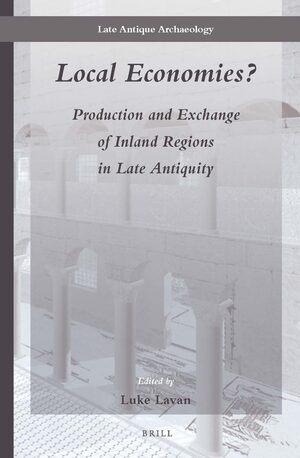 In Late Roman Pannonia, local pottery was produced in small, local centres, but on a more limited scale than before the 4th c., in the region. A dense network of pottery workshops operated at the time of Valentinian in the Danube bend, which was an important section of the limes. In most of these examples, pottery kilns, situated in villae and rural settlements in the hinterland of the province, manufactured only one pottery type. The larger workshops, situated in more favourable geographical positions, produced not only coarse ware but glazed and burnished wares, as well. Local artisans tried to imitate the decreasing amount of imported terra sigillata, metal and glass vessels, by adopting new techniques and decorative elements. Imported pottery now consisted of only a few types, such as: African Red Slip ware, small numbers of amphorae, lamps, occasional Argonne Ware, and some eggshell type cups. It can be shown that in parallel with the increasing production of hand-made, coarse and burnished ware pottery, imports ceased in the province around the second decade of the 5th c. A.D. 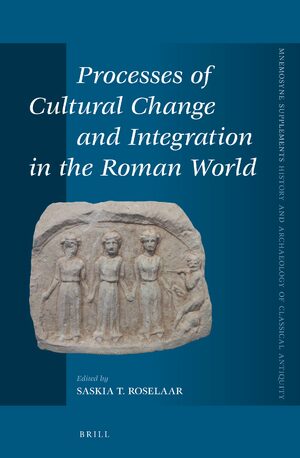 In: Processes of Cultural Change and Integration in the Roman World

Integration and Disintegration in the Late Roman Economy: The Role Of Markets, Emperors, and Aristocrats
Author: Peter Sarris

This essay examines the role of state regulation, markets, and social structures in shaping the development of the Roman economy in Late Antiquity. It argues that the recent tendency amongst ancient historians to emphasise the role of markets, represents a welcome corrective to earlier primitivist tendencies. However, it is important that the current focus on markets should not distract attention from the strongly interventionist instincts of the Roman state, its role in fostering and stimulating commodified exchange, and the extent to which markets were managed to serve the interests of the government and the Roman governing classes.

In: Processes of Cultural Change and Integration in the Roman World