By comparing these two Nobel literary laureates, Liu offers a general view of their different subjectivities, creative approaches, and literary outputs. Gao Xingjian, in Liu’s eyes, distinguishes himself by his intensive consciousness of self-reflexivity and his constant pursuit of the freedom of subjectivity. Particularly, Gao replaces characters with personal pronouns and plot development with protagonists’ psychological shifts. In comparison, Mo Yan embraces social reality with relentless passion. Most of his works represent history and ever-changing reality, and they not only break the rigid doctrines of realism but also transgress the dominant Maoist ideology. 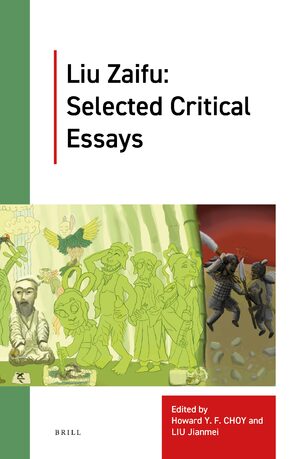 Chapter 8 The Dimensions of Modern Chinese Literature and Their Limitations

Liu points out two inherent limitations of modern Chinese literature resulting from political intervention and ideological manipulation: lack of imagination and absence of metaphysical contemplation. Inspired by Marcuse’s theory of aesthetic dimension, Liu critically investigates three vital aspects that have been lacking in modern Chinese literature: a dialogue with the existential self, a dialogue with God, and a dialogue with nature. In so doing, he not only reveals how the individual sensibility and imagination are repressed and purged in the heat of the revolution but also discovers how extraordinary works (e.g., Lu Xun’s Wild Grass), with their metaphysical reflections and transcendental vision, usually go beyond the criticism of social reality with which Chinese writers were so obsessed.

In this thought-provoking article, Liu is in direct dialogue with C. T. Hsia’s work, attempting to reevaluate Eileen Chang, Lu Xun, and other Chinese leftist writers. First, Liu argues that the talent of Chang lies not so much in her historical consciousness as in her profound philosophical contemplation. Second, he takes Chang’s The Rice-sprout Song and Love in Redland as examples to call into question the political and ideological agendas underlying her later writing. Third, reexamining Lu Xun’s, Zhao Shuli’s , and Ding Ling’s works, Liu charges that Hsia uses extreme political standards in his evaluation, which eventually leads to overgeneralization about and oversimplification of leftist literature.

Chapter 12 Escape of the Mental Prisoner

This article is a close and careful reading of Gao Xingjian’s play August Snow (Bayue xue ). Liu expertly and insightfully explores the philosophical and metaphysical contemplation underlying this play. He argues that August Snow is concerned not so much with religion as with the protagonist’s reflection on delusions of power and religion, compelling us to ask how one can achieve freedom and ultimately understand the truth of human existence. Derived from his own comprehension of Chan Buddism, Liu’s observant and provocative analysis acknowledges Gao’s philosophical meaning of escape and self-salvation underlying August Snow.

Chapter 6 Farewell to the Gods

Liu points out the prevailing phenomenon since the May Fourth Movement that Chinese literary theorists formulate their problematics in the shadow of foreign theorists. The “gods” to whom he bids farewell are not just old ones like Plato and Aristotle, Croce and Spingarn, Freud and Darwin, Lukacs and Brecht, Plekhanov and Chernyshevsky, but also the new postmodernist and poststructuralist “gods” like Barthes, Lacan, Derrida, and Foucault. The attempts to escape from their shadow after the mid 1980s can be characterized by two aspects: returning to subjectivity and returning to texts. However, Liu acknowledges that there is a serious time lag between the cultural needs of the East and those of the West. For instance, when Chinese intellectuals were eager to return to subjectivity, postmodernist theories already proposed to decenter the subject. This time lag precisely constitutes what Liu calls “fin-de-siècle anxiety” for Chinese intellectuals intending to part with their gods.

Chapter 3 From the Monologic Era to the Polyphonic Era

This chapter charts a historical outline, dividing Chinese literary history into three stages: the monologic era, the transition era, and the polyphonic era. The monologic era, namely the Maoist era, required writers to praise the state and speak for hegemonic ideology, while the transition era refers to the period from 1976 to the early 1980s when many writers rediscovered and wrote about the value of humanity and subjectivity, although some could not get rid of the residual influence of the monologic era. By the polyphonic era, as Liu emphasizes, the newly emerging heterogeneous voices in postsocialist China transgressed the identification with power and deconstructed the grand narrative. Although created more than a decade ago, Liu’s model of the monologic, the transitional, and the polyphonic remains invaluable to any account of the historical development of modern Chinese literature.

Liu Zaifu is a name that has already been ingrained within contemporary Chinese literary history. His theory of literary subjectivity has opened ways for Chinese writers to thrive and innovate. This landmark volume presents the Western reader with Liu’s profound reflections on Chinese literature and culture at different times. Liu’s panoramic view not only unravels the intricate interplay between literature and politics but also firmly regards the transcendental value of literature as a significant ground to subvert revolutionary dogmatism and criticize Chinese modernity. Rather than drawing upon the existing paradigm, he reinvents his own unique theoretical conceptions in order to exile the borrowed “gods.” The essays collected here demonstrate Liu’s historical experience and trajectory as an exiled Chinese intellectual who persistently safeguards the individuality and the autonomy of literature, refusing to succumb to political manipulation.

This chapter examines the linear and teleological view of literary history that has dominated socialist China for several decades. Echoing the Kantian theory of antinomy, Liu sets forth five sets of paradoxes pertinent to the evolution of literature, including development and nondevelopment, synchrony and diachrony, periodicity and nonperiodicity, reversibility and irreversibility of time, and lawfulness and lawlessness. With his erudition in both Chinese and Western literatures, Liu theorizes the heteroglossic development of literary history and argues that one should distinguish between milieu discourse and genre discourse, between realistic and aesthetic value systems when examining literary history.

Extrapolating from Leo Lee’s idea of “self-exile,” Liu propounds a new idea, “exiling the state,” which means placing oneself consciously in a position on the intellectual margins in order to oppose the omnipotent and omnipresent center of power. “Exiling the state,” for Liu, is “a subjective mental state created by the individual in order to gain a certain free spiritual space.” This is precisely what modern Chinese literature lacks, because as C. T. Hsia points out, most Chinese writers are trapped in an obsession with China. By emphasizing a conscious and decisive gesture of exiling the state, Liu redefines the writer as a “cultural carrier,” who is shouldering the culture of his native country without being restricted by state boundaries and becomes an independent creator of cultural spirit and values.