The Kribi Deep Seaport Construction Project is carried out among three contending forces—namely, the government’s desire to own the project, the constant threat of extraversion, and the weak coherence of local institutional bodies. In fact, the slow advent of this project indicates how development policies have unfolded in Cameroon over time. Similarly, making it operational has revealed the dominance of Chinese business operators who are at the centre of a plethora of partnerships elicited by the port. The government’s desire to appropriate the development agenda shows its ability to cunningly navigate in its dealings with various foreign partners; however, its avowed developmental ambition is thwarted by internal bottlenecks, which in the long run affect the agency of national and local actors. 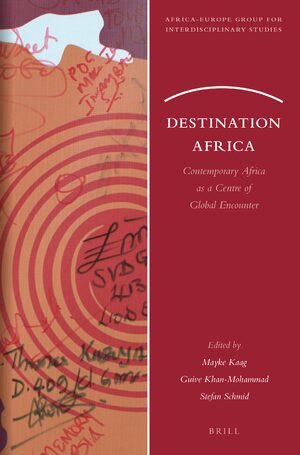 Since the turn of the century, the African continent has become a privileged destination for Chinese companies. In search of new commercial outlets to escape cut-throat competition in the domestic Chinese market, they are taking to the continent in droves, looking to thrive in the African economic landscape. While this situation has led to heightened competition in African markets, it is not always to the advantage of Chinese companies. Previous research in the field has taken the strength of Chinese companies for granted and has denounced the ‘unfair competition’ such companies bring to their African counterparts. This chapter, however, intends to emphasise the difficulties Chinese companies in Africa have faced when settling in the continent, as well as the fragility of their eventual success. To this end, it will focus on a case study of the motorcycle sector in Burkina Faso. This sector is predominantly dominated by African entrepreneurs, and Chinese companies struggle to make their mark. As a result, the companies must compromise and collaborate with local business communities and circles of power if they want to find success. By analysing the relationships between Chinese companies and their African intermediaries, this chapter aims to highlight the ability of African economic and political elites to take advantage of the Chinese presence. As such, this reveals the modalities of this contemporary redeployment of extraversion strategies in a context marked by Africa’s unprecedented exposure to globalisation.

The presence of expatriate aid workers and the dependence on foreign expertise were sources of concern and debate in postcolonial Tanzania, where the policies of ujamaa aimed to create an egalitarian society. Expatriate aid workers were often suspected of being ‘Trojan horses’ who undermined socialist objectives through non-socialist convictions as well as their way of living. Based on oral history interviews and documents from German and Tanzanian official and private archives, this contribution first outlines how debates and policies in Tanzania regarding the presence of foreign experts revolved around technocratic, political, and material considerations and also reflected the competition between various models of socialism. The second part of the chapter analyses how aid workers from East Germany and West Germany navigated conflicting imperatives regarding their work and lives in Tanzania: firstly, in terms of the appropriate standard of living; and secondly, regarding the employment of domestic staff, a practice that many aid workers—even some who initially rejected it as ‘neo-colonial’—engaged in. The change of debates, policies, and subjectivities across time signals a broader shift. In the 1960s and early 1970s, long-term political goals informed Tanzanian policies regarding expatriates. The shift to pragmatic short-term strategies from the mid-1970s onwards, in order to deal with the deteriorating economic situation, buttressed the consolidation or re-establishment of some of the very hierarchies that had been identified as central impediments to the attainment of development and sovereignty.

Instead of considering Africa as a region of outbound students, this chapter addresses how students target an African country as their destination. Focusing on the case of Brazilian students in Mozambique, it also nuances discourses of South-South development cooperation, by taking a more personal approach depicting the student residence SELF of the University Eduardo Mondlane in Maputo as the scene of an ongoing intercultural encounter between Mozambican and Brazilian students. Guided by the Epistemologies of the South (Santos de Sousa 2015), it documents these students’ encounters, addressing how their similarities and differences represent a space for intercultural translation. Focusing on the topic of ‘race’ and racism, the case of these students exemplifies how daily encounters between communities that have been constrained by similar socio-political structures do not simply lead to horizontal exchanges, but rather underscore the nuances and differences between the Latin American and African contexts that nevertheless offer paths to solidarity. The opportunity to appreciate diverse narratives of similar struggles, such as that against racism, encourages various degrees of empathy and support—without leading to one single dominant discourse.

Growing quantities of industrially manufactured commodities have become available on African markets in the course of the past two decades. They arrive from different countries, above all from China, and enable consumers more than ever before to choose between different packaged brand-name products. Consumers welcome this new mercantile situation but also experience growing uncertainty about the products’ nature, as brand names are frequently copied and their content manipulated. Consumers criticise this fact in their search for good quality but, facing limited budgets, nevertheless often acquire the more affordable choice. In their endeavour to make the multitude of products comprehensible, importers and consumers talk about them in terms of locally established regimes of value in which these new goods are integrated. Based on ethnographic research on trade networks in Cameroon since 2008, and complemented by findings from research in several other African and Asian countries, this contribution examines these local perspectives and discusses how consumers cope with the new challenges and how they understand manufactured commodities from the vantage point of local value hierarchies. It also highlights the active role of African traders in importing and distributing industrially manufactured products.

Indian educators played and continue to play an important role in African countries, particularly in the former British colonies where the shared language and familiarity with the British education system created a sound basis for collaboration from the start. The case of Ethiopia is unique in that it is the only African country that has never been colonised and, as a consequence, developed its education system rather autonomously without having to deal with a colonial heritage. Already in the 1940s, Ethiopia turned to India to find teachers, and still today Indians are the largest group of foreign lecturers at Ethiopian universities.

This chapter deals with the history of the Ethiopian education system and the role of Indian educators in it. It shows that the category of ‘Indian educators’ in Ethiopia cannot be generalised and is not—as it seems at first glance—a uniform continuation until today. On the contrary, in the course of Ethiopian history the ‘Indian educator’ has changed from being a ‘brother of faith’ to being a ‘commercial recruit’. In this way, the case of Indian teachers in Ethiopia is an illustration of how the neoliberal world order materialises in the realm of education, both in Africa and globally.

Since the 1980s, a number of European citizens have travelled each year to Senegal, Guinea or Burkina Faso to participate in dance and drum camps. Amongst this market of African dance, the Senegalese dance and music performance called sabar has become very popular during the last years. Based on a multi-sited ethnographic fieldwork in the ‘transnational social field’ of Senegalese dance classes, this chapter sheds light on the transactions, identity constructions and routes of mobility that are produced around the teaching of sabar in Europe and in dance workshops organised in Senegal. A first part of this chapter describes how these circuits of mobility to Africa continue with migrations of Senegalese dancers and musicians in Europe and with the network of African dance classes they have developed there. A second part examines the image of Africa that is reproduced and challenged during sabar dance camps in Dakar and describes the encounters and exchanges between Europeans and Senegalese, analysing the entanglement of material and emotional dimensions that structure these circuits (Cole and Groes 2016).

Labour conflict at Chinese companies in Africa is a widely reported phenomenon by various media and scholars in the West. Based on my 16-month ethnographic research at a Chinese educational farm and a Chinese construction company at Lusaka, Zambia, this chapter is intended to document the daily quarrels and negotiations between Chinese managers and Zambian workers. Beyond the usual story of mutual exploitation, I focus instead on how disagreements and conflicts are a result of contradictory practices in leadership and managerial care at work. More specifically, my ethnographic data will show that, to Zambians, the boss should actively attend to the needs of the worker, whereas, to Chinese, it is the subordinate who should look after the manager. Therefore, in the former case, care in work relationships is directed downwards, but in the latter case, care is directed upwards. Consequently, there is a mismatch of affective performance at work. Furthermore, I will argue that this mismatch is partly due to the difference in the nationalities’ respective historical institutions where labour practices are developed, focusing especially on the importance of the danwei (work-unit) for the Chinese.

In this chapter, I set out to analyse the success of Lions Clubs on the African continent, with a focus on the political aspects of membership. The choice for a political approach has been based on field observations at local club meetings and international events, where it was observed how the Lions Club has a role for the social ascent of individual members but also how African leaders strive for a better position of the Africa-based branch within the global organisation. Lions Clubs International was created in the United States and exported and imposed all of its codes in Africa, where the continental leadership applies them—albeit that in certain circumstances they also modify the rules in view of the objective to gain more African clout within the organisation. It is, therefore, a travelling model () whose modification by the African leaders highlights the latter’s agency and ability to appropriate () and to trick (; ). However, this also poses the question of submission to an extra-continental model (). Is, then, the Lions Clubs model one that travels, or, on the other hand, is it externally imposed? Is it a local translation of a generic matrix reinterpreted by the members in order to create an autonomous network, or rather, an opportunity for the African leaders to showcase their own talents at the expense of their members in a process of extraversion?