The Astronomia Olympi novi and the Theologia Cabalistica were published as part of the Philosophia Mystica (1618). This influential collection of Paracelsian and Weigelian texts was among the first to include a publication of the theologica of Paracelsus. Both of these short pseudo-Paracelsian works were written by Adam Haslmayr (1560–1630), the propagator of the “Theophrastia Sancta,” a philosophical theology of Paracelsus mixed with Weigelian and alchemical influences. These works, taken in the Philosophia Mystica, are among the very few of his texts that appeared in print in his lifetime. In this paper, the content of both pseudepigrapha is analyzed and related to ideas found in both the authentic and the pseudepigraphic works of Paracelsus, as well as in relevant works of some Paracelsians (Khunrath, Figulus, Weigel, Croll, Siebmacher and Mögling). Specifically, the notions of the “Olympus novus” and the “three cabalistic principles” are discussed in a wider context. 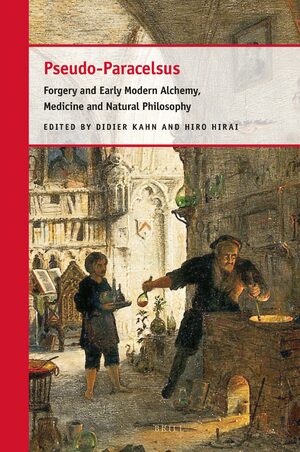 The Authenticity of Paracelsus’ Astronomia Magna and Brief an die Wittenberger Theologen: Towards a Diagnostic Rubric Clarifying Authentic and Spurious Elements in Paracelsus’ Oeuvre on the Basis of Theological Motifs
Author: Dane T. Daniel

The paper is an evaluation of differing opinions regarding the authenticity of two of Paracelsus’ works, the Astronomia Magna (1537/1538) and Brief an die Wittenberger Theologen (1525). Karl Sudhoff – the exceptionally erudite and prolific Paracelsus scholar and editor – considered Paracelsus’ letter to Luther and the Wittenberg theologians to be spurious. Others have questioned the extent to which the Astronomia Magna (often considered to be Paracelsus’ Meisterstück) should be placed among the genuine texts of the Paracelsian corpus. Based on historical and conceptual data, and focusing on Paracelsus’ theology, the author argues that both works under consideration are authentic. The study thus highlights the need to develop a diagnostic rubric for evaluating the authenticity of works in the Paracelsian oeuvre and suggests ideas toward this end on the basis of theological motifs prevalent within Paracelsus’ clearly authentic works.

Early modern alchemical literature is full of pseudonymous corpora. One of the most famous of these is connected with the name Basil Valentine, a supposed Benedictine monk and master of both medicinal and transmutational chymistry. Accreted over a period of nearly a century, the Valentine corpus is complex and heterogeneous. This paper endeavors to organize and recount the construction of the corpus by an array of authors, editors, publishers, and bibliographers, to sort out some of its strata, and to trace the origins and modifications of some of its texts. This exercise will be useful not only for further investigations of Basil Valentine and other pseudonymous chymical corpora, but also for broader studies of forgery and book history.

This article introduces the pseudo-Paracelsian treatise Aurora Philosophorum (last third of the sixteenth century) and focusses on the contexts of a specific genealogy of knowledge presented in this text. It reaches from a divine origin of human knowledge to the universities of the author’s times. Here, the transfer of science throughout history is described as a process of continuous decline. The concept of knowledge negotiated by this text is conceptualized not as theory alone: knowledge has a genuine instrumental and practical aspect. The article also presents the principles of the forthcoming edition and commentary of the handwritten and printed copies of the Aurora Philosophorum.

Into the Forger’s Library: The Genesis of De natura rerum in Publication History
Author: Hiro Hirai

One of the most popular writings ascribed to Paracelsus, De natura rerum appeared in 1572. That was when the movement of forgery production reached its climax, in parallel with the multiple editions of his genuine work Archidoxis. This article aims to place the genesis of De natura rerum in the context of publication history. It will first reconstruct a “library” by surveying the works ascribed to Paracelsus which could serve as instruments for the “author/reworker/editor” of De natura rerum. Then it will examine the evolution of this forgery production by focusing on the divergent editions of Archidoxis from 1569 to 1572.

While De Pestilitate is generally regarded as pseudepigraphic by modern scholarship, the treatise occupied a prominent place in Johann Huser’s definitive edition of Paracelsus’ Bücher und Schrifften (1589–1591). The text offers a compelling and generally reliable guide to Paracelsian plague theory with clear resemblances to the authentic Zwey Bücher von der Pestilentz und ihren zufällen and De Peste Libri tres. The text emphasizes the astrological transmission of the disease, describes a large role for divine retribution and demonological agency, and promotes the utility of folkloric cures. While the plague theory reflects Paracelsus’ own thought and is well synthesized with his tria prima chemical philosophy, there are sufficient dissonances between the text and the corpus of his accepted writings to maintain its pseudepigraphic status, even if it displays some indications of a reworking of genuine Paracelsica.

The pseudo-Paracelsian Philosophia ad Athenienses (1564) draws upon many of the ideas of Paracelsus but combines them with many other elements not found in the genuine works of the Swiss physician. After discussing the details of its edition, we summarize its content, then examine its possible sources, including the authentic texts of Paracelsus by which the unknown author will have taken inspiration. We discuss specifically the question of uncreated prime matter and provide a number of criteria allowing us to consider the treatise as spurious. Finally, we argue that the unknown author wrote this text and ascribed it to Paracelsus in order to produce a more Platonist Paracelsian cosmology than that of the genuine treatises of Paracelsus, which apparently disappointed the unknown author in this regard. 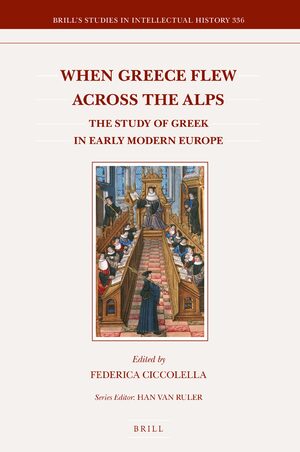 In: When Greece Flew across the Alps

In: When Greece Flew across the Alps