Taking as its focus contemporary Chaos magical practice, this paper interrogates the occultural uses of Howard Phillips Lovecraft’s fictional “Cthulhu Mythos”, initially exploring the development of forms of “Lovecraftian” esotericism by way of a) themes of epistemological and ontological indeterminacy, and b) forms of secular re-enchantment, which are equally evident in Lovecraft’s fiction and in the theory and practice of Chaos magic and its historical antecedents. This is contextualised by way of ethnographic vignettes drawn from the author’s research amongst “The Haunters of the Dark”: a sodality of UK-based Chaos magicians who employed Lovecraft’s fictive universes as the basis of their magical practice. Practitioners’ accounts of the application of Lovecraft’s “Cthulhu Mythos” as a process of “becoming monstrous” are subsequently theorised as an interiorization of alterity and uncertainty, by way of an experiential self-identification with Lovecraft’s imaginary monsters – employing the fiction of the “Cthulhu Mythos” to facitliate guided visualisations, esoteric dreamwork and ritualised possession - to attain “Cthulhu Gnosis”: the production of altered states of consciousness, wherein “The Haunters of the Dark” encountered and internalised the worlds and entities of Lovecraft’s fiction as a means of reconstructing and reshaping selfhood in ways receptive to the shifting and alienating social, economic and cultural topographies of modernity. These occultural deployments of Lovecraft’s fictional monsters are thus framed as forms of re-enchantment responsive to a perception and experience of modernity (and its attendant secular cosmologies governed by seemingly vast, inconceivable and inhuman forces of transnational consumer capitalism) as having itself become monstrously ‘Lovecraftian’. 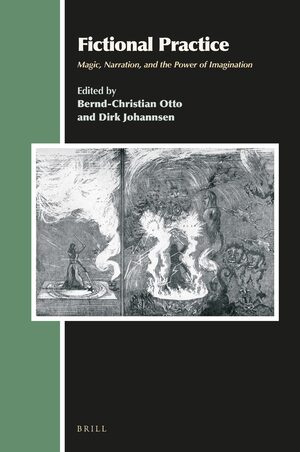 Involving the invocation of the Goddess to enter the body of the high priestess, ‘Drawing Down the Moon’ is one of the core rituals in Gardnerian Wicca. Its name deliberately alludes to the notion, present from the late Classical period onward, that the witches of Thessaly had the power to literally pull the moon down to earth. However, the Gardnerian rite was never intended to simply recreate this ancient ritual, and instead drew on other lunar and goddess-oriented rituals present in Western learned magic for its central premise. This chapter examines the development of this modern Pagan ritual, tracing possible influences in the work of Aleister Crowley, Arthur Edward Waite, and Dion Fortune, and also exploring why Gerald Gardner and the early Gardnerians gave it the name that they did. It subsequently discusses how the terminology of ‘Drawing Down the Moon’ and its associated rite has been used more broadly within the Wiccan community, for instance to bolster (probably misleading) claims for a substantial pre-Gardnerian origin to this new religious movement. Finally, it considers the ways in which the term has filtered into popular culture, often as a means of alluding to modern Paganism. In doing so, this chapter provides an interesting case study regarding the varied ways through which Classical material, including fictional narratives and tropes, have informed contemporary esotericism.

This chapter situates occultist and author Kenneth Grant and his peculiar blend of fictional occultism, represented by his Typhonian Trilogies (1972-2002), as one of the most recent practitioners, chronologically speaking, to blur the lines between literary fiction and magical practice. A firm believer of inducing a magically receptive state in the reader through a Rimbaldian ‘systematic derangement of the senses’, Grant’s works offer a dazzling fusion of Lovecraftian nightmares, Crowleyan tantric techniques, extraterrestrial influences and Rohmerian drug fuelled rituals, if we were to analyse only the most immediate of the British occultist’s influences. After a brief introduction to Grant’s occult system, Giudice draws examples of the blurring of the lines between fiction and practice from Grant’s Trilogies, focusing on the text richest in examples of such experiments in fiction: Hecate’s Fountain. Through these examples, a general theory of Grant’s employment of instances of fiction and practiced magic, to constantly keep the reader in a liminal state of consciousness, is attempted, with particular attention devoted to the British occultist’s use of ufology as a novel instrument to achieve his aims. By employing an old literary device, which he had certainly recognised as being used by previous occultists of the nineteenth and twentieth century, and enhancing it by using novel themes such as the Lovecraft mythos and extraterrestrial entities, Grant has succeeded in creating a vibrant mélange, where, once again, the lines between fiction an reality are constantly being negotiated.

Chapter 7 The Emergence of Fictional Practice in the Hermetic Order of the Golden Dawn
Author: Dirk Johannsen

During the late nineteenth century, creating fiction had become a business and the literary imagination had become a resource. Established in 1888 as a secret society for the practice of magic and the study of the creative imagination, the Hermetic Order of the Golden Dawn provided a considerable infrastructure that would cater to the expectations and needs of upcoming artists. The magic performed within the order promised not only to transform the adepts, but also their art. Among the magicians of the Golden Dawn, it is especially William Butler Yeats who gave a consistent account on how magic would continue to flourish in the modern age: through its merging with fiction. Studying Yeats role in the order between 1890 and 1901, this chapter details how his development of a ‘talismanic poetry’ allowed for a fictional practice in a strict sense: ritualistic and poetic work became dependent upon each other, with their theories aligned and their effects identified to be of the same nature.

The chapter examines some narrative patterns of magic in medieval Icelandic literature and later folklore. By focusing on provocative words, or spells, in particular, the author’s aim is to draw some distinct lines between fictional spell-casters, the mental state of excitement and anger, and real-world situations. Consequently, the examination sheds light on the possible relationship between literary fiction and ritual proctice. The chapter builds upon previous work within Icelandic folklore and saga scholarship, where spells have been treated as a folktale motif, and mainly as a narrative device. In the present study, the author deals with two genres of narratives specifically, the medieval Icelandic fornaldarsögur and the nineteenth-century wonder tales, where magic is most frequently found in the form of spells. Thus, the study is based only on a limited group of sources within Icelandic literature and oral tradition. These sources, however, make it possible for us to take a glimpse at some medieval and early modern Icelandic conceptions of spell-casting, and possibly also remnants of actual belief systems.

The purpose of this concluding chapter is to summarise and synthesise the findings of the entire volume, to weave red threads through the material discussed therein, and to discuss three different types of relationships between fiction and practice that manifested in the history of Western learned magic. Section 1 discusses cases in which fiction has informed practice. Section 2 reverses the perspective and assembles cases in which practice has informed fiction. Section 3 focuses on cases in which the boundaries between fiction and practice are blurred, concluding with unique types of ‘fictional practice’ that seem to have emerged as a culmination of this phenomenon. Assuming that the case studies assembled in the volume are representative of the history of Western learned magic at large, the chapter finally discusses various arguments for a historical trajectory that led to a heightened degree of fiction-practice entanglements from the nineteenth century onwards.

Chapter 11 If One Knows Where to Look, Fiction is Magic
Author: Kateryna Zorya

The fall of the Soviet Union led to an influx of ideas, including religious and esoteric ideas, from the West to former Soviet Union countries. One of the major and underexplored lines of transmission for esoteric currents was via works of fiction, both translated and original, which were published in great amounts following the disintegration of Soviet censorship. Post-Soviet readers—particularly those involved in fringe milieus, including esotericism—retained the habit of perceiving fiction as a way to bypass censorship, and often took fictional descriptions as hints at real practice, which was helped by the early reception of New Age fiction such as R. Bach’s Jonathan Livingston Seagull. Post-Soviet writers, in turn, continued to write fictional texts in order to transmit information they could not or did not want to write plainly, or illustrate ideas in an easy-to-digest way (“instructive esoteric fiction”). The chapter examines how texts of instructive esoteric fiction are composed, what purposes they served in the post-Soviet esoteric milieu, and lists several notable works that were received by post-Soviet esotericists as instructive, whether the author intended them to be or not.

The chapter studies the complex relationship between early theosophy and magical discourses in late 19th century British and American society, comparing relevant writings by H. P. Blavatsky, Henry Steel Olcott, Mabel Collins, Emma Hardinge Britten and similar writers with the emerging literature of magic (ceremonial and other). Particular emphasis is laid on the relation between literary images of magic (e.g. in the novels and tales of Bulwer-Lytton) and the widely divergent statements of leading theosophists, and also on the highly disputed place of magical practice in theosophical groups. Whereas the influence of occult and theosophical ideas on literature has been a subject of much research, the reverse dynamics have found little attention, and allow for many new observations on the relationship between fictional imaginations and occult philosophies.

The author explores the complex relationship between fictional representations of magic in the late Roman world and the rituals preserved in the Greco-Egyptian magical papyri (pgm). He traces the emergence of an elite Roman anti-magical discourse, which stigmatizes magic as a form of cultural ‘pollution’, threatening the values of the Roman order. This discourse is typically framed in terms of transgressive rituals, like necromancy and human sacrifice, and the purported use of defiling substances (excremental and cadaverous materials). The author argues that such fictional blasphemies are ideologically motivated and have no substantive basis in the actual practices of magic, as codified in the handbooks of Greco-Egyptian magicians. While these magicians do at times employ polluting materials in rituals of malign magic and necromancy, these practices are exceptional. Moreover, the subversive and polluting associations of such practices are disarmed by their incorporation in a wider initiatory framework, which stresses the purity of the priestly magician and his alignment with the gods.