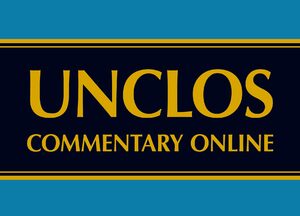 United Nations Convention on the Law of the Sea Online
These Commentaries are based almost entirely on the formal and informal documentation of the Third United Nations Conference on the Law of the Sea (UNCLOS III, 1973-1982), coupled, where necessary, with the personal knowledge of editors, contributors, or reviewers, many of whom were principal negotiators or UN personnel who participated in the Conference. The scope and duration of the “Virginia Commentary” project is without precedent as an academic undertaking in the field of international law. The project was conceived by its editors to meet the need - particularly essential in the absence of an official legislative history for the Convention - for an objective and comprehensive analysis of the articles in the Convention and in the Agreement relating to the Implementation of Part XI of the Convention that entered into force in 1996.

The Supplement to the seven-volume series is also included in the online edition. Prepared at the University of Virginia's Center for Oceans Law and Policy, it contains additional primary documents and materials related directly to the Convention.
Online