Clear All
Download Citations
Page:1234567891011 ...
Hume on the epistemology and metaphysics of value
Author: Tsarina Doyle

This essay examines the manner in which Hume challenges the cognitivist and realist intuitions informing our ordinary experience of value by identifying values with mind-dependent feelings and by separating facts from values. However, through a process of interpretive rehearsal of Hume’s arguments in the first two parts of the paper we find that they come under increasing internal strain, which points, contrary to his initial argument about the irreducibly phenomenal aspects of value experience, to the motivational role of reason and to the identification of values, not with mind-dependent feelings, but with dispositional properties of objects. The third and final part of the paper will offer a systematic reconstruction of his arguments with a view to suggesting one possible – descriptivist – alternative to Hume’s initial challenges, which can serve to satisfy the emerging cognitivist and realist needs of his arguments.

On the Value of Drunkenness in the Laws
Author: Nicholas R. Baima

Plato’s attitude towards drunkenness (µέθŋ) is surprisingly positive in the Laws, especially as compared to his negative treatment of intoxication in the Republic. In the Republic, Plato maintains that intoxication causes cowardice and intemperance (3.398e–399e, 3.403e, and 9.571c–573b), while in the Laws, Plato holds that it can produce courage and temperance (1.635b, 1.645d–650a, and 2.665c–672d). This raises the question: Did Plato change his mind, and if he did, why? Ultimately, this paper answers affirmatively and argues that this marks a substantive shift in Plato’s attitude towards anti-rational desires. More precisely, this paper argues that in the Republic, Plato holds that anti-rational desires are always detrimental to health and virtue, while in the Laws, Plato maintains that anti-rational desires can be instrumental to health and virtue.

On Why Thumos will Rule by Force
Author: Nathan Rothschild

I argue that Republic presents thumos as a limited, or flawed, principle of psychic unity. My central claim is that Plato both makes this assertion about the necessary limitations of thumos, and can defend it, because he understands thumos as the pursuit of to oikeion, or one’s own. So understood, the thumoetic part divides the world into self and other and pursues the defense of the former from the latter. As a result, when confronted with a conflicting desire, the thumoetic part makes sense of that desire as an irredeemable opponent. That, in turn, precludes the persuasion of desires that Plato sees as necessary for psychic harmony.

I argue that Plato’s account of hunger and thirst in Republic IV, 437d–439a uncovers a general feature of desire: desire has an unqualified and a qualified dimension. This proposal, which I call Two Dimensions, captures recognizable motivational phenomena: being hungry and aiming to determine what one is hungry for, or wanting to study and still figuring out what field it is that one wants to study. Two Dimensions is a fundamental contribution to the theory of desire. It is compatible, I argue, with the better known premise that desire is for the good, because the objects of paradigmatic desires are inherently valuable.

Pseudo-Philoponus on the role of experience in grasping the first principles
Author: Péter Lautner

Aristotle’s notion of experience (in the sense involved in being an experienced person) occupies an important place in his account of scientific understanding and its methodology. It is linked, not only to sense-perception and the principles of skill and scientific understanding, but also, methodologically, to ἐπαγωγή. Due to its various involvements it has a complex job to perform. Such a complexity – or Janus-face – gives rise to many questions concerning its status and content. Many of these questions were raised in later antiquity. In the introductory part of the paper I shall give a very brief summary of Aristotle’s notion of experience, concentrating on issues that will be relevant next, and then discuss the explanation we find in a commentary which has come down to us under the name of Philoponus. I do it in the hope that the discussion sheds light on novelties in the commentator’s approach which deserve attention.

Why Socrates Should Not Be Punished
Authors: Thomas C. Brickhouse and Nicholas D. Smith

Abstract: In her recent paper, “How to Escape Indictment for Impiety: Teaching as Punishment in the Euthyphro,” G. Fay Edwards argues that if Socrates were to become Euthyphro’s student, this should count as the appropriate punishment for Socrates’ alleged crime. In this paper, we show (1) that the interpretation Edwards has proposed conflicts with what Socrates has to say about the functional role of punishment in the Apology, and (2) that the account Socrates gives in the Apology, properly understood, also provides the correct interpretation of what Socrates says in the Euthyphro about the role of instruction for wrongdoers. 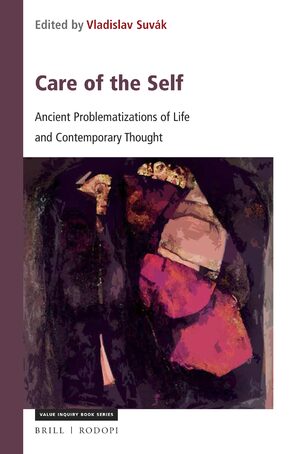 In Posterior Analytics 2.19, Aristotle argues that we cannot have innate knowledge of first principles because if we did we would have the most precise items of knowledge without noticing, which is impossible. To understand Aristotle’s argument we need to understand why he thinks we cannot possess these items of knowledge without noticing. In this paper, I present three different answers to this question and three different readings of his argument corresponding to them. The first two readings focus on the fact that we do not use the knowledge we allegedly possess innately. However, I argue that these readings fail to produce convincing arguments. I then offer a third reading, which focuses on the fact that we do not notice the knowledge we allegedly possess innately when we use it for the first time (i. e., on Plato’s account, when we recollect). I argue that this reading produces a more convincing argument than either of the first two.

In Posterior Analytics 71b9–12, we find Aristotle’s definition of scientific knowledge. The definiens is taken to have only two informative parts: scientific knowledge must be knowledge of the cause and its object must be necessary. However, there is also a contrast between the definiendum and a sophistic way of knowing, which is marked by the expression “kata sumbebekos”. Not much attention has been paid to this contrast. In this paper, I discuss Aristotle’s definition paying due attention to this contrast and to the way it interacts with the two conditions presented in the definiens. I claim that the “necessity” condition ammounts to explanatory appropriateness of the cause.