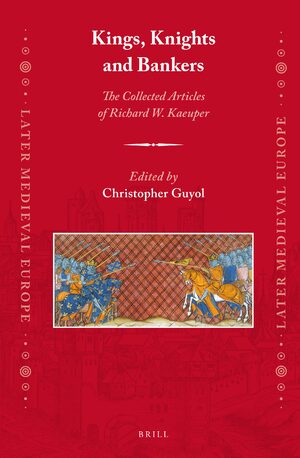 Kings, Knights and Bankers
The Collected Articles of Richard W. Kaeuper
Series: Later Medieval Europe, Volume: 13
Authors: Richard Kaeuper and Christopher Guyol
In Kings, Knights, and Bankers, Richard Kaeuper presents a lifetime of medieval research on Italian financiers, English kingship, chivalric violence, and knightly piety. His foundational work on public finance connects Italian merchant banking with the growth of state power at the turn of the fourteenth century. Subsequent articles on law and order offer measured contributions to the continuing debate over the growth of governance and its relationship with contemporary disorder. He also convincingly proves that knights, the foremost military professionals of the medieval world, considered their prowess as both a source of honor and of sanctification. All interested in the history of medieval chivalry, governance, piety, and public finance can learn from this impressive collection of articles.
E-Book