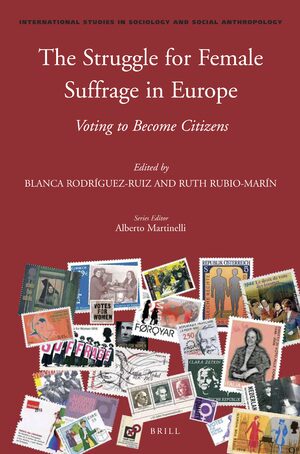 The Struggle for Female Suffrage in Europe
Voting to Become Citizens
Series: International Studies in Sociology and Social Anthropology, Volume: 122
Editors: Blanca Rodriguez Ruiz and Ruth Rubio Marín
Whilst scholarship on women’s suffrage usually focuses on a few emblematic countries, The Struggle for Female Suffrage in Europe casts a comparative look at the articulation of women’s suffrage rights in the countries that now make up the political-unity-in-the-making we call the European Union. The book uncovers the dynamics that were at play in the recognition of male and female suffrage rights and in the definition of male and female citizenship in modern Europe. It allows readers to identify differences and commonalities in the histories of women’s disenfranchisement and sheds light on the role suffrage has played in the construction of female citizenship in European countries. It provides the background against which a new European paradigm of parity democracy is gradually asserting itself.
E-Book