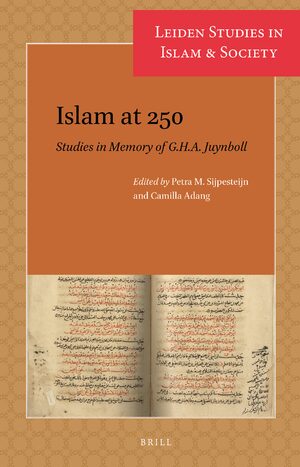 Islam at 250
Studies in Memory of G.H.A. Juynboll
Series: Leiden Studies in Islam and Society, Volume: 10
Editors: Petra M. Sijpesteijn and Camilla Adang
Islam at 250: Studies in Memory of G.H.A. Juynboll is a collection of original articles on the state of Islamic sciences and Arabic culture in the early phases of their crystallization. It covers a wide range of intellectual activity in the first three centuries of Islam, such as the study of ḥadīth, the Qurʾān, Arabic language and literature, and history. Individually and taken together, the articles provide important new insights and make an important contribution to scholarship on early Islam. The authors, whose work reflects an affinity with Juynboll's research interests, are all experts in their fields. Pointing to the importance of interdisciplinary approaches and signalling lacunae, their contributions show how scholarship has advanced since Juynboll's days.
E-Book 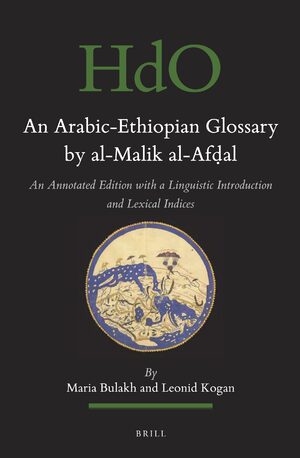 Appendix 1: Summary of the Contents of the Arabic-Ethiopic Glossary
Authors: Maria Bulakh and Leonid Kogan

Appendix 2: Arabic Graphemes and the Values Ascribed to Them in the Edition
Authors: Maria Bulakh and Leonid Kogan

The Arabic-Ethiopic Glossary by al-Malik al-Afḍal
An Annotated Edition with a Linguistic Introduction and a Lexical Index
Series: Handbook of Oriental Studies. Section 1 The Near and Middle East, Volume: 113
Authors: Maria Bulakh and Leonid Kogan
The Arabic-Ethiopic Glossary by al-Malik al-Afḍal by Maria Bulakh and Leonid Kogan is a detailed annotated edition of a unique monument of Late Medieval Arabic lexicography, comprising 475 Arabic lexemes (some of them post-classical Yemeni dialectisms) translated into several Ethiopian idioms and put down in Arabic letters in a late-fourteenth century manuscript from a codex in a private Yemeni collection. For the many languages involved, the Glossary provides the earliest written records, by several centuries pre-dating the most ancient attestations known so far. The edition, preceded by a comprehensive linguistic introduction, gives a full account of the comparative material from all known Ethiopian Semitic languages. A detailed index ensures the reader’s orientation in the lexical treasures revealed from the Glossary.
E-Book 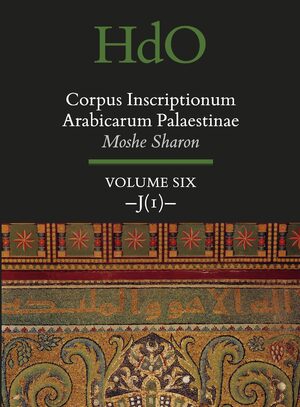 Corpus Inscriptionum Arabicarum Palaestinae, Volume Six: -J (1)-
Series: Handbook of Oriental Studies. Section 1 The Near and Middle East, Volume: 30/6and Corpus Inscriptionum Arabicarum Palaestinae, Volume: 30/6
Author: Moshe Sharon
Western Palestine is extremely rich in Arabic inscriptions, whose dates range from as early as CE 150 until modern times. Most of the inscriptions date from the Islamic period, for under Islam the country gained particular religious and strategic importance, even though it made up only part of the larger province of Syria.
This historical importance is clearly reflected in the hundreds of inscriptions, the texts of which cover a variety of topics: construction, dedication, religious endowments, epitaphs, Qur'anic texts, prayers and invocations, all now assembled in the Corpus Inscriptionum Arabicarum Palaestinae ( CIAP).
The CIAP follows the method established at the end of the 19th century by Max van Berchem, namely, the studying of the Arabic inscriptions 'in context'. Van Berchem managed to publish two volumes of the inscriptions from Jerusalem: the CIAP covers the entire country. The inscriptions are arranged according to site, and are studied in their respective topographical, historical and cultural context. In this way the CIAP offers more than a survey of inscriptions: it represents the epigraphical angle of the geographical history of the Holy Land.
Volume One: A, was published in 1997, Volume Two: -B-C- in 1999, Volume Three: -D-F- in 2004, Volume Four: G in 2008, an Addendum in 2007 and Volume Five: -H-I- in 2013. All volumes are still available.
E-Book