Substituting a speech act approach for the traditional "separation of powers" approach, Hallett argues that he who controls the drafting of the declaration of war also controls the decision to go to war. 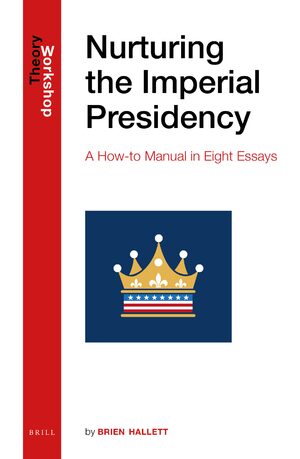 Substituting a speech act approach for the traditional "separation of powers" approach, Hallett argues that he who controls the drafting of the declaration of war also controls the decision to go to war.

Appendix B British Declaration of War against France, 7 May 1689
Author: Brien Hallett

In an effort to better understand and explain the incapacity of legislatures to decide and declare war, executive decision-making is contrasted with collective decision-making. Both functional and organizational contrasts are explored.

Appendix A The Declaration of Independence and Twelve Congressional Declarations of War
Author: Brien Hallett

Chapter 5 The Declaring of War as a Conflict Resolution Strategy
Author: Brien Hallett

The chapter discusses the conflict resolution potential of conditional declarations of war. This potential is unlocked by a strict adherence to procedural justice. Unlocking procedural justice, however, implies a strict adherence to the decorous solemnity that the Romans called pium (“piety”). In the case of war, pium is achieved most effectively through parliamentary procedures in a decision-making assembly. Parliamentary procedures are both procedurally just and pium because the intention/decision is not made privately before the text is drafted in private and, subsequently, declared publicly. Rather, the text is drafted in a public process before a public vote brings into existence the collective intention/decision simultaneously with the declaration.

The chapter concludes with a brief discussion of the Roman conception and practice of war: Conceptually, the purpose of war for the Romans was not to compel victory through an act of force, but to agree upon a renewed association through a treaty of alliance, often in the form of a peace treaty. Practically, a strict adherence to the solemn decorum of the jus fetiale facilitated a substantively just declarative act, the Romans believed. Namely, an act that sought an agreed upon a renewal of association through a treaty of alliance with the conflict partner.

This chapter shifts from discussing the incapacity of legislatures to intend/decide and draft/declare war to defining the contested terms “armed conflict,” war, and declarations of war. Disaster declarations and the 1931 Mukden Incident are employed as contrastive examples, among others.

The chapter employs Clausewitz and a generalized version of the traditional just-war criteria—the just interaction criteria—to argue that no republican constitution can be based upon a theory of “checks and balance.” Rather, a republican constitution must be based on a structural and functional distinction between ends and means. Namely, between a collective speaker who decides and declares policy ends and an executive speaker who decides on and orders the material means chosen to accomplish the political end. In this regard, the shortcomings of recent legislative veto laws, in France, Germany and elsewhere are compared to the 1973 War Powers Resolution.

An historical account of executive war-making and the rise of elected constitutional monarchies is used to distinguish democratic politics from republican constitutions. The account moves from the ancient concepts of power and majesty to the medieval concept of sovereignty. Jean Bodin, John Locke, and Montesquieu’s confusion over the functional analysis of “sovereignty” is then leveraged to explain, in part, the incapacity of legislatures to decide and declare war.