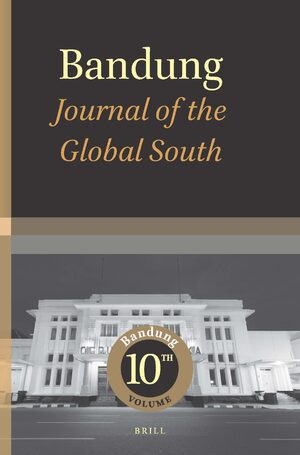 This Policy Insight article argues that a growing security partnership between Russia, Iran, China, Turkey, Iraq, and Syria (rictis) will push the Middle East into an era of bipolarity. The paper demonstrates that rictis has significant convergence on regional security issues, and that these interests are distinct from those held by the American Security Camp, a collection of states that include the United States, Saudi Arabia, Israel, and the United Arab Emirates. The paper also argues that rictis has military and energy advantages that allow it to confront the American Camp’s regional dominance. Our analysis demonstrates how rictis might help deter unilateralism and democratize regional decision-making.

The Pa-O National Organisation (pno) was the only pro-regime ethnic political party that managed to retain all its seats in the 2015 Myanmar election. Amid accusations of rampant land grabbing and faced strong competitions from political parties at the national, regional and local levels, how did the pno manage to secure the seats? Through quantitative analysis, the paper noted a statistically significant volatility in the turnover of village tract leaders (vtl s) in the township where resistance was strongest. This in turn suggested that the pno relied on the vtl s to enforce social control. There is a clear gap in existing literature on how social control is constructed at the local level. Applying the state-in-society theoretical framework by Migdal, this paper aims to identify the ‘implementer’ in the crucial process of social control in the Pa-O saz, thereby helping to shed light on how local politics work.

Community management of inland openwater fisheries in Bangladesh has introduced and practiced through the Community Based Fisheries Management (cbfm) approach with partnership arrangement of government and non-government organisations, fisher communities and other stakeholders. One of the principles behind community based fisheries management is to improve fishers’ income and reduce transaction costs efficiently. The implementation of the cbfm approach has experienced a significant contribution towards fishers’ income and transaction costs. cbfm arrangement introduced fisher led, community led and women led approach. Community based organisations (cbo s) as local institutions have been established through community participation under cbfm approach.

The 1978 Constitution of Sri Lanka established a semi-presidential system within the country with constitutional provisions for a powerful executive presidency. Three decades later, practices of the presidents in the post-war period show commonalities with the Sinhala monarchy that prevailed in early colonial Sri Lanka. To substantiate this argument, this paper focuses on four kings from the Sithavaka and Kandyan kingdoms who reigned in Sri Lanka during the Portuguese colonization and the early years of Dutch colonization, i.e. from 1521 to 1687. These kings governed by feeding off perpetual conflict, using such as a political tool to retain their dictatorial authority and political relevance. Despite being formally constrained by the 1978 Constitution, presidents in the post-war period engage in a similar form of governance. However, this local conceptualization of the executive as a monarch clashes with the substantive democratic rationality of the office of president, which requires constitutional and political checks that apply beyond elections. Due to this clash between governance by perpetual conflict, which gains legitimacy from and has been instituted since Sri Lanka’s early colonial past, and democratic governance, the establishment of democratic constitutional norms within the country has been unstable.

This article discusses the origins and structure of what for the lack of a better term I will call the ‘Paulo Freire System’. Focusing on the historical experience of Angicos which catapulted Freire to world fame as an adult educator, a major claim of this article is that Freire’s work was a much more ambitious and revolutionary project than transforming adult education and literacy training becoming another landmark in the history of popular education in the region. The Angicos experience connecting public education with popular culture, the system that Freire and associates imagined in the sixties aimed for a profound and revolutionary transformation of public education in Brazil. With his exile in 1964, popular education becomes a model that could deeply affect public education worldwide. Represented theoretically in the pages of Pedagogy of the Oppressed, a pedagogical classic of the twenty first century, education is for Freire critical hermeneutics, addressing the dilemmas of citizenship building with a postcolonial ethics.

This Policy Insight article aimed to review Russia’s policies toward Belarus since the outbreak of the post-election protests. Russia tries to minimise the impacts of the crisis in Belarus to prevent the possibilities of the redistribution of power when it faces the “2024 problem”.

A Sociological Analysis of the Performance and Subjective Well-being of Elite Sports Players in China
Authors: Sai-fu Fung, Qian Huang, and Xiaoli Zhang

We were inspired by the market transition theory to investigate the relationship between elite sports players’ performance, subjective well-being and demographic characteristics with the lens of Weberian concept of instrumental rationality (zweckrational). This cross-sectional study was recruited 144 (Mage = 18.96, sd = 3.129) professional athletes in gymnastics, combat sports (including boxing, taekwondo, weightlifting, judo and wrestling), soccer, swimming and wushu (Chinese martial arts), in a government-operated sports institution in China. A hierarchical regression analysis was implemented to observe the relationship between the following variables, the subjective well-being, instrumental factors and other demographic factors, including gender, age, educational level, number of years on professional team and injury record. The results show that the bonus incentive system is the most important predictor of the athletes’ performance. We argue that under the context of China’s market transition, the lens of instrumental rationality can shed light on how the means-end calculations of elite athletes affect their sports performance.

Varieties of Clientelism in Comparative Democracies: Power, State Formation and Citizenship in the Philippines, Bosnia and Herzegovina
Author: Cleo Anne A. Calimbahin

Clientelism in comparative democracies have evolved through time within informal and formal institutions. Using the book by Brkovic, that follows the tradition of challenging the unidimensional view of clientelism in Bosnia and Herzegovina, this essay provides the Philippine case as contrast and comparison. The article examines how both countries’ experience can open new avenues for us to understand the durability of clientelism and its relationship with formal and informal institutions. Brokovic’s agency and personhood within clientelistic relationships accounts for the endurance of this practice in democratic societies that experienced transition. Clientelism persists in part due to the reliability of personal relations over the ability of public institutions to deliver. This review article will probe clientelism, as it manifests in the politics of the Philippines and its democratic institutions. Among the multiple types of clientelistic relationship in the Philippines, some emphasize the role of machine politics, corruption, and coercion. Brković’s book provides a new lens of analysis by looking at clientelism through personhood and agency as power. The contribution of the book on the discourse of clientelism can deepen the understanding of Philippine politics because it encourages an analysis that looks at the exercise of democracy through personhood, agency, and informal institutions. It invites us to view clientelism not just through corruption and violence. By combining the analysis that utilizes formal and informal institutions, personhood and structuralist, this essay explains why some countries that have transitioned into democracies remain ambiguous states and explain the persistence of clientelism.