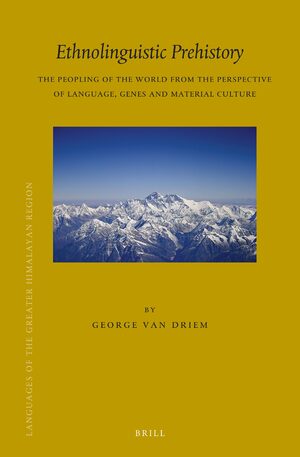 Chapter 7 From India to Europe and Back
Author: George van Driem

Among Saints and Poets: The Spiritual Topography of Medieval Shiraz
Author: Denise Aigle

Shiraz is distinguished from other cities due to its reputation as the city of saints and poets, as previously emphasised in the title of Arberry’s book of 1960: “Shiraz, Persian City of Saints and Poets”. In textual sources, the city is the “Fortress of saints” (burj al-awliyāʾ). Shiraz owes its sanctity to the many mausoleums dedicated to the descendants of ʿAlī b. Abī Ṭālib (and Šāh-i Čirāġ), as well as famous mystics such as Šayḫ Kabīr (d. 371/982) and Rūzbihān Baqlī (d. 606/1209). The poets Saʿdī (d. 691/1292) and Ḥāfiẓ (d. 792/1390) celebrated Shiraz as the city of roses and nightingales. Their sanctuaries, which still the object of pious visits, accentuate the “capital” of city’s sacrality.

After reconstructing the urban space in which the sacred buildings are located, the purpose of this paper is to show how the specific sanctity of the city emerged from the textual sources. Two major texts addressing the sanctity of Shiraz date from the eighth/fourteenth century. In the Šīrāz-nāma (completed in 744/1343), Ibn Zarkūb unfolds the history of the city and speaks of its merits. In Šadd al-īzār (ca. 791/1389), a guide for pilgrimage to Shiraz’s seven cemeteries, Junayd Šīrāzī describes the ritual geography of the city. He notes the places where the Shirazis are buried, thus establishing the symbolic presence of the deceased among the living. Alid shrines in particular thus contributed to the “capitalisation of the sacred” in Shiraz. 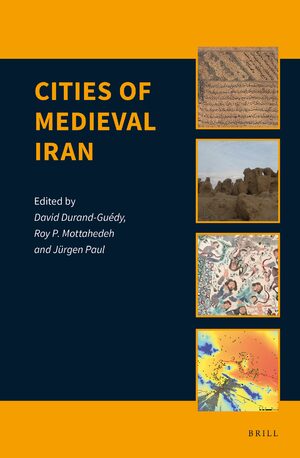 Balkh, from the Seljuqs to the Mongol Invasion
Author: Jürgen Paul

The current article deals with the forms of local rule at Balkh in the Seljuq and post-Seljuq period up to the Mongol invasion. At all times we observe relatively high degrees of regional autonomy, in which local rulers were far more than “governors”. Balkh was a regional state, or “minimal beylik”, at times included within larger imperial structures and at others continuing more on its own. Military manpower was frequently provided by Turkish nomads (Ghuzz), who are seen throughout the period as a powerful regional force. Urban notables (aʿyān) played a decisive role in local rule, in particular the qadis, who judged according to sharia rules, and the raʾīs, in charge of fiscal and administrative affairs. Besides these office holders the sayyids must also have been important, alongside other Muslim scholars, mostly Hanafi. Balkh therefore is another example for the amīr-aʿyān system, as has been described in detail for other Iranian cities of the Seljuq period. In the post-Seljuq era the situation continues but becomes more unstable. Hereditary lines of emirs emerge again and again, but the sources do not offer a clear picture of the chronological and prosopographic details.

The paper draws on general historiography, the extant city history and other narrative and non-narrative sources, as well as numismatic evidence.