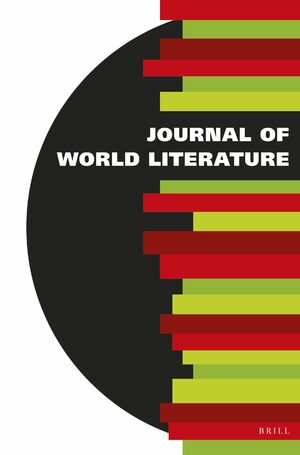 Adam Smith’s Wealth of Nations (1776) is the central locus of ideological conflict in the Ibis trilogy, but its role has received no sustained scholarly attention. Amitav Ghosh writes against the doctrine of free trade as envisaged by colonialists, but not against trade itself. This essay argues that the Ibis trilogy offers a critique not of Smith’s ideas, which the author may even share, but of their colonial distortions through a transcultural, humanist expansion of their scope. In a neat epistemological reversal, Ghosh’s fiction recovers the original Smith to counter the misappropriated Smith of the colonial fictions that reduce his political economy to the invisible hand.

In his most notable work, Against Method (1975), Paul Feyerabend postulates the logical necessity of a “theoretical anarchism,” rising from his conviction that a method which encourages a variety of opinion is also the only method compatible with a humanitarian outlook. This essay suggests that The Calcutta Chromosome (1995) perfectly embodies in a literary form the idea of theoretical scientific anarchism. In particular, the idea that other forms of human cultural expression and unconventional knowledge have equal if not better chances to get to revolutionary discoveries, and that a proliferation of theories and points of view is ultimately beneficial to, and arguably the one powerful engine of, scientific discoveries. This opinion, apparently upheld by the novel, chimes in perfectly with Feyerabend’s perspective. Through the novel, among other aspects, Amitav Ghosh aims at deconstructing the certainties of the historiography of science, and within this framework, the Austrian philosopher’s theory proves to be an interesting tool to interpret this peculiar novel.

Amitav Ghosh grew up with many languages, and his novels have always embraced some forms of multilingualism. With the Ibis trilogy, multilingualism seems to not only celebrate the linguistic diversity of South-East Asia, but also reflect on how languages influence one another. Thus different Indian languages, French, Cantonese, Laskari, and Mauritian Creole are woven into the fabric of the text, and Ghosh depicts the Indian Ocean as a melting pot where languages are reinvented as fast as the characters adapt to challenging situations.

Focusing on River of Smoke (2011), this essay maintains that, using commerce, indentured labour, and the opium trade as historical background, Ghosh exposes how languages serve as tools of negotiation and power, and how they allow one to position culturally in the globalized Indian Ocean marketplace. Drawing on Marshall McLuhan’s notion of “global village,” the essay further contends that Ghosh, like a linguistic anthropologist, maps the Indian Ocean as a strategic platform of colonial power and puts globalization in perspective with creolization, hybridization and linguistic migrations to reveal the complex inner-workings of the Empire.

In the midst of Indian feudalism, in a society divided according to castes and under the pressure of imperial indenture system among the girmitiya people, egalitarian solidarity and cultural pluralism thrive almost surprisingly. Indentured labourers in the Indian Ocean seize a unique occasion to re-invent their identities as jahaji-bhai and jahaji-bahen. Syncretism, in Amitav Ghosh’s Ibis trilogy, is marked by an exceptional resilience illustrated by Indian indenture labourers while adapting to new sets of socio-cultural milieus in an unexplored geo-political condition of the host cultural space. The focal point of this essay is the trajectory undertaken by the indentured people in dissolving the barriers between communities, nations, and individuals for a cosmopolitan welfare. The essay also studies the evolution of hybrid identities of the jahaji-bhais and jahaji-bahens and the routes/roots of cultural endurance and South Asian cosmopolitanism.

In Amitav Ghosh’s Flood of Fire (2015), Mrs Burnham, the wife of the colonial free trader Mr Burnham, is caught between her public self as a “memsahib” and her private world of debauchery with the mulatto sailor Zachary Reid. As a representative woman of European civilization in colonial India, she is supposed to be the very embodiment of Victorian morality and righteousness. However, in her private life she appears a dissatisfied creature; forcibly separated from the man she loves and married off to a man fifteen years older than her, her desire was “contained” by the affluence of her husband. The present essay intends to assess, from the perspectives of the Foucauldian, Freudian, and Lacanian theories, Ghosh’s representation of the “curious case” of Mrs Burnham’s conflicted morality caught between self and identity, desire, and decorum.