The conclusion returns to the model of the counter crusade, and re-evaluates it on the basis of the preceding chapters. It argues that whilst the basic parameters of the model of the counter crusade remain unchallenged for the practice of jihād in the twelfth and the thirteenth centuries, they are inadequate in the context of the ideology of jihād. When alternative discourses of jihād are taken into account, the twelfth and thirteenth centuries emerge as a period wherein scholars continuously wove together different discourses of jihād in attempts to encourage their rulers and their co religionists to fight against the Franks: this was not an iterative process working towards a new and fundamental jihād ideology, but rather a process of flux and reflux which was inherently relative to the changing socio-political contexts. In this way, it argues for the necessity of disengaging the political dimension of the revival of jihād from its ideological dimensions: the monograph demonstrates that there was no delay between the arrival of the Franks and attempts to modify jihād ideology, and that this urge to modify jihād was continuous and reflexive throughout the twelfth and thirteenth centuries.

The first chapter discusses the broader development of jihād before the twelfth century. It outlines the two main branches of the discourse on jihād: the juristic discourse of jihād, which was founded upon the opinions and writings of religious scholars, and an alternative discourse of jihād which focused on the spiritual and the individual and which arose from Sufi texts. This discourse is known as jihād al-nafs in modern scholarship and as mujāhada in Sufi texts. After outlining how these two discourses had crystallised by the eve of the First Crusade, the chapter argues that a third discourse of jihād emerged on the Muslim-Byzantine frontier in eighth-century al-Shām in the Kitāb al-jihād of Ibn al-Mubārak (d. 181/797), from where it was exported to other frontiers. This discourse argued that the demonstration of devotion to God and to Islam was enacted through military action and necessarily culminated with martyrdom, and exhibited some elements in common with the Sufi discourse.

The introduction presents the rationale for an in-depth study of jihād ideology in the twelfth and thirteenth centuries, arguing that while the practice of jihād in this period has been well-studied, we have only a limited idea of contemporary perceptions of jihād. It provides the background and necessary context to the monograph; in particular, it outlines the current model for understanding twelfth- and thirteenth-century jihād–known as the counter-crusade–and its limitations. Finally, it provides an overview of the structure of the monograph.

The fourth chapter turns to the continuing development of jihād ideology in the first half of the thirteenth century. Through recourse to the Kitāb al-arbaʿīn of Abū al Faraj al Wāsiṭī (d. 618/1221) and two works by ʿIzz al-Dīn al-Sulamī (d. 660/1262)–his Kitāb aḥkām al jihād wa faḍāʾiluh and the Targhīb ahl al Islām fī suknā al Shām–the chapter argues that this period saw the inclusion of eschatological motifs in jihād propaganda, which suggests the existence of an alternative strand within jihād ideology wherein the marrying of jihād and the eschatological dimension of the faḍāʾil material persisted. More importantly, this strand of jihād ideology was highly critical, and used eschatology to chastise the actions and inactions of the rulers. The keenness of this criticism also suggests that the alliance between the sultans and scholars, which developed under first Nūr al Dīn and then Saladin, did not continue unproblematically into the thirteenth century.

The second chapter focuses on the Kitāb al jihād of Abū al-Ḥasan al Sulamī (d. 500/1106). This text is the earliest surviving Muslim response to the First Crusade. After outlining Abū al-Ḥasan al-Sulamī’s biography and his work in more detail, the chapter moves to his understanding of jihād. In contrast to much of modern scholarship, the chapter argues that whilst the juristic discourse of jihād was the basis for his understanding of jihād, Abū al-Ḥasan al-Sulamī departed from it significantly by drawing upon the mujāhada discourse of the Sufis and–more significantly–by integrating eschatological material preserved in the faḍāʾil al Shām (Merits of al-Shām) literature. In doing so, it is argued that he articulated an alternative model of jihād to suit the political circumstances of the early twelfth century. The inclusion of the faḍāʾil al Shām material, upon which his argument rests, creates a deliberate association between al Shām and jihād, and in doing so presents a distinctly Syrian understanding of jihād wherein al Shām was the home of the true mujāhidūn. 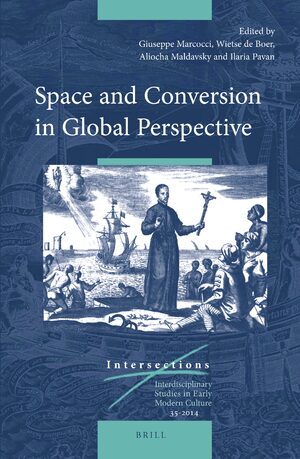