Clear All
Download Citations
Page:123456789
Part 1 The Banality and the Familiarity of Evil
Editor: Kanta Dihal 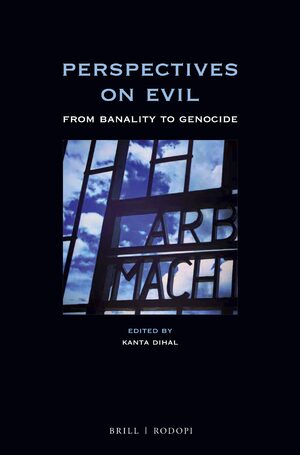 Part 3 Capitalism and the Socio-Psychology of Evil
Editor: Kanta Dihal

Chapter 12 Choosing between Two Evils: a Philosophical Consideration of the Defences of Necessity and Duress in English Law
Author: Stephen Banks

Dudley and Stephens (1884) has never been over-ruled in the common law courts. In this celebrated shipwreck and cannibalism case Lord Coleridge famously refused to weigh the value of one life against others and in doing so he laid down a seminal principle of English criminal law that mere necessity would never be an excuse for murder. Since then judges have been guided by his declaration that, ‘To preserve one’s life is generally speaking a duty, but it may be the plainest and highest duty to sacrifice it’, even though he himself confessed that ‘we are often compelled to set up standards which we cannot reach ourselves.’ Legal philosophers have wondered though – for the law extends not just to the sacrifice of oneself but also others. The man who kills an innocent third party in response to an immediate and dire threat against his children remains categorised as a common murderer. Using the medium of a contemporary case Re A the author examines the hesitant but increasing willingness of courts and prosecutors, particularly in medical cases, to authorise otherwise ‘evil’ and fatal acts to avoid greater harms. The law though has not advanced upon a principled basis. The author ultimately returns to the questions raised by Coleridge himself. If necessity is to be a defence to the killing of others who can be the judge of such necessity and by what criteria are the comparative values of lives to be measured?

Part 4 Dehumanization, the Law and the Prison
Editor: Kanta Dihal

How does one forgive such evil acts as those perpetrated during a genocide, acts that Hannah Arendt famously referred to as ‘extreme evil?’ The words ‘never again’ uttered after the Holocaust of the Jews fell silent in the horror of ensuing genocides, including the 1994 genocide in Rwanda. As I write, ethnic cleansing and massacres continue to stain humanity. Yet, extraordinarily, some survivors find a way of not only transcending the pain, but also of forgiving their perpetrators. How does one let go of the resentment and pain that result from such incomprehensible acts of evil? My intention in this chapter is not to establish a comprehensive definition of forgiveness, nor to offer a set protocol for its process. Rather, I would simply like to examine the complexities of the extraordinary forgiveness involved when confronted with such incomprehensible evil. After examining various historical definitions of forgiveness, followed by examples of individual struggles to forgive such atrocities, I hope to demonstrate that forgiveness by analogy could assist in understanding that which is beyond reason.

Chapter 1 From Victims to Perpetrators: the Banality of Evil in Jonathan Littell’s The Kindly Ones
Author: Damian Catani

This chapter seeks to counter the ethical apathy French philosopher Alain Badiou attributes to the ‘victim mentality’ of Western liberal society, a mentality that stems from our over-reliance on the post-Holocaust notion of Radical evil. It does so by revalorising, through a close reading of Jonathan Littell’s fictional 2006 autobiography of a former Nazi, The Kindly Ones (Les Bienveillantes), an alternative strand of post-Holocaust thought: namely, Hannah Arendt’s notion of the banality of evil. The recent revival of this paradigm by American philosopher Susan Neiman, amongst others, pre-emptively alerts us to our own potential propensity for evil-doing by controversially shifting our focus from the subjectivity of victims to that of perpetrators whose psychological motives are often more similar to ours than we would care to acknowledge. Subverting the conventions of the typical Holocaust novel, Littell’s unique rehabilitation of Arendt’s theory through the voice of a former perpetrator as opposed to a victim elicits in his reader, especially through his semi-fictional portrayal of ‘ordinary’ real life Nazi Adolf Eichmann, a significant degree of moral self-interrogation that is lacking in standard approaches to this novel. Such approaches include the psychoanalytical theories of Julia Kristeva and Klaus Theweleits or the victim-based ‘ethics of the other’ endorsed by Claude Lanzmann, but denounced by Badiou. The chapter concludes with Littell’s pragmatic suggestion that the ancient Greek system of justice, which punishes evil acts rather than evil intentions, is the most appropriate response to the arbitrariness that is inherent to the banality of evil.

In this chapter I shall attempt to rethink the problem of evil through Max Scheler’s idea of ressentiment. It seems that ressentiment is pertinent to approaches to evil, primarily because heinous mass murders (genocides, ethnic cleansing, racist and religious pogroms) are rooted in powerful negative feelings which aim at devaluing the ‘other’. I shall focus here on another facet of ressentiment: It concerns agents who conveniently blame institutions, which are held responsible for all sorts of misfortunes. Using Luhmann’s systems theory we can surmise that ressentiment may stem from the rigid binary code which sets a social system’s self-definition in motion. Systemically coded dualisms (‘left-right’, ‘progressives-conservatives’, ‘public-private’) and the ‘absolute’ ‘good-evil’ opposites which they yield give rise to feelings of ressentiment among groups and collectivities and shipwreck important reforms that would mitigate suffering. I shall argue therefore that if the category of evil is sufficiently widened to include the ressentiment problematic, then it can equip social scientists with better moral resources grounded also on significant empirical findings (e.g. Wilkinson and Pickett’s The Spirit Level). These findings bear on how ‘inequality gets under the skin’ leading to pathological re-affirmations of the self through the systematic devaluation of the ‘other’. In the context of Wilkinson and Pickett’s work, I will also draw on examples of ressentiment from contemporary Greece with reference to: a) the unexpected rise of Nazi sympathizers; b) the stringency of the ‘public-private’ rhetoric (coded as an absolute dichotomy by the Greek Left) and its negative impact for several ‘ressentiment’-based polarizations within Greek society.

Chapter 3 In Plain Sight: the Ethics of Proximity in the Holocaust and the Rwandan Genocide
Author: Sarah Gendron

In Eichmann in Jerusalem: A Report on the Banality of Evil, Arendt describes Eichmann’s demeanour as incongruous with his monstrous reputation as a pivotal player in the deportation and extermination of Jews. Defending his actions as those of a career-minded worker with limited knowledge of everything outside of his purview, Eichmann declared his innocence. Eichmann’s claim to guiltlessness was further bolstered by the temporal, spatial, and cognitive distance he claimed to have from the killings themselves. The distance-defence was not an anomaly in Holocaust war-crimes trials. The compartmentalization of duties, coded language, and scarcity of incriminating documentation – employed to keep the victims, general public, and international community at a distance – allowed perpetrators the possibility of claiming ignorance regarding the ‘Final Solution.’ The introduction of remote technologies used in extermination permitted even those responsible for the killings a physical distance from which to later plead their innocence. In contrast stands the extraordinary proximity involved in the Rwandan genocide. The killings were intimate and public affairs. Victims were identified on the radio and were sought out at road blocks and in their homes. The perpetrators were often co-workers, neighbours, or local representatives. Rarely did they kill from a distance. More frequently, victims were slaughtered by nail-studded clubs and machetes, and left to bleed out in the streets in plain sight. Looking to the Holocaust and Rwanda as case studies, this chapter explores the changing face of evil in philosophic thought and its cataclysmic results in the latter half of the 20th century.

This chapter examines some ways in which architecture has been used to reflect and commemorate ideas about evil. Architectural forms reflect the world that evil is perceived to inhabit. By comparing early medieval descriptions of hell with Albert Speer’s designs for a new Nazi Berlin, we can come to a better understanding of what each age thought about evil and how it was reflected in architectural design. Other architectural monuments are examined for their role in reflections upon evil. It becomes clear that the nature of evil has shifted, from a force outside of humanity to one within.