The movement of theories belongs both to the history and the sociology of disciplines, especially to their institutionalization. Epistemology should also be added here, though sometimes disguised as the History of Ideas, sometimes labelled as the Philosophy of Science. One of the major paradoxes, or even contradictions, in translation studies (TS) seems to be the double bind of opening borders and establishing limits—hence the simultaneous struggle for interdisciplinarity and for hyper-specialized compartmentalization. The field has yet to acknowledge the fragmented nature of its origins, traditions and filiations. To date, the dissemination of TS, along with its different paradigms and approaches, has become visible through certain concepts such as “age, turn, meme, and model” among other ways. This paper examines certain conditions underlying the development of a historiography of TS. In particular, it insists on the relevance of a media history of translation. 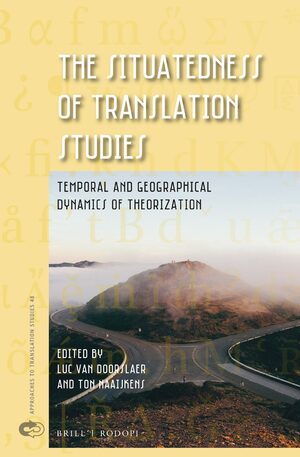 Translation studies as an academic discipline in its own right have only emerged in the Greek-speaking world over the past decades. Despite the recent emergence, sufficient time has passed for an attempt to take stock of the directions into which translation studies in Greece and Cyprus is now developing. The main aim of this paper is to explore the epistemological profile of translation studies in Greece and Cyprus. The examination of the Greek context as a ‘peripheral’ one might offer interesting insights into the processes by which translation knowledge is distributed and diffused, but also into the ways new translation knowledge is positioned against the existing situation. In order to sketch the epistemological profile of translation studies in Greece (TS in Greece), a corpus-based approach was adopted to analyze two sets of data by using the classic framework by Holmes (1988[1972]) and Gile’s scientometric method (2000; 2006). The findings suggest that TS in Greece are, for the time being, mainly descriptively oriented and that the adoption of mainly western theoretical discourses in the last two decades has led to a reconsideration and re-interpretation not so much of the concepts and methodologies which were ‘imported’, but mainly of the very own local tradition.

Chapter 7 The Art and Craft of Translation
Author: Natalia Kamovnikova

The article studies the development of the Russian-language Soviet translation scholarship in the twentieth century against the background of the political climate and social practices in the Soviet Union. The initial attempt to create a translation theory in the Soviet Union was made with an eye to the existing literary translation practices, which evolved under the influence of socially determined factors, including general orientation of arts and science towards education, the universally implanted principle of primacy of practice over theory, and the requirements of the Socialist realism. The focus on practice created favorable conditions for the application of comparative methodology to the study of existing translations and the wide spread of translation criticism. The groundbreaking work of Andrei Fedorov put linguistics in the focus of translation research and became a turning point in the development of the translation theory. The elevated interest of researchers to the translation theory continued to co-exist with the social requirements, such as the overtly imposed mandatory linkage of theory and practice and the covertly desired methodological orientation of translation studies.

Even-Zohar’s 1981 call for transfer theory as a general framework for dealing with translation has been scarcely addressed and not yet answered. Part I of this paper offers a critical reading of four investigations into the relationship between translation and transfer carried out by Rachel Weissbrod (2004, 2010), Susanne Göpferich (2007), and Lieven D’hulst (2012). Strongly connected with Even-Zohar’s theorization, the concepts of transfer employed by these scholars exhibit a sharp distinction between a Jakobsonian understanding of transfer and a socio-cultural one, potentially blurring the conceptualization of these relations in the discipline. Part II turns to Anthony Pym’s (1992) markedly different understanding of transfer, and systematic conceptualization of its relations with translation as one of its possible responses. Part III suggests that combining previous insights with knowledge acquired outside of translation studies may lead at long last to a fruitful formulation of a general theory of transfer. Following Pym’s categories, it is suggested that relations between transfer and its various forms can all be conceptualized along causal, economic, semiotic, epistemological—and functional—terms. Incorporating notions of temporality and continuity is also urged, and recontextualization identified as a universal characteristic of transfer processes.

Any research in translation historiography presents a methodological problem: in studying or re-considering theoretical concepts of the past, the scholar inevitably ‘translates’ them from the present perspective (i.e., from the premises of one’s current scholarship), an approach that postulates a “double historicity”. On the one hand, the present context of increased institutionalization and social organization of TS stimulates and justifies meta-reflection on different traditions of translation theorization as systematic constructs, framed in their ‘chronotope’. On the other hand, extensive accentuation of national or geographical inquiries in translation historiography without adequately linking them to global debate marginalizes and even simplifies conceptual problematization and research programs developed therein. This chapter aims to foreground the historiosophy of translation, by focusing on complex, relational interpretation of reasoning and change in translation theorization and the ontological, epistemological and methodological premises of a certain disciplinary tradition. Thematic analysis of science with its key notion of ‘themata’, advocated by Gerald Holton, appears to be quite applicable to historiosophical redux of translation, as evident in the analysis of the historiosophy of Ukrainian reflection on translation and Ukrainian translation culture—a culture, if to extrapolate Henri Meschonnic’s words, “born of translation and in translation”.

Chapter 6 Political Ideology in the Translation of Occidental Modernist Literature in China in the 1950s
Author: Feng Cui

According to André Lefevere, translation is a rewriting of an original text. All rewritings, whatever their intentions, reflect a certain ideology and poetics, and as such manipulate literature to function in a given society in a given way. Borrowing this concept, this chapter examines the translation of occidental modernist literature, with a focus on French modernist literature in Shijie Wenxue (World Literature)—the only official journal publishing translated literature in Mainland China in the 1950s, a period when China was dominated by Maoism and the unified communist ideology. During that time, China’s alliance with the USSR, its antagonism against the Western capitalist camp, and Mao Zedong’s mandate that “literature should reflect politics” all exerted ideological influences on the translation of occidental modernist literature in China. Taking a temporal and geographical approach, this chapter aims to examine the cultural behaviors of translators in the given cultural climate and timespans, the relationship between poetics and ideology in the polysystem of the target culture, the interaction among professional actors (such as reviewers, critics, teachers, and translators), mainstream ideologies and patronage, and the translator’s subjectivity under the manipulation of ideology. Framing the case study in a specific historical period, the concepts of rewriting, subjectivity, and ideology in translation studies will be examined as well.

This background chapter explains why the present publication sees itself as part of an ongoing critical tendency in the discipline of translation studies, questioning—among other things—its own scope and fields of application. In this sense, the chapter partly relates to older discussions on topics such as translation universals and Eurocentrism. Here, the aim is to focus on both temporal and geographical extensions of theorization and conceptualization. Scholarly ideas and concepts are transported and transferred, both inter- and intralingually. They also originate in very divergent frameworks, affected by societal and institutional circumstances, with varying degrees of (non-)interaction, at different moments, in different places. Simultaneity, diachrony and synchrony in conceptual thinking become relative under these circumstances. The last part briefly presents the chapters and how they contribute in their own right to resituate the (center of the) discipline, both temporally and geographically.

The article focuses on Peeter Torop’s concept of total translation as it stems out of the Tartu-Moscow semiotic school of thought and comes within an interdisciplinary dialogue with other branches of the humanities studying culture. Torop has developed a cultural and semiotic interpretation of one of Catford’s types of translations and conceptualizes translation in terms of communication and auto-communication. Acknowledging translation as a metaphor for the universal mechanism of producing meaning, Torop finds the concept is of relevance beyond translation studies. The article, however, attempts to position his theory within TS, comparing it to post-colonial approaches to translation that were significant at the time when Torop finalized his monograph in 1995, and to Tymoczko’s cultural translation, which is similar in its content. As my teaching experience with students of translation has convinced me that the natural language with its cultural connotations is also of explanatory value for the rationale of a theory, the academic and institutional contexts of Torop’s theory are complemented by an etymological analysis of the Estonian word for translation that supports Torop’s conceptualization of translation.

Chapter 4 Translation Seen through the Prism of the Tartu-Moscow School of Semiotics
Authors: Elin Sütiste and Silvi Salupere

While the legacy of the Tartu-Moscow School of Semiotics (TMS) has been discussed in numerous publications, the role of the phenomenon of translation in TMS has so far received little attention. The present article attempts to fill this gap aiming to show how the concept of translation has been approached by TMS members Vyacheslav Ivanov, Isaak Revzin, Vladimir Toporov, and Juri Lotman. It is shown that despite the apparent scarcity of explicit discussion on translation in TMS, the topic of translation has in fact been theorized fairly extensively in the works of TMS leaders. Translation, especially artistic translation is seen as the perfect laboratory for investigating the operation of complex sign systems. The issue of translation is intimately linked with meaning, and TMS members discern between different types of meaning as well as different kinds of translation. Furthermore, the concept of translation is used as a suitable means for explaining the workings of various semiotic phenomena from human consciousness to culture as a whole.

Andrei Fedorov (1906–1997) elaborated the first consistent theory of translation based on the linguistic approach that concerned itself not primarily with the translation of literature, but also with other text types, and provided the scholars with translatological text type taxonomy. Designed according to the needs of the Soviet system, it used to be perceived through the prism of ideological incompatibility with the Western discourses of translation studies. But was Fedorov’s work a theory based on ideology, or a theory developed despite ideological pressure? Did he anticipate the development of modern translation studies and contribute to the development of the discipline? Do translation studies need to learn to translate themselves through time, space, language and ideological borders? The analysis of Fedorov’s work and its further editions as well as a review of some critical articles concerning Fedorov propose controversial answers to these questions and allow to join a vibrant conversation on reshaping translation studies temporally, geographically, and ideologically.