Clear All
Download Citations
Page:12345
25 The Anxiety of the Copy
Author: Véronique Plesch

Although in modern culture copies tend to be considered devoid of creativity and thus of value, it was not always the case; in the past, copies and the practice of copying were viewed favorably. It is only as authenticity and originality played an ever more determining role in Western culture, that their valence shifted towards the negative and even damning. Hergé’s Adventures of Tintin and in particular Le Sceptre d’Ottokar, an album contemporary with Walter Benjamin’s essay on mechanical reproduction, illustrate the anxiety that underlies the modern conception of the copy. 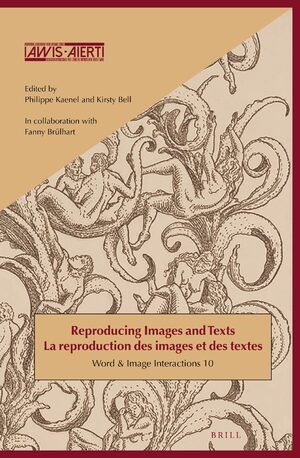 This article explores Baudelaire’s critical portrait of the illustrator Constantin Guys in Le Peintre de la vie moderne. A re-examination of this work by Baudelaire allows for new perspectives on Le Peintre de la vie moderne’s apparent binaries of modernity to reaction; romantic synthesis to alienation; form and ephemera; reproduction and alterity, offering new insights into its more complex, nuanced engagement with its central question about Constantin Guys’ artistic creation as a torchbearer not of alienation, but of a potent urban and spiritual art.

This contribution raises a number of questions about the instruments and the goals of sculptors who set out to make a “copy” after the antique, taking a renewed interest in the status of such copy drawings. Tracing back from Preissler’s print edition after Bouchardon copies from classical statuary, this essay seeks to reconstruct the Roman circles in which the drawings originated, bringing together evidence for a counterhistory of the Roman sojourn, and suggesting that in sculptors’ drawings we witness an invitation for a conscious activation of the beholder.

Focusing on installations, programs for desktop computers, and apps for mobile devices, this article debates tensions between the experience of text on screen and on paper in order to distinguish the significance of “playing” with works in electronic media. Rather than considering the digital book as a dematerialization of the codex, it is argued that interactive digital books extend aspects of European book history and engage the reader’s body in innovative ways for the purpose of expanding the range of “performances” that can be generated by a text. The act of reading is identified as an essentially open practice in which meaning is created from a work’s multiple recombinations.

This essay explores the narrative function of intericonicity—the quoting, paraphrasing, or reproducing of existing images—in documentary comics. Drawing from a number of documentary comics, I argue that documentary images are often incorporated into the story world to complicate, disrupt, and subvert understandings of the documentary as dependent on singular truths by highlighting subjectivity as central to knowledge. I propose that they enforce the story’s truth claims not because they exist or existed in the real world and served as evidence in that world, but rather because they underwrite the personal, emotional stance of an experiencing-I.