Clear All
Download Citations
Page:12345678910
An 1853 Map of the Yoruba Country
Author: Babatunde A. Ogundiwin

This paper examines an 1853 map of Yorubaland that reflects the evangelisation discourse of the American Southern Baptist Convention. Starting from 1845, the SBC began an evangelical drive towards the ‘saving’ of Africans in West Africa as a form of self-compensation in their attempt to prove that they were not against ‘Black Africans’ in the United States. Yet there were geographical notions of distinguishing Africans to be converted but these views of the white Southern Baptist brethren were reframed owing to field experiences of the missionary-explorer in the early 1850s. Drawing on a critical cartographic approach, this article argues that this map was culturally constructed. This study explores the map construction within the contexts of evangelical zeal, the preconceived geographical theories of West Africa, and exploratory accounts of Thomas Bowen. Consequently, the article reveals the interconnectedness of the church, the missionary-explorer, African informants and the mapmaker in geographical knowledge production. As a result, the study concludes that an ideological perspective reflects in cartographic knowledge presented on the map. 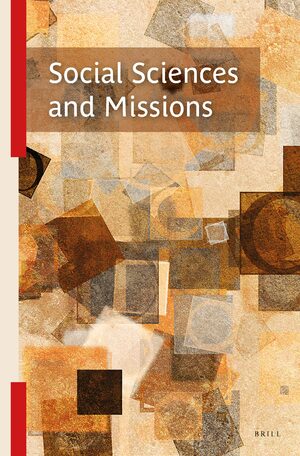 At the Margins of the State
Author: Sarbeswar Sahoo

How is Pentecostalism changing the notions and experiences of citizenship at the margins of the state? Addressing this question, the paper argues that in the context of south Rajasthan, the Pentecostal church has played a vital role in combining the values of both pedagogical and governmental paradigms of citizenship not just to fill in the absence of the state but also to create an alternative model of citizenship that goes beyond the mere political rights. This alternative model of ‘Christian citizenship’ has effectively combined development with Pentecostal moral values. Furthermore, the Pentecostal church, by acting as a pedagogical agent, by organising active social ministries, and by developing ethical subjectivities among the Bhils, has engendered new notions of agency, autonomy and citizenship at the margins of the state.

Because We Are Christian and Filipino
Authors: Jayeel Cornelio and Prince Kennex Aldama

As part of his campaign against criminality, President Duterte has called for the reinstatement of the death penalty in the Philippines. Its most vocal supporters are evangelical and independent Christian leaders and lawmakers. Although a religious minority, these entities are politically influential. In this article we show that they support the death penalty because they are Christian and Filipino. They articulate their support in two respects: it is biblical and it must be administered on heinous crimes for the sake of innocent people. We unpack these statements in terms of a religious citizenship that disregards the reality of religious diversity in Philippine society.

After the military defeat of the Tamil insurgency in Sri Lanka, nationalist sectors backed by Sinhala Buddhist ideology turned to religious minorities in search of new enemies of the State. These have included Muslims and Evangelical Christians who are described as foreign intruders that contaminate the traditions of the nation. Catholics have been spared of accusations of proselytism and the introduction of foreign cultures partly due to the Church leadership’s explicit stance against Evangelical missionary activities and its support of Sinhala nationalist discourse. Catholic communities of Sri Lanka thus find themselves in an ambiguous position: incorporated into the national citizenry, yet a visible minority anxious not to become marginalized like other religious minorities.

Deepening a Sense of Being Taiwanese
Authors: Shu-ling Yeh and Ying-Cheng Chang

This paper examines how the Amis, the largest indigenous community in Taiwan, draw on their Catholic faith to understand what it means to be Taiwanese. For over a century, the Amis were treated as marginalised citizens by the Japanese colonial government and the Han-Chinese Kuomintang under Chiang Kai-shek and Chiang Ching-kuo. Their predicament changed when political priorities shifted from cultural assimilation to multiculturalism after 1987. Successive Taiwanese governments since then have actively sought to incorporate indigenous culture as a core part of Taiwanese identity. Focusing on how the Amis intertwined their adopted Catholic notions and practices with pre-Christian ideas, social structure, and rituals, this paper demonstrates the ways in which the Amis carve out a place for themselves in wider Taiwanese society. It adds to ongoing discussions about the relationship between conversion and cultural transformation in Oceania by arguing that Catholicism empowered the Amis to deepen their sense of belonging to the island republic and, for the first time, assert themselves fully as Taiwanese.