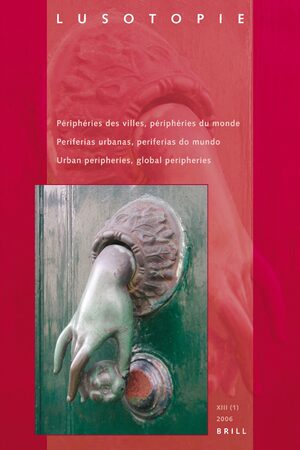 This paper addresses a specific aspect of the social and cultural life of the Luso-Chinese in Mozambique, whose first contingents came from the Chinese province of Guangdong in the second half of the 19th century. Most settled in the city of Beira. By the 1950s, the Chinese community was already well integrated into modern life in colonial Beira. The city was going through an unprecedented urban and architectural boom. At that time, the Luso-Chinese, who were essentially merchants, also began to stand out in the field of photography. Based on a multi-sited ethnography among the Portuguese-Chinese diaspora – and their family photo albums – this paper reflects on two inseparable aspects of late-colonial modernity: architecture and photography.

By qualitatively drawing on relevant empirical and secondary data sources, the present study sought to investigate the relationship and the practice between the Ethiopian state and csos through the illustration of different relationship patterns, i.e. cooperation and/or co-optation and confrontation, between the two actors and the implications thereof for the imperative of democratization in the country. The study primarily analyzed two supplementary notions: the politico-legal changes in the governance of Ethiopian csos, between 1991 and 2018, on the one hand, and the strategies employed by cso actors to deal with such changes in the same period, on the other hand. The analysis could be further divided into two analytical time periods i.e., the first is from 1991 up to 2005 and the second is from 2005 up to 2018. In doing so, the study found out that the state-civil society relations in Ethiopia since 1991 was more complicated than implied by the liberal discourse, and reflected a continuum of accommodation and confrontation dynamics. The study concluded by arguing that the commonly held dichotomy which polarized the relation between the state and csos as a whole may have overlooked the nature of relationship between the two actors, which can range from overt and hidden tensions and active hostility to cooperation and collaboration, depending on various factors across time and space.