The debate as to whether syntax can be borrowed has spurred much scholarly inquiry among those who argue that syntax cannot be borrowed () and those in favor of the ‘anything-goes’ argument (Thomason, 2001). In contribution to this debate, this study examines the contact-induced processes behind the variation of Basque Differential Object Marking (dom). We examine the use of Basque dom in the spontaneous speech of 42 speakers whose variety has been in a long-standing contact with Spanish (Gernika Basque) and 15 speakers of a ‘newly’ standardized variety (Standard Basque). We additionally examine the spontaneous speech of their leísmo in order to make a case that Basque dom is not an example of syntactic borrowing but involves a process of replica grammaticalization () whereby speakers replicate their use of leísmo either through matter-borrowing, pattern-borrowing or a combination of both.

The aim of this paper is to provide an explanation of the emergence of dom in peripheral Macedonian dialects through a reevaluation of the contact hypothesis. The southern and south-western dialects in the contact zones with Greek and Aromanian use a dative-based pattern to mark specific, predominantly human and animate referents. However, the contact hypothesis cannot fully explain the origin of dom in the southernmost dialects because it overlooks the wider interlingual context within which this change occurred. Relying on the analysis of the examples from the oldest sources with dom, the author argues in favor of a multifactorial explanation of its origin: contact obscured the case marking functions of clitics and provided an analytic direct object pattern. The introduction of na-marking on direct objects satisfied both the semantic and pragmatic requirements of a successful message by discriminating between the syntactic functions and discourse prominence of the object participant.

In Cappadocian and Pharasiot, the two main members of the inner Asia Minor Greek dialect group, the head nouns of NPs found in certain syntactic positions are marked with the accusative if the relevant NPs are definite and with the nominative if the NPs are indefinite. This differential case marking (dcm) pattern contrasts with all other Modern Greek dialects, in which the accusative is uniformly used in the relevant syntactic positions. After revisiting recent proposals regarding the synchronic status of dcm in Cappadocian and Pharasiot, I show how the two dialects developed this ‘un-Greek’ feature in the model of Turkish, which marks the head nouns of direct object NPs with an accusative suffix only if they take a specific reading leaving non-specific direct object NPs unmarked. I subsequently trace the diachronic trajectory of this contact-induced innovation within the two dialectal systems, seeking to explain why dcm was gradually lost in Cappadocian but preserved in Pharasiot.

This paper focuses on the Arborense Differential Object Marking (dom) system, which in line with the typical Sardinian dom system marks the object noun phrases characterized by a high degree of animacy and specificity with the preposition a. This is why the Sardinian dom is also called prepositional accusative. Authors dealing with other Sardinian dialects agree in identifying three domains of distribution of the phenomenon: with personal pronouns and personal names the use of the preposition is mandatory; with inanimate common nouns it is excluded; with common nouns referring animate beings, strong variability occurs. On the basis of an oral corpus of contemporary Arborense, it can be stated that the area of mandatory use of dom is restricted in this dialect and that the optionality area turns out to be more extensive than assumed in traditional descriptions of this Sardinian phenomenon. Since all the Arborense speakers of the oral corpus are bilingual (Sardinian-Italian), the data reflect the situation of dom in a contact setting scenario where Sardinian and both Standard and Regional Italian interact. According to and , the extensive area of optionality for the use of the Sardinian dom should be the result of the influence of Standard Italian. However, two facts must be considered that make this idea questionable: first, in the language contact scenario of Modern Sardinian not only Standard Italian but also Regional Italian (with a widespread use of the dom) play a role; second, the synchronic variation observed in contemporary Arborense replicates the same variation which characterizes historical data from texts of the 12th–19th centuries.

The present paper explores Differential Object Marking in a variety of Asturian (Western Iberian Romance) spoken in western Asturias (northwestern Spain). This ancestral form of speech stands out from Central Asturian and especially from Standard Spanish. For a number of reasons, ranging from profound changes in pronunciation, vocabulary, morphology and information structure to slight but very relevant effects on syntax. The main goal of this study is to examine the special marking of direct objects in order to find out what triggers the distribution of Differential Object Marking in this variety. To this aim, this paper will examine, from a variationist perspective, the influence of a number of semantic and discourse-pragmatic parameters on the marking of direct objects in this Western Asturian language as well as in Standard Spanish and Central Asturian (which is generally considered the normative variety of Asturian). The results obtained from this comparison will allow us to outline the differences between these three varieties in terms of object marking, shedding more light on the origin and function of Differential Object Marking in Spanish. 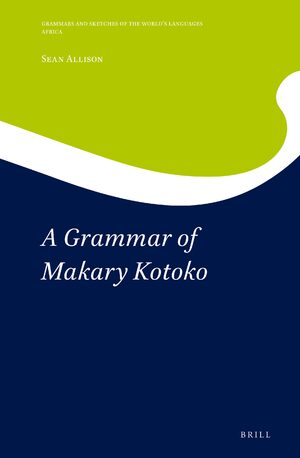