This article presents a historical-materialist approach to key issues of revolution and counter-revolution and uses it to analyse what happened in Russia between 1917 and the late 1920s. What took place in 1917 was indeed a socialist revolution. However, by the end of 1918 working-class rule had been replaced with the rule of a working-class leadership layer that was improvising a fragile surplus-extracting state of proletarian origin. The eventual transformation of that layer into a new ruling class represented the triumph of a modernising counter-revolution. The decisive determinants of these developments were material pressures acting, first, on a working class plunged into catastrophic social crisis and war and then, after the Civil War, on the party-state leadership layer that sought to maintain its state against both European capitalist societies and the classes from which it had to extract surpluses. However, aspects of Bolshevik ideology also played a role.

This editorial perspective attempts to explain the recent rise of Jair Bolsonaro to the presidency in Brazil and to characterise, at least in a preliminary fashion, the nature of the new regime one year into Bolsonaro’s rule. The core argument is that Bolsonaro represents a weak and internally-fragmented far-right regime, with unenthusiastic and declining popular support. Dominant sections of international and domestic capital operating in Brazil lent Bolsonaro electoral backing as a last way out of economic and political crisis, but so far, the new government has failed in sufficiently guaranteeing their most important interests and the markets are withdrawing approval. Themes covered include the political paralysis of the new regime, the social bases of Bolsonarismo, the nature of the current state–capital relation, and the role of evangelical Pentecostalism in far-right Brazilian politics today. A biographical portrait of Bolsonaro is provided, alongside a mapping of the dominant factions of the new administration. Finally, an assessment of the economic outlook in Brazil is developed, together with speculation as to the likely political consequences in the short- to medium-term future.

Scientific presence and capacities are the foundation of China’s polar engagement and according to China’s White Paper on the Arctic, exploring and understanding the Arctic “serves as the priority and focus for China in its Arctic activities” (prc State Council, 2018). With that and China’s rise in terms of its global and polar science position in mind, the aim of this chapter is to cast light on the history, development and current state of China’s research engagement in the Arctic. 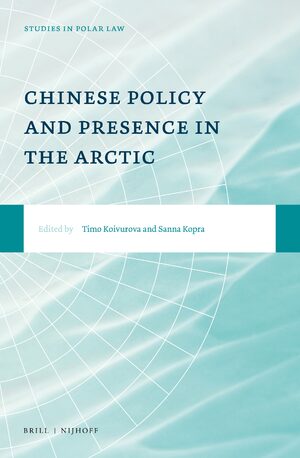 This chapter offers an account of China’s ecological footprint in the Arctic. Because China is the world’s biggest carbon dioxide emitter and a significant contributor of short-lived climate pollutants, the chapter pays special attention to China’s role in international efforts to tackle climate change. In addition to China’s domestic climate policies, the chapter elaborates the state’s contribution to international climate negotiations under the United Nations climate regime. It also introduces the ways in which China’s Arctic policy addresses climate change and reviews China’s potential to reduce black carbon and other pollutants.

This chapter elaborates on China’s evolving strategy in the Arctic. For China, the Arctic is no longer about simply being an observer in the Arctic Council, but much more. The chapter will analyze mainly the specifics of China’s Arctic white paper and examine a pair of specific cases, namely China’s role in negotiating the Polar Code and the Arctic fisheries agreement. Special attention will be paid to the ways in which China’s national policy towards the Arctic has emerged and how it has been viewed by other actors and commentators following China’s role in the Arctic. As a sub-section, China’s policy towards the Arctic’s indigenous peoples will also be studied.

The chapter focuses on economic presence of China in the Arctic regions. First, it considers the economic relations between China and the Nordic states, North American Arctic and Russia. China and Chinese actors are active in different ways in different parts of the Arctic. Second, it looks at the key Arctic industries, where China’s role is or may become relevant: shipping, oil and gas, minerals extraction, and tourism. Finally, the chapter considers the two dimensions of concerns related to Chinese economic activities: the problem of economic and political influence gained through investments and the environment and social performance as well as reliability of Chinese companies.

As China’s cross-regional diplomacy is not separated from the party-state’s overall foreign policy goals and doctrines, this chapter offers a review of China’s foreign policy and economic interests. Without doubt, these dynamics also shape China’s policy in the Arctic. The chapter concludes that Beijing is no longer content to be a norm-taker in international politics but it is more comfortable with becoming a norm-maker. However, there are noteworthy differences between China’s Arctic engagement and its diplomacy in other parts of the world.

The chapter focuses on economic relations between China and Finland in the Arctic context. This is done from two perspectives. First, the chapter considers Chinese investments and presence in northern Finland and particularly Lapland. Relevant sectors include bioeconomy and tourism, the Arctic railway project, as well as – in terms of future prospects – mining, renewable energy, data centres and testing facilities. Second, the chapter looks at the instances of economic cooperation – Finnish investments in China, Chinese in Finland and joint ventures – in areas of Finnish Arctic expertise.

This chapter summarises the key findings of the book. In particular, it reviews China’s Arctic actorness and the party-state’s contribution to Arctic affairs. It also briefly ponders risks and future prospects of China’s role in the Arctic – a role that the chapter expects to grow in the coming years.