The Wayang golek rod puppet theatre of Sunda in West Java was imported from the coastal (pasisir) area of Java in the nineteenth century. This art uses wooden figures, but in terms of repertoire, is related to the shadow theatre (wayang kulit) of the island. This article describes the construction of puppets and notes the importance of wood/ tree as the image of the cosmos via the kayon (“tree of life” puppet). The dance of this tree puppet relates to the banyan tree in traditional thinking. The paper explores the legend of Sunan Kudus, one of the nine wali songo (Islamic “nine saints’), who is accredited with establishing the wooden puppetry in the sixteenth century. The rod puppet art, woodworking, Islamic teaching and Chinese influence are intertwined in early stories of Muslim heritage. Though firm historical data about the rod puppet theatre only began to be recorded in the nineteenth century, families who performed wayang golek in West Java all migrated from the North Coast areas, where Chinese heritage in wood working communities is found and the preference for carved wooden figures was probably affected by the Chinese-Indonesian aesthetics of these enclaves, establishing links between wood puppetry, Islam, and Chinese influence. This study based on anthropological research with puppet masters in West Java, coupled with the history of wood crafting in Java, unpacks metaphors of the banyan tree and redresses the lack of discussion of Chinese contributions to Indonesian wooden puppetry due to Indonesian anti-Siniticism. 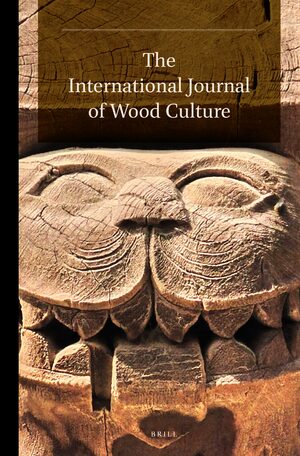 In: International Journal of Wood Culture

1. The Coin Beneath The Crust: A Pilot Study Of Coins From The Mediterranean Coast Of Israel
Authors: Annemie Adriaens, Mark Dowsett, Eberhard Lehmann, Yoav Farhi, Jan Gunneweg, and L. Bouchenoire 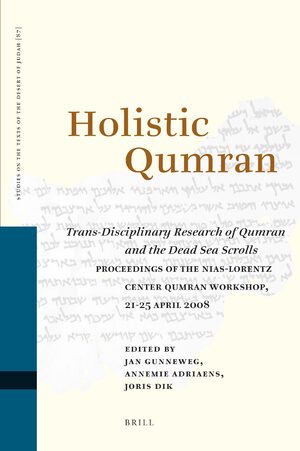 12. The Sciences And The Reconstruction Of The Ancient Scrolls: Possibilities And Impossibilities (Summary)
Author: Emanuel Tov

15. The Dead Sea, The Nearest Neighbor Of Qumran And The Dead Sea Manuscripts. What SEM, XRD And Instrumental Neutron Activation May Show About Dead Sea Mud
Author: Jan Gunneweg