Two recent publications have greatly increased the amount of Wyclif available in translation: the Trialogus, translated by Stephen Lahey, and a thematic anthology translated by Stephen Penn. This review article documents the failings that make these translations worse than useless. A post mortem leads the author to claim that the publication of these volumes, the first of which has already been warmly received, is a sign of a gathering crisis in medieval studies, and one that we should take steps to avert.

Henry of Langenstein’s Principium on the Sentences, His Fellow Parisian Bachelors, and the Academic Year 1371-1372
Authors: Monica Brînzei and Chris Schabel

This research note identifies for the first time the principium on book I of the Sentences by the prolific polymath Henry of Langenstein (†1397). This discovery, when combined with the four principia of the Augustinian Denis of Modena, provides the evidence necessary to demonstrate that Langenstein lectured on the Sentences at Paris in 1371-1372. The note also establishes the identity of the other eight bachelors of theology who participated in the principial debates that year.

Metaphysics as a Way of Life: Heymericus de Campo on Universals and the “Inner Man”
Author: Dragos Calma

Pierre Hadot famously claimed that, between Antiquity and German Idealism, Western philosophy had lost its practical role of guiding the life of the practitioner. Scholars who challenged this view focused on two medieval models. This article argues that the overlooked work Colliget principiorum iuris naturalis, divini et humani philosophice doctrinalium by Heymericus de Campo postulates a third model. On the basis of St. Paul’s teaching about the “inner man,” Heymericus reconsiders the Aristotelian doctrines of abstraction and of being as such in relation to the Neoplatonic model of intellectual progression and interior conversion. In a realist conceptual framework, he holds that only metaphysics reflects the true nature of the human being inasmuch as it presupposes a way of life that assumes both the interaction with and withdrawal from the sensible world. However, Heymericus’ theory is neither limited to nor conditioned by Christian principles, but by Peripatetic philosophy (understood in the broad, Albertinian tradition).

Notice
The Retraction of Articles Due to Plagiarism
Author: The Editors of Vivarium

The Oxford Calculator Roger Swyneshed put forward three provocative claims in his treatise on insolubles, written in the early 1330s, of which the second states that there is a formally valid inference with true premises and false conclusion. His example deployed the Liar paradox as the conclusion of the inference: ‘The conclusion of this inference is false, so this conclusion is false’. His account of insolubles supported his claim that the conclusion is false, and so the premise, referring to the conclusion, would seem to be true. But what is his account of validity that can allow true premises to lead to a false conclusion? This article considers Roger’s own account, as well as that of Paul of Venice, writing some sixty years later, whose account of the truth and falsehood of insolubles followed Roger’s closely. Paul endorsed Roger’s three claims. But their accounts of validity were different. The question is whether these accounts are coherent and support Paul’s claim in his Logica Magna that he endorsed all the normal rules of inference. 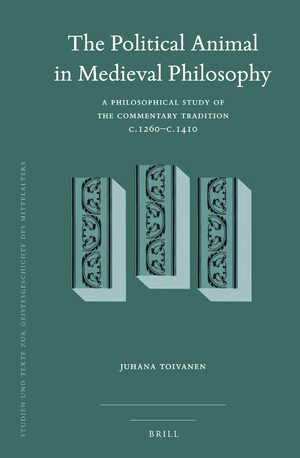