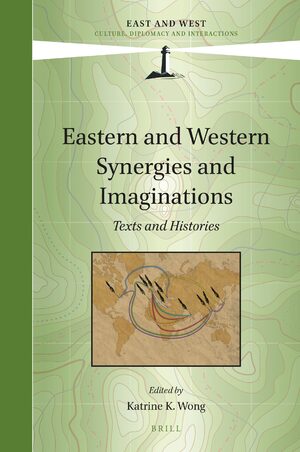 Chapter 1 “A Being … from a Different World”: Yung Wing and the Making of a Global Subjectivity
Author: Patricia P. Chu

The first Chinese college graduate in America, Yung Wing (1828-1912) founded the Chinese Educational Mission (1872-1881) and wrote My Life in China and America (1909), the first Asian American autobiography and narrative of return. Linking Asian American writing to missionary travel narratives and slave narratives, Yung’s autobiography presented him as a global subject, albeit one critical of Western imperialism, the coolie trade in Peru, and the Qing dynasty’s oppression of ordinary Chinese. Yung’s text manages many contradictions, yet is tacitly suffused with racial melancholia, for by his text’s end, he has attained full acceptance in neither China nor America.

In David Henry Hwang’s 2007 play Yellow Face, “Marcus,” a white character, succeeds in Asian roles, angering “DHH,” or Hwang himself. However, DHH eventually acknowledges that Marcus’s Asian personae may be as “authentic” as his own. Hwang registers a cultural change: while the white minstrel still abjects the persona he adopts, the Asian performer exploits his own Asianness in his bid for success. Both performances are commodified under “postracial” neoliberal multiculturalism, and hence lose authenticity. In Yellow Face, DHH finally recognizes that all ethnic claims to authenticity are now tainted by commodification.

The 1872 novel A Dog of Flanders is a sentimental coming-of-age story of a boy and his dog in the Flemish port of Antwerp. American adaptations arranged for a happy ending for the boy and his dog, thereby underscoring that textual fidelity within the filmic recreation process is subject to cultural conventions. Ouida’s story found its way to Japan in 1908 where characters have become part of collective memory. Through the resurrection of traditional Japanese values and virtues, as coined by Nitobe Inazu in the Bushido ‘code of behaviour’, the 1975 anime series had a huge impact on Japanese audiences.

The Three Ladies of Macao (3LM), premièred in December 2016, is a re-write of Robert Wilson’s The Three Ladies of London (ca.1583), an Elizabethan allegorical play. Through a narrative annotation of the process of creation of 3LM, this chapter explores the cultural and socio-historical viability of re-creating an Elizabethan city play in a unique context of a Portuguese Macao in the 1960s. Key issues discussed include ways of re-creating the soundscape of the city and ways of re-contextualizing societal problems such as pandering, eviction, loan sharking and murder. The script of 3LM is included as an appendix in this volume.

This chapter examines the Ibis Trilogy, comprising The Sea of Poppies, River of Smoke, and Flood of Fire; the three books are grand ethnographic narratives by Indo-Burmese writer Amitav Ghosh. The author explains how Ghosh captures the interfaces between the Orient and the Occident through strategic negotiations between real historical circumstances and invented archival records. Working around the imagery of the ship, a critical symbol in maritime routes and history, Bhat’s discussion also looks at how East-West interactions intensify colonial forces that perpetuate hegemony and create diasporas that characterize the demographics of the contemporary world.

Chapter 4 “Orientalism from Within” in Goa: Local Textual Production in Light of the Legal and Administrative Framework of the Overseas Populations
Author: Everton V. Machado

Much of what has been produced about Goa – where the Portuguese remained for four and a half centuries as an imperial presence – confirms a connection between knowledge and power. This essay attempts to demonstrate it through what is being called “Orientalism from within”, supported by the reading of some texts written in the 19th and 20th centuries by Goans who had a Portuguese cultural and religious education. By confronting them with the legislation for the territories conquered by Portugal, the connection between knowledge and power in the Portuguese Empire becomes evident in a clear attempt to restructure a dominated society.

In Eden’s Empire, James Graham intertwines pragmatism and politics. Centring realpolitik in a representation of the negative connotations of worldwide politics, Graham discloses the never-ending war between the East and the West. This chapter aims to focus on the supremacy of realpolitik, a term emphasized by Henry Kissinger in his Diplomacy, and to correlate realpolitik with the fictional humour of James Graham’s drama. It takes in hand the historical backdrop of the Suez Crisis together with the inter-national hegemony of a few differing geographies of the East and the West.

Chapter 5 Present Absences: the East in the Story of a Port Town on the Western Coast of the Black Sea
Author: Onoriu Colăcel

A key trading post of South-Eastern Europe from the late 1860s to WWI, the Porto Franco of Sulina is now the Easternmost settlement of the EU. Sulina’s literature gives insight into Western intervention in the borderlands of Europe. Jean Bart’s novel, Europolis (Adevărul, 1933), and Nick Thorpe’s travel book, The Danube (Yale University Press, 2014), reveal Greater Asia as emerging from below across most narratives of Sulina. Although the Orient is something feared, to be wiped out by Western civilization, the horizontal, bottom-up dimension of the East is firmly rooted in and around the port town of Sulina.