Editorial: ‘Meanwhile … in the Lead Up and in the Background’
Author: Clive Pearson

The return of religion in politics is an important issue in a contemporary democracy. Franz Magnis-Suseno, a Jesuit, ethician and interfaith figure in Indonesia, provides a raft of interesting insights for interreligious dialogues in a pluralistic democracy. Through his publications, he seeks to assist Muslims and Christians to build an ethics of citizenship in a pluralistic democracy with the second Vatican theology of religions as his intellectual foundation. In this article, the author attempts to reconstruct the important points of Magnis-Suseno’s thoughts on dialogue ethics and identifies their relationships to the public reasoning of religions in a political public sphere. He comments that Magnis-Suseno demands more of religions than do Rawls and Habermas in terms of moderating their doctrinal positions vis-à-vis other religions.

Hope in the Context of Climate Change: Jonathan Sacks’ Interpretation of the Exodus and Radical Uncertainty
Author: Jan Jorrit Hasselaar

The purpose of this article is to explore an understanding of hope that seeks to bridge the gap between a contemplative and action-oriented approach to hope. The argument is based in particular on an extensive study of the literature concerning the work of Jonathan Sacks. His reading of hope reaches back to the narrative of the Exodus and highlights several key assumptions to do with the principle of radical uncertainty. The intention is to situate these assumptions within the context of climate change. Most notably, Sacks’ concept of hope reveals a transformative response to climate change in which people gradually change their identity. For Sacks the key instrument of transformation for both religious and secular is a public Sabbath. An example of such is provided and Sacks’ thinking is set alongside the work of some leading theologians.

As a reaction against the failures of Just War theory in creating a more harmonious world, recent times have seen the emergence of Just Peace as a corrective to the tendency to use Just War as justification for, rather than a warning against, aggravated conflict. This article considers the contribution of Daniel Philpott to this literature, and argues that theoretical concepts alone will be insufficient for the institution of a Just Peace. In looking for complementary images, the article considers two images from the prophetic corpus to image a Just Peace. Strikingly, both prophetic passages draw on ecological imagery to imagine a world at peace.

Promise in Preaching and Pop Culture: in Search of a Sermon for Latin American Vulnerable Life
Author: Júlio Cézar Adam

This article aims to reflect on homiletics and Christian preaching as a voice of promise in the Brazilian and Latin American context. Initially it will reflect upon three characteristic types of relationship between preaching and promise: the eschatological and transcendentalist preaching that locates the promise in an afterlife or the end of times; the humanistic and liberating preaching that places the promise in the dimension of the socio-political struggle for transformation in the present; and, thirdly, the individualistic and prosperity-oriented preaching that projects promise as material achievement and hedonistic satisfaction. Finally, faced with this reality, we seek ways in literature (Two Words, by Isabel Allende) and in popular culture (Central do Brasil, a movie by Walter Salles) to help us in creating a sermon that announces the promise amid the daily and vulnerable life in order to contribute not merely to individual, ecclesial or ideological satisfaction, but to point to human and cultural transformations.

Given that the current ecological crises are largely human-caused, it is an issue of public concern to promote views which appreciate non-human animals (and creation at large) as inherently and independently valuable, and which stimulate efforts to reverse trends towards mass extinction. This article examines how theologians may critically explore the Bible’s relevance in the Anthropocene. It will show that theology can both critically incorporate new attitudes towards non-human animals, as well as dig into its own reservoirs, like biblical stories for the sake of an appropriate response. Such ‘digging’ needs to consist of a willingness both to discover and actualize a biblical ecological wisdom and to unmask possible anthropocentric tendencies. It is assumed that theology will continue to prove itself to be an indispensable conversation partner in public spheres.

Ethiopia is a country of multi-ethnic and multi-religious society. Almost all of its citizens claim affiliation with either Christianity, Islam, or African traditional religions. Adherents of these religions have been coexisting in respect and peace. However, there is a growing tension between the citizens since the downfall of the dictatorial military government of Ethiopia, which was displaced by the Ethiopian People’s Revolutionary Democratic Front (EPRDF), in 1991. Politics, religion, and ethnicity are the major causes of the declining national harmony under the current government. My claim is that addressing the declining national harmony caused by the religious, political, and ethnic tensions in Ethiopia requires of the EECMY to rethink its public theology in a way that promotes a national harmony that values peace, equality, justice, democracy, and human flourishing. 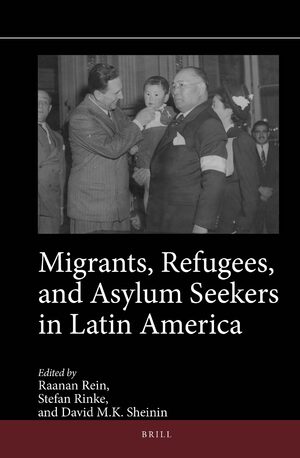