Dissident circles during the Czechoslovak communist regime were organized in semi-private islands of resistance. They saw themselves as a parallel polis in line with Arendt’s notion of political action by pursuing “life in truth,” authentic experience, and ultimately freedom. The heroes of these circles were that society’s pariahs. In their quest for authenticity, they turned to the past to find meaning, to understand the nature of their communities and the needs for political action towards the future. As such, they sought what Heidegger would label authentic public interpretations. After 1989, these heroes shaped and adapted to the constitutional design of the new polis and often experienced a transformation from pariah to inauthentic hero to at least the potential to become strong man, maintaining varying degrees of authenticity. 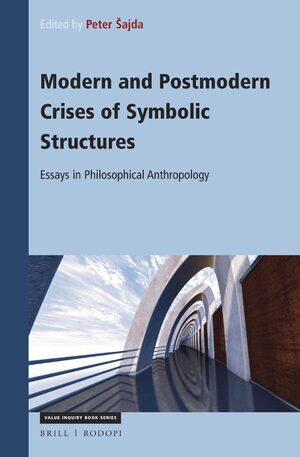 Chapter 7 The “Distraction” of Contemporary Art according to Yves Michaud
Author: Róbert Karul

In the article I present the characterization of contemporary fine art as elaborated by Yves Michaud and based mainly on the ideas of Walter Benjamin and Arthur Danto. Michaud adds a number of his own new features to the interpretations of these authors. He claims that the work of art is distinguished by multiple “distractions”: the spatial one (the work of art is everywhere), the perceptual one (we perceive it as blurred), and the experiential one (the experience of art is a form of entertainment). Contemporary works of art become more and more entertaining cultural products. Michaud completes these sketches with one more sketch: art, including contemporary art, is a form of self-decoration. The function of decoration is very rudimentary; its roots reach into animality, and it has the ability to designate or confirm one’s identity. In the second part of the article I attempt to problematize the idea of identifying contemporary artifacts with products of consumption.

Feuerbach’s The Essence of Christianity tries to argue for the claim that it is a mistake to think of God as something objective, transcendent and fundamentally different from human beings, as is traditionally done in theology. Instead, according to his view, God is simply the essence of what is human, projected onto a fictional external entity. For this reason Feuerbach proposes to refer to his undertaking not as theology or philosophy of religion but as anthropology, that is, a study of the human. What is both striking and provocative here is that he argues that his radical reinterpretation of Christianity will not undermine it or diminish it; on the contrary, he claims, his theory will help to preserve it. In this paper I critically explore this claim by Feuerbach. Does it make sense to understand the field of theology or even the philosophy of religion as anthropology? I argue that Feuerbach’s proposal is a highly dubious attempt to reframe theology. His claim to be offering a support for religion is, I argue, disingenuous.

Chapter 1 How to Reform Humanism in the Post-human Era?
Author: Yves Charles Zarka

Humanism is in crisis. It is a very deep crisis since the concept of humanism has become puzzling on an intellectual level. Obviously, the word is constantly imposed on man; however, the very injunction has become troublesome, even questionable or, even more, dangerous. In this paper, I first examine the deviation of the post-modern vision of man through the prism of post-humanism or transhumanism. Then, I try to understand what happened. How did this come about? Why has humanism gotten into a crisis? And finally I try to show a possible way out—allowing for some hope, despite the perilous deviation toward which we are propelled. I develop the idea of cosmopolitical humanism by tracing the origin of the idea of humanism.

Chapter 3 The Intertwining of Phenomenology and Philosophical Anthropology: From Husserl to Plessner
Author: Jaroslava Vydrová

The aim of the article is to describe the points of contact between Edmund Husserl’s phenomenology and Helmuth Plessner’s philosophical anthropology. In the text I go through three steps: first, I describe Plessner’s suggestion concerning anthropology, its methodology, field of investigation and principles; second, I discuss how the culminating points of Husserl’s phenomenology and this version of philosophical anthropology enable (and require) us to specify the methodological question as well as the common point of departure. Third, this leads to the issue of the possible benefits of this Wechselwirkung for the concept of culture. As an analogy to the interpretative scheme used by researchers on intersubjectivity, “I—other—world,” I suggest a similar configuration for anthropological research: “organism—persons—culture.” The elaboration of anthropological issues in phenomenological philosophy enriches and stimulates the scope of phenomenology itself. It opens up the possibility for new fields and makes relevant the question of the human herself.

In the article I sketch the ways in which phenomenology can approach the phenomenon of revolution. After determining, with the help of Arendt, that revolution interprets itself as a radically new beginning, I outline, in the first section, the ways in which phenomenology can incorporate the notion of absolute novelty. The overview presented involves the approaches of Edmund Husserl and Maurice Merleau-Ponty, respectively. In the second section I further develop the understanding of revolution on the basis of Merleau-Ponty’s phenomenology, and then I briefly confront the conclusions with the experience of the ongoing Syrian revolution.

The article focuses on a critique of the neoliberal transformation of culture and higher education and on re-thinking Derrida’s legacy of deconstructive political thinking for the leftist critique in the contemporary post-institutional situation. Already in the early ’90s Derrida engaged in discussions concerning financial cuts to philosophy departments and called for accountability in international institutions. He critically engaged with Kant’s notion of cosmopolitanism in order to insist both on the philosophical concept of the university and international institutions. The transformation of universities that took place under the euphemism of knowledge and creative societies redefined the notions of performativity and creativity, separating them from humanistic and modern traditions. Performativity was defined as the “culture of results” and the need to be efficient in the new cultural politics and the new politics of creativity. Performativity and creativity became central for the new ideology of the European project after the 2008 financial crisis. This ideology tried to offer new credibility to capitalism with the ideas of participative and interactive democracy.

Chapter 2 The Struggles of the Individual in a Nihilistic Age: Kierkegaard’s and Jünger’s Critiques of Modernity
Author: Peter Šajda

The chapter focuses on Kierkegaard’s and Jünger’s respective critiques of modernity presented in The Present Age (1846) and Across the Line (1950). Both texts are examples of the genre critique of the age and are connected by the fact that Jünger develops several motifs adopted from Kierkegaard. At the center of both works is the struggle of the modern individual who is subject to various forms of reduction, leveling, and deindividualization. Kierkegaard and Jünger examine these processes and suggest ways of resisting modern nihilism, which uproots, isolates and functionalizes the individual. I present critically the main lines of their argumentation and highlight the affinities and differences of their diagnoses of modernity. I argue that Jünger demands a more active and coordinated participation of the individual in the confrontation with nihilism.

In this article I examine Richard Wagner’s art and its capacity to effect an ethical transformation in its audience, as described by Nietzsche in “Richard Wagner in Bayreuth.” I begin with a discussion of the apparently fawning rhetoric of this work, which is the main reason for the neglect of it by the commentators, and explain the intention behind it. After clearing this hurdle, I give an account of the twofold ethical effect that Wagner’s art has on its audience according to Nietzsche: first, the shaking and challenging of the unexamined certainties that guide them in their everyday existence, and second, the exemplification of the heroic way of life for which living well means more than merely living. Wagner’s art thus has the potential to show its audience a new and better way of life and to induce them to strive for it. Thus it promised to have a revolutionary effect on German culture and perhaps even on humanity as a whole. I conclude with a consideration of why Wagner’s art failed to manifest the revolutionary potential Nietzsche ascribes to it and what in Nietzsche’s conception nevertheless remains a living issue for us.