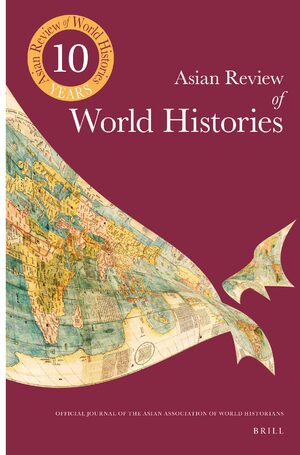 This article examines in detail how the forms of national or indigenous consciousness emerged in the sphere of Indian political ecology between 1857 and 1910. The subjects of “ecological indigeneity” and “dispossession” formed as defining characteristics in the articulation of this ecopolitical thinking. The scholarship to date has produced voluminous writings on the political, economic, and social dimension of the histories of colonial unrest, but it has not adequately addressed the issue of how the subtext of environmentalism greatly mattered in shaping some of the resistance movements. Focusing on the period between the 1857 revolt and 1910, this study evaluates three groups – (1) the 1857 Indian rebels and the Gonds; (2) the ādivāsī tribes of Bastar in 1910; and (3) the early Indian Congress Nationalists in the 1880s – to elucidate the emergence of environmentalism and indigenous dispossession in colonial India, which became foundational in critiquing British interventionist policies.

The diversity and range of existing archives on the history and romance of Alexander have projected on him a multiplicity of images. Alexander’s conquests, military achievements, romance, myths, and legends have fascinated writers, scholars, historians, poets, filmmakers, the media, and designers of websites around the world. His invasion of India in 326 BCE left an indelible influence on Indian art, history, and literature. The present essay takes up a theme on which not much work has been done in modern scholarship. It focuses on the nature and diversity of the historical memory of Alexander in modern South Asia, particularly as reflected in modern Urdu and Hindi, the two major languages of the subcontinent. It also examines how Alexander is portrayed in popular culture and India’s nationalist discourse.

Isabella Bird and Japan: A Reassessment, written by Kiyonori Kanasaka and translated by Nicholas Pertwee

The Lumpenproletariat and the Itinerary of a Concept: Some Literary Reflections
Author: Anupama Mohan

In their theory of class formation and social revolution, Karl Marx and Frederick Engels were scathing about the lumpenproletariat, condemning it as anti-revolutionary, morally bankrupt, and a bribable tool of the bourgeoisie, a view that remained influential well into the mid-twentieth century. Not until Frantz Fanon appropriated the term lumpenproletariat in The Wretched of the Earth (1961) and applied it to what he saw as a whole class of people waiting to be brought into and redeployed as the vanguard of a new revolutionary proletarian consciousness did it shed its negative connotations. The changed trajectories of the proper place and role of the lumpenproletariat can be seen in working-class literatures of the late twentieth and twenty-first centuries, which constitute an important stage upon which to refine Marxian and Fanonian understandings of the lumpenproletariat. This essay examines three novels written in the last thirty years: Herbert, by Nabarun Bhattacharya, written originally in Bengali and published in 1993; How Late It Was, How Late, by Scottish writer James Kelman (1994); and Sacred Games, by Vikram Chandra (2006). Read contrapuntally, these works provide a literary platform for the exploration of the representational shift in the role and function of the lumpenproletariat in the twenty-first century.

Toward a Global History of Young Israel
Author: Oded Heilbronner

This article argues that the first two decades of Israeli state-building can be compared structurally to some main processes in postwar Western-European societies, and that this approach productively situates Israel within a global perspective, uncovering new relationships between the local and the global. In addition, it proposes a methodological reading of the young Israeli society before the Six-Day War and a theoretical framework in which to place it. It provides an analysis of this young society from the perspective of Western history, constituting a new reference point that does not strive to negate other common approaches. If, until now, the history of the first two decades of Israel has been examined from a local and particular point of view – whether the state-building process or political, social, and national controversies – I propose to view the Israel of the 1950s–1960s as a postwar society that underwent the same structural processes as other Western European societies during those years, despite domestic differences.

Why China Did Not Have a Renaissance – And Why That Matters: An Interdisciplinary Dialogue, written by Thomas Maissen and Barbara Mittler
Author: Hang Lin