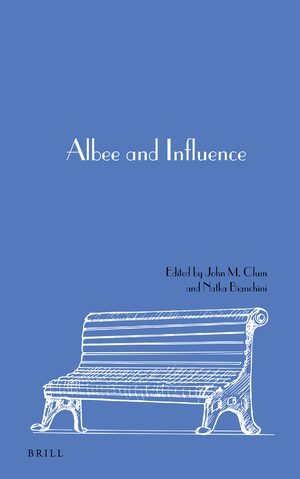 Chapter 3 Animal Sacrifice in Albee’s Plays and Its Influence on the Contemporary Stage
Author: Philipp Reisner

Animal sacrifice occupies a central place in Edward Albee’s plays. In The Zoo Story, Who’s Afraid of Virginia Woolf?, A Delicate Balance, and The Goat or, Who is Sylvia?, animal sacrifice constitutes for Albee a lifelong exploration into the bestiality of human nature. It also reflects an intimate connection to the human need for recognition and love. It is often overlooked, however, that in Albee’s plays the phenomenon of sacrifice may be understood in light of the Judeo-Christian tradition and that his plays exhibit numerous allusions to biblical texts and motifs. Theses allusions compel his audience to reflect upon the theology of sacrifice and the complex religious questions connected to this practice. The influence of the Judeo-Christian tradition may also be found in the work of contemporary playwrights such as David Adjmi, Ann Marie Healey, and David Henry Hwang, who take up similar religious themes and develop them further. They stage humans as subjects and objects of sacrifice made bearable through resurrection that takes place on and off the stage.

This essay focuses on Edward Albee’s contributions to Amiri Baraka’s work as a playwright and the ways in which Baraka’s dramatic output responded to Albee’s early one-act plays. Though the concept of influence is often problematic, and despite his admission that Albee was never his friend, Baraka did comment on and respond to Albee’s influence as a playwright. It’s just that these responses are never the sort of tributes one might expect for an author such as Albee. A closer look at his work reveals Baraka’s vast knowledge of literature, theatre, and criticism crossing a wide range of cultures and influence. Just as Baraka honors and echoes writers such as Malcolm X, Langston Hughes, or even Clifford Odets within his plays, there are moments within his drama that directly respond to and outright critique other writers. Albee is no exception. As case studies, this essay explores critical responses to Albee and his early one-acts—namely, The Zoo Story, Fam and Yam, and The Death of Bessie Smith—found within Baraka’s Dutchman, The Slave, and The Death of Malcolm X. These underexplored responses—and dramatic conversations—underpin this essay’s investigation.

Pam MacKinnon, Tony, Obie, and Drama Desk award-winning director and newly-named artistic director of the American Conservatory Theatre in San Francisco, directed her first Albee production, The Play About the Baby, for Philadelphia Theatre Company in 2002. Since then she has directed six different Albee plays in twelve different productions, including the 2012 Broadway revival of Who’s Afraid of Virginia Woolf?, which led to her first Tony award for direction. We sat down at Playwrights Horizon in May, 2018, to talk about her collaboration with Albee, the man she attributes to giving her career a direction and an “artistic spine.”

This essay focuses on the relationship between Edward Albee’s work and that of gay playwright Nicky Silver, whose career began in 1989. While many gay playwrights during the AIDS epidemic were focusing on plays about urban gay men and the formation of intentional families and gay communities, Silver’s work, like Albee’s, centers on dysfunctional American nuclear families. Unlike Albee, with whom he is often compared, Nicky Silver is a playwright whose work usually contains central gay characters, albeit unhappy ones, and gay themes. After an introductory section on Albee’s attitude toward gay drama, the essay is devoted to comparisons of Silver’s work, particularly his plays Pterodactyls, The Lyons, and Beautiful Child, with Albee’s work. While direct influence is not always provable, there are strong similarities between the work of the two playwrights.

When Edward Albee wrote what turned out to be his last produced play, Me, Myself & I, he probably was not thinking it would be his last play. He was in good health until having open-heart surgery in 2012 but continued working on a new play. However, in writing Me, Myself & I, he might have been thinking nostalgically about his career and how he became one of the great American playwrights; for Me, Myself & I is reminiscent not only of his own theatrically nonrealistic plays (e.g., The Sandbox, The Play About the Baby) but also of Thornton Wilder’s Our Town (1938) and his other plays. In fact, Me, Myself & I is Albee’s most Wilder-esque play. In this essay, I will describe how Albee and Wilder met and formed a mentor-mentee relationship and how Albee himself recalled Wilder’s influence upon him. Then a comparison of Me, Myself & I’s metatheatricality to Wilder’s (then) radical theatrical style primarily in Our Town will attest to the fact that in Me, Myself & I Albee wanted to pay homage to Wilder and the play he called “the greatest American play ever written — so far.”

Drawing some suggestive lines to John Guare, ones that pass separately through both Tennessee Williams and Edward Albee, this essay examines how each playwright portrays, and portrays the relationship between, love and lies. Looking at the living rooms and living spaces of Williams’ A Streetcar Named Desire, Albee’s Who’s Afraid of Virginia Woolf, and Guare’s Six Degrees of Separation, this essay suggests that Guare follows Albee in a long list of American living room dramatists.