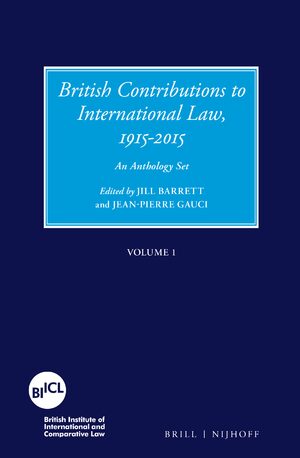 The Editors’ introduction explains why, of all the multifarious British contributions, these are the ones that have had the most enduring impact upon the development of international law, from a global perspective. The sheer quality in these texts speaks for itself; these are the must-read and must-keep classic pieces for all interested in international law and the uniquely British contributions to it.