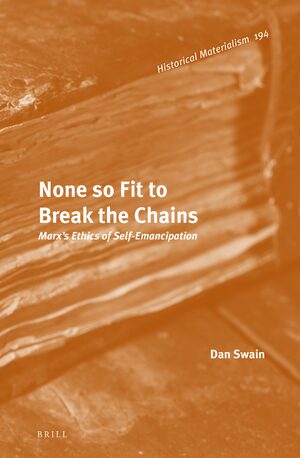 None so Fit to Break the Chains: Marx's Ethics of Self-Emancipation
Series: Historical Materialism Book Series, Volume: 194
Author: Dan Swain
In None so Fit to Break the Chains Dan Swain offers an interpretation of Marx's ethics that foregrounds his commitment to working-class self-emancipation and argues for the continued relevance of this principle for contemporary politics. Self-emancipation is frequently overlooked in discussions of Marx's ethics, but it deeply influenced his criticism of capitalism, his approach towards an alternative, and his conception of his own role as activist and theorist.

Foregrounding self-emancipation offers new perspectives on existing debates in the interpretation of Marx, such as the meanings of concepts like alienation, exploitation and utopianism, and can also offer broader insights into the relationship between critical theory and practice that have an enduring relevance today.
E-Book (PDF) 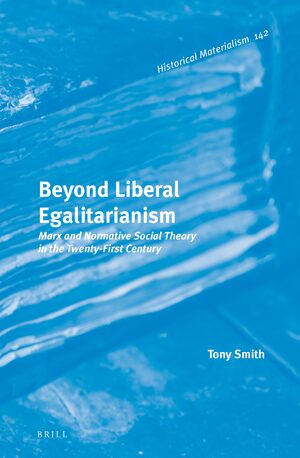 Beyond Liberal Egalitarianism
Marx and Normative Social Theory in the Twenty-First Century
Series: Historical Materialism Book Series, Volume: 142
Author: Tony Smith
Progressive theorists and activists insist that contemporary capitalism is deeply flawed from a normative point of view. However, most accept the liberal egalitarian thesis that the serious shortcomings of market societies (financial excess, inequality, and so on) could be overcome with proper political regulation. Building on Marx's legacy, Tony Smith argues in Beyond Liberal Egalitarianism that advocates of this thesis (Rawls, Habermas, Stiglitz, et al.) lack an adequate concept of capital and the state. These theorists also fail to comprehend new developments in world history ensuring that the 'destructive' aspects of capitalism increasingly outweigh whatever 'creative' elements it might continue to possess. Smith concludes that a normative social theory adequate to the twenty-first century must explicitly and unequivocally embrace socialism.
E-Book (PDF) 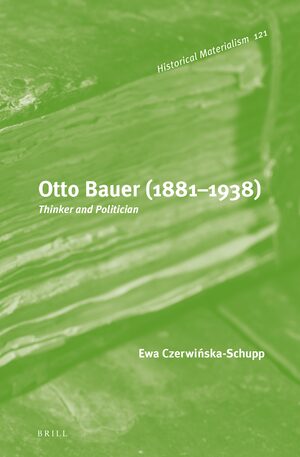 Otto Bauer (1881-1938)
Thinker and Politician
Series: Historical Materialism Book Series, Volume: 121
Author: Ewa Czerwińska-Schupp
This work depicts Otto Bauer as the main politician of the SDAP and attempts a critical-analytical interpretation of his socio-political theories, which are shown against the background of the debates within the First and Second Internationals, political events within the SDAP, the international workers’ movement, and the socio-historical processes in Austria and Europe at the time. The book emphasises Bauer’s analyses, philosophical and historiosophical arguments, his theories of imperialism and the national question, his deliberations on possible ways to socialism, the war question, and fascism, as well as his political activity. Otto Bauer (1881-1938) is also a treatise of the ideological, intellectual, cultural and political movement shaped by Bauer: Austromarxism. 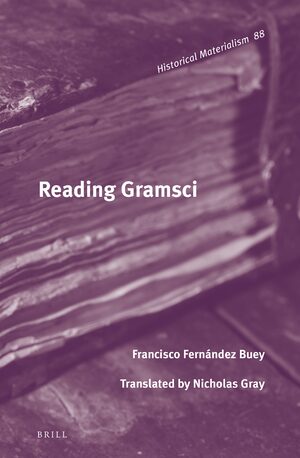 Reading Gramsci
Series: Historical Materialism Book Series, Volume: 88
Author: Francisco Fernández Buey
Reading Gramsci is a collection of essays by Francisco Fernández Buey with a unifying theme: the enduring relevance of Gramsci’s political, philosophical and personal reflections for those who wish to understand and transform ‘the vast and terrible world’ of capital. Reading Gramsci is of considerable biographical and philosophical interest for scholars and partisans of communism alike.