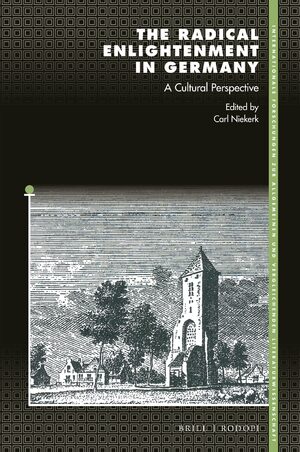 The Radical Enlightenment in Germany
A Cultural Perspective
Series: Internationale Forschungen zur Allgemeinen und Vergleichenden Literaturwissenschaft Online, Volume: 195and Internationale Forschungen zur Allgemeinen und Vergleichenden Literaturwissenschaft, Volume: 195
Editor: Carl Niekerk
This volume investigates the impact of the Radical Enlightenment on German culture during the eighteenth century, taking recent work by Jonathan Israel as its point of departure. The collection documents the cultural dimension of the debate on the Radical Enlightenment. In a series of readings of known and lesser-known fictional and essayistic texts, individual contributors show that these can be read not only as articulating a conflict between Enlightenment and Counter-Enlightenment, but also as documents of a debate about the precise nature of Enlightenment. At stake is the question whether the Enlightenment should aim to be an atheist, materialist, and political movement that wants to change society, or, in spite of its belief in rationality, should respect monarchy, aristocracy, and established religion. 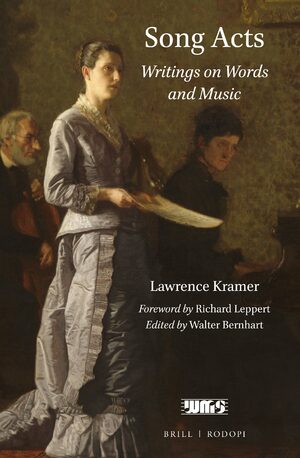 Song Acts
Writings on Words and Music
Series: Word and Music Studies, Volume: 16and Word and Music Studies Online, Volume: 16
Author: Lawrence Kramer
This volume collects twenty of Lawrence Kramer’s seminal writings on art song (especially Lieder), opera, and word-music relationships. All examine the formative role of culture in musical meaning and performance, and all seek to demonstrate the complexity and nuance that arise when words and music interact. The diverse topics include words and music, music and poetry, subjectivity, the sublime, mourning, sexuality, decadence, orientalism, the body, war, Romanticism, modernity, and cultural change. Several of the earlier essays have been revised for this volume, which also contains a preface by the author and a foreword by Richard Leppert. The volume should be essential reading for scholars, students, performing musicians, and other music-lovers interested in musicology, word-music relationships, cultural studies, aesthetics, and intermediality. 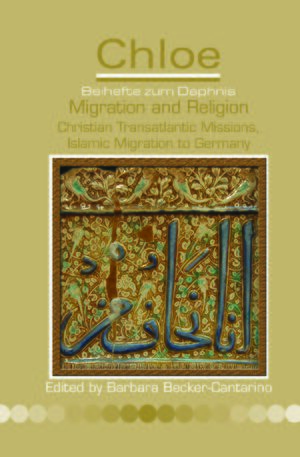 Migration and Religion
Christian Transatlantic Missions, Islamic Migration to Germany
Series: Chloe, Volume: 46and Chloe, Volume: 46
Editor: Barbara Becker-Cantarino
This volume looks at how religious identity and symbolic ethnicity influence migration. Religion – Christianity – was an important factor in European transatlantic migrations; religion – Islam – is a major issue in the immigration debate in “post-secular” Germany (and Europe) today. Essays focus on German missionaries and their efforts in the eighteenth century to establish new communal forms of living with Native Americans as religious encounters. In a comparative fashion, Islamic transnational migration into Germany in the twenty-first century is explored in a second group of essays that look at Muslim populations in Germany. They provide an insight into the ongoing discussions in Germany about modern migration and the role of religion. This volume is of interest to all who are engaged in issues of historical and contemporary migration, in Cultural and German Studies.
E-Book 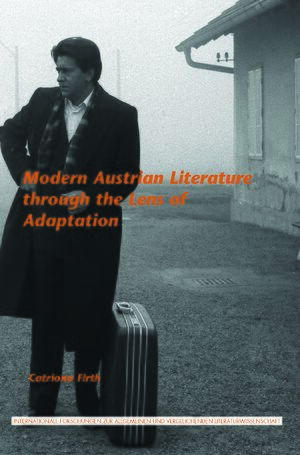 Fractured Biographies
Series: German Monitor, Volume: 57
Editor: Ian Wallace
A physical chemist (Fritz Haber), a photographer (Josef Breitenbach), a cabaret artist (Georg Kreisler), two writers (Otto Alscher and Albin Stuebs), a pioneering scholar in Irish-German studies (John Hennig) and a Celtic philologist (Julius Pokorny) are the focus of this volume. What they have in common is a biography fractured by the Nazis’ rise to power in 1933. Six were forced into exile; the life of the seventh, the Romanian-German writer Otto Alscher, shows that even the biography of a Nazi sympathiser could be dislocated by the years of dictatorship. As the previously unpublished letters which are reproduced here show, Fritz Haber, a Nobel prize winner, spent ‘his last lonely months’ seeking a dignified way to leave the country to which he had once felt the deepest attachment. Although a prominent member of Germany’s academic élite, Julius Pokorny had to retire because of his Jewish ancestry in December 1935 and yet was allowed to continue publishing on ethnic themes until his exile in 1943. Albin Stuebs was forced to seek refuge in Prague and later England when his left-wing political convictions made him a certain target for the Nazis. Because of his marriage into a liberal Jewish family, John Hennig had to renounce all hope of an academic career in Nazi Germany and, after his exile to Ireland, struggled in straitened circumstances to support his family while at the same time developing into an unusually prolific scholar. Proof that exile may stimulate creative energy is provided by Josef Breitenbach, whose remarkable biography appears to show that loss and uprootedness may release otherwise undeveloped creative potential. Similarly, the flight of Georg Kreisler from Vienna in 1938 was the start of ‘a remarkable voyage of discovery’ which saw him grow into a major, if consistently undervalued figure in the world of post-war German cabaret.
E-Book

After the GDR
New Perspectives on the Old GDR and Young Länder
Series: German Monitor, Volume: 54
Editors: Laurence McFalls and Lothar Probst
This volume represents the efforts of fifteen scholars from Europe and North America to work through the complex and sometimes compromising past and the current struggles that together define eastern German identity, society, and politics ten years after unification. Their papers offer an exemplary illustration of the variety of disciplinary methods and new source materials on which established and younger scholars can draw today to further differentiated understanding of the old GDR and the young Länder. In a volume that will interest students of German history, cultural studies and comparative politics, the authors show how utopian ideals quickly degenerated into a dictatorship that provoked the everyday resistance at all levels of society that ultimately brought the regime to its demise. They also suggest how the GDR might live on in memory to shape the emerging varieties of postcommunist politics in the young states of the Federal Republic and how the GDR experience might inspire new practices and concepts for German society as a whole. Most importantly, the papers here testify to the multidisciplinary vitality of a field whose original object of enquiry disappeared over a decade ago.
Hardback

Negotiating Positions
Literature, Identity and Social Critique in the Works of Wolfgang Koeppen
Series: Amsterdamer Publikationen zur Sprache und Literatur, Volume: 146
Author: Simon Ward
This study offers new perspectives on Wolfgang Koeppen, a writer too often consigned to the margins of post-1945 literary history. Examining the interaction of the personal and the social in Koeppen's writings, this book demonstrates that the politics of his works are inherent to their form.
Through a series of close readings, the book explores the positive and negative aspects of liminality, a dominant trope in Koeppen’s works. Stressing the thematic and formal continuities of his oeuvre, the first section illustrates how his protagonists perpetually establish a space for themselves 'in between' states. The second section examines how Koeppen negotiates with the discourse of 'nation' during two central periods of his career. It shows how his experiences in the Third Reich and his reappraisal of the years prior to 1933 determine his perspective on modernity, modernism and Germany after 1945. Having defined the location of culture in his works, the book concludes by resituating Koeppen's writings within post-war West German literary culture.
Paperback

The Poet’s Role
Lyric Responses to German Unification by Poets from the GDR.
Series: Amsterdamer Publikationen zur Sprache und Literatur, Volume: 147
Author: Ruth J. Owen
This study of contemporary German poetry represents the first attempt to examine comprehensively and at some length the lyric response to the unification period. It sets out to investigate, by means of close textual analysis, whether the German ‘Wende’ was also a turning-point for poetry, exploring how GDR poets responded both to the revolutionary events of 1989 and subsequently to the new, united Germany. An introductory chapter considers what is distinct about poetry as a genre, especially under censorship or amid historic change, as well as outlining the post-unification ‘Literaturstreit’. The following chapter offers a survey of the poet’s role in the GDR from 1949 until 1989. Two central chapters then gather the poetry of the ‘Wende’ and unification as a corpus of work and characterize it, through the elucidation of recurring themes, motifs and techniques. The volume strikes a balance between giving a general overview of poetry written in 1989-1996 and focusing on individual poets whose work is particularly compelling. After identifying broad trends across a wide range of individual poems, collections and anthologies, single chapters therefore examine in greater depth the work of Volker Braun and Durs Grünbein. The concluding chapter addresses the issue of a separate GDR literature. Finally, an extensive, structured bibliography is provided, covering the poetry, literary criticism and cultural history of the period.
Paperback