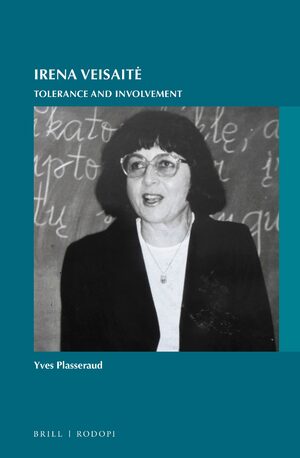 Irena Veisaitė
Tolerance and involvement
Series: On the Boundary of Two Worlds, Volume: 40
Author: Yves Plasseraud
Irena Veisaitė is held in deep esteem throughout her country. This volume is an attempt to relate the difficult journey of her remarkable life against the backdrop of the complex history of Lithuania and its Litvaks (Lithuanian Jews).
After being rescued by Christian Lithuanian families and having survived the Holocaust Irena Veisaitė devoted herself to study and creative work. She was a memorable lecturer, respected theatre critic, associate film director, and also founder and chairman of the Open Society Fund (Soros Foundation) which made an invaluable contribution to the process of democratisation in Lithuania.
Irena Veisaitė made it her life’s work to speak up for dialogue and mutual understanding and believes that even in the most difficult circumstances it is possible to preserve one’s humanity. Having lived through some of the major atrocities of the twentieth century, her insistence on the need for tolerance has inspired many.