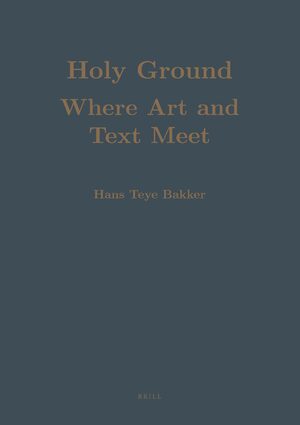 The Temple of Maṇḍaleśvarasvāmin: The Muṇḍeśvarī Inscription of the time of Udayasena reconsidered
Author: Hans Teye Bakker

A Theatre of Broken Dreams: Vidiśā in the days of Gupta hegemony
Author: Hans Teye Bakker

Archaeological deposits in rock shelters have enormous informative potential, particularly in arid environments where organic materials are well preserved. In these areas, sub-fossilized coprolites and dung remains have been identified as valuable proxies for inferences about past environments, subsistence economies and cultural trajectories. Here we present a multidisciplinary analysis of bovid (ovicaprine) coprolites collected from the Early Holocene hunter-gatherer occupation at Takarkori rock shelter (SW Libya, central Sahara). Our results show that Barbary sheep (Ammotragus lervia) were managed as early as ~9500 years cal BP, mostly with the rearing of juveniles. Palynological analysis of individual pellets suggests a seasonal confinement of the animals and the selection of fodder. GIS analysis of coprolite distribution also indicates sophisticated strategies of Barbary sheep “herding” and spatial differentiation of specialized areas within the rock shelter, including the construction and use of a stone-based enclosure for corralling animals. These highly structured and organized forms of control over wild animals are interpreted as a potential co-evolutionary trigger for the subsequent rapid adoption and integration of the incoming pastoral Neolithic economy.

The Emergence of Mobile Pastoral Elites during the Middle to Late Holocene in the Sahara
Author: Michael Brass

Different emphases on ideological, socio-economic and technological changes have been brought to bear on the cultural variability made materially manifest in pre-Iron Age Saharan pastoral societies. The models have ranged from limited or no complexity before iron production to transient mobile elites across the Sahara, to socially complex communities from the mid-Holocene onwards in the Central Libyan Sahara, and to permanent elites with complex social structures. Here, ethnographic cultural variability is stressed, previous models detailed, and data for the Eastern and Central Sahara summarised and analysed. The emerging picture is of a mosaic of population movements, clustering and experimentation resulting in transient peaks of wealth and the potential for incipient social complexity to become temporarily or permanently manifest. Saharan social diversity serves as a warning against linear models and highlights the importance of an explanatory framework for investigating the evolution of social structures outside of permanently settled communities for North Africa.

During the 2010 excavations of Mlambalasi rockshelter, Iringa Region, Tanzania, a single rifle bullet casing was recovered. Analysis of this casing found that it was manufactured in 1877 at the munitions factory in Danzig for the German infantry’s Mauser 71 rifle. This casing is thus directly linked to the period of German colonization of Tanganyika, during which Iringa was a key centre of anti-colonial resistance. Mlambalasi was the location of the last stand of Chief Mkwawa of the Hehe people, and this bullet casing provides a tangible link to his uprising during the 1890s. In light of this colonial context and our ongoing research at Mlambalasi, this find is used to illustrate that a single artifact can reinforce multiple narratives about the past and the significance of an archaeological site.

The authors, with the help of a team of researchers, have discovered twelve rock shelters with inside paintings on the southern slopes of the Jbel Bani Mountains in southern Morocco. The paintings vary in subject and time period and span multiple rock art styles. Majestic creatures that once inhabited southern Morocco are depicted next to hunters, pastoralists, and warriors. The shelters and paintings cast upon their walls illustrate a transfer of culture, beliefs, technology, and ideas between people groups of the Meridional and Central Sahara and the Jbel Bani region. These discoveries were all made along a mountain path in the Bani Mountains known as Foum Laachar and may help trace ancient human migration routes.

Kweneng is an extensive aggregation of stone-walled ruins that represent a pre-colonial Tswana capital. It is located 30 km south of today’s Johannesburg. The Molokwane architectural style predominates at this site. This style dates from around the mid- eighteenth to the mid- nineteenth centuries AD. The northern sector of Kweneng contains some structures in an architectural style from the seventeenth and eighteenth centuries AD. Scattered here and there on the fringes of Kweneng are Type N compounds, which represent the oldest architectural style in this region and date to the fifteenth and sixteenth centuries AD. With a long sequence from formation to collapse, Kweneng will shed light not only on the birth of complex urban society in this region, but also in more distant times and places where the evidence might be considerably less intact. This preliminary report introduces the site and the principal features of its built environment.