Clear All
Download Citations
Page: ... 56789101112131415 ...
Investigating Crimes against Humanity in Syria and Iraq: The Commission for International Justice and Accountability
Author: Melinda Rankin

The failure of the United Nations to effect a ‘responsibility to protect’ in Syria and Iraq has provoked acrimonious debates over how the international community should respond to mass atrocities in the contemporary international order. Moreover, the fact that the International Criminal Court and other United Nations (un) agencies remain unable to investigate in Syria and Iraq, has reinvigorated debate on the mechanisms available to bring those most responsible for humanities gravest crimes to account. This article examines the Commission for International Justice and Accountability (cija). As non-state actors, cija conduct their investigations outside the United Nations system, with the aim of investigating and preparing case briefs for the most senior leaders suspected of war crimes and crimes against humanity in Syria; and war crimes, crimes against humanity and allegations of genocide in Iraq. This article argues that in preparing case briefs for individual criminal liability for a future prosecution, cija have attempted to extend the system of international criminal law, and in so doing, pose a challenge to traditional notions of the state in relation to the concept of war and the law, and the relationship between power and law in the international system. The article concludes by the asking the question: does the international community have a ‘responsibility to prosecute’ those suspected of criminal misconduct?

The global failure to respond effectively to mass atrocity crises in Rwanda, Bosnia, Syria and many other man-made catastrophes, can be understood as a result of failures of analysis, of a lack of preparedness and of limited political will to prevent or protect. This article offers an analytic innovation in the form of a classificatory typology in order to better consider civilian protection crises (in non-permissive environments) in terms of the estimated risk to civilians and the feasibility of protection. It should be seen as one tool in a developing set of analytic instruments for protection purposes. The civilian protection typology proposed here draws on a range of factors relevant to risk and feasibility, simplifying a hugely complex area of human activity to enable types of protection crisis to be established, permitting prioritisation of cases. The case of Syria – the worst humanitarian crisis since wwii – is examined using this framework, illustrating where this crisis might lie in the typology.

From Atrocity Crimes to Human Rights: Expanding the Focus of the Responsibility to Protect
Author: Kirsten Ainley

The Responsibility to Protect (R2P) was envisaged by its authors to encompass a wide range of human rights protections. In order to gain state support for the idea of the R2P, its focus was narrowed to the protection of populations from atrocity crimes. This article challenges the ‘atrocity lens’, arguing that the restricted focus is both practically and conceptually flawed. Practically, it has failed to inspire action in situations where there were good reasons to believe that atrocities were occurring. Conceptually, it has led to a counterproductive focus in R2P implementation on conflict and on particular actors within conflict. The article therefore explores the possibilities and implications of stretching the focus of R2P back to the broader vision found within the iciss report. It concludes that there are significant potential benefits to adopting a ‘human rights lens’ if states are willing to fulfil their pillars one and two responsibilities.

National Human Rights Institutions (nhris) have rapidly proliferated worldwide in the last twenty years. They play an important role in the implementation of international human rights standards at the domestic level. Examples, especially from the African and Asian regions show that the Responsibility to Protect (R2P) relates to the work of nhris. Some institutions were established as one of the outcomes of peace processes in order to advance reconciliation and prevent future abuses. Where nhris already exist, the institutions may promote and protect human rights in each phase of the R2P. This paper discusses what role nhris can take up in assisting governments, the international community, and people before, during and after crisis situations. Through concrete country examples, it also highlights the challenges that the institutions must face, and summarises the limits of their influence.

This article evaluates the effects certain interventions, namely various types of third party peacekeeping missions, have had on the future human rights practices of countries experiencing civil conflict. I argue that peacekeeping with (a) an un mandate or (b) a strong civilian or humanitarian focus are the only types of missions that should cause gains in human rights performance; these missions are aligned with R2P goals. Using a cross-national sample of countries experiencing civil conflict from 1960 to 2013, I find much evidence that R2P-aligned peacekeeping missions can be a positive force for future human rights performance within countries that have experienced civil conflict, even after we account for the factors that led to the mission in the first place. Advocacy efforts in support of R2P must be careful to call for only interventions with un support and/or clear humanitarian objectives.

This paper considers the potential of regional human rights institutions in the global South – including the Inter-American Commission on Human Rights, the African Commission on Human and Peoples’ Rights, and the asean Intergovernmental Commission on Human Rights – to exercise atrocity prevention functions. Specifically, it considers the possibilities and limits of their institutions and activities in contributing to early warning, direct prevention, and ‘root cause’ prevention, finding that much potential exists for the Inter-American and African Commission to make tangible contributions to prevention, broadly conceived, but that there remain important gaps between mandate and actual practices. The asean Commission lags significantly behind the others because of the Southeast Asian grouping’s continued commitment to non-interference. Despite this fact, asean norms and institutions are ever-evolving – even if slowly – and so opportunities may arise for the creation of prevention-relevant mandates and mechanisms that mirror those already embedded in the Inter-American and African systems. 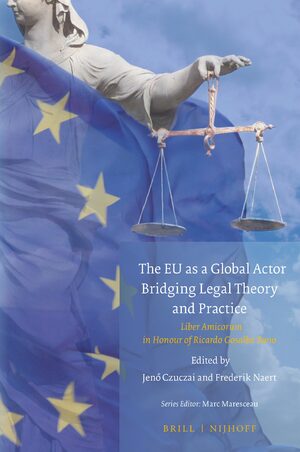