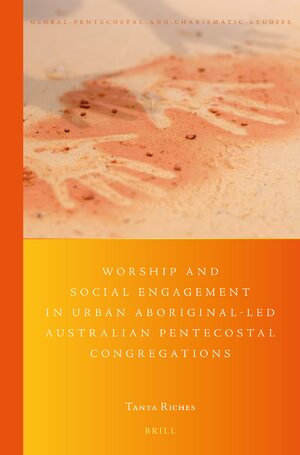 The Protective Buddha: On the Cosmological Logic of Paritta
Author: Eviatar Shulman

Paritta — ritual chanting — is a central institution in Theravāda Buddhism, with deep roots in all historical forms of Buddhism in Asia. Nevertheless, no study provides a convincing framework for how the protective potency of the Buddha and his words is understood. Earlier strands of scholarship highlighted the psychological aspects of ritual chanting that were thought to have a positive effect on participants. Later scholars emphasized the role of paritta in the training of monks. These studies do not explain “how paritta works,” that is, for example, why, according to the views encapsulated in the texts themselves, bringing the Buddha to mind can act against demons or change reality. This article offers a close reading of the central texts of the genre in order to conceptualize the metaphysical understanding they employ. It thus provides insights regarding the unique ontological position and cosmological function of the Buddha according to the texts.

For decades, scholars of religious studies have questioned the anachronism of the category of “religion” for discussing the historical emergence of Judaism, Christianity, Buddhism, and Hinduism. Beginning already with Wilfred Cantwell Smith in the 1960s, however, Manichaeism was heralded as an exception to this pattern, and Mani has been understood as perhaps the first to found a new “religion.” This article considers how this model shaped the interpretation of the Cologne Mani Codex (CMC) and offers a fresh reading of its rhetoric of differentiation and identification. It attends to how the CMC frames Mani as a reformer among the Baptists and in continuity with this Baptist past. It ultimately argues that the creators of the CMC did not think of “Manichaeism” as a distinct “religion.” Finally, it aims to recalibrate the study of the Cologne Mani Codex towards broader attempts at situating it within a Syro-Mesopotamian milieu.

Breaking the Rules: Considerations on Zoroastrian Terminology Related to the Idea of Heresy
Author: Mihaela Timuş

The present article is a part of a wider project devoted to the Zoroastrian Middle Persian terminology often translated in European languages as “heresy” or “heretic.” I offer here an analysis of the Middle Persian ahlomōγ according to only one text of the exegetical literature of this religious tradition, written down after the Arab conquest of Iran, namely Dēnkard 7. I propose a hypothesis according to which the majority of the contexts in which this term is used refers to Mazdak and the Mazdakites, suggesting that the author of Dēnkard 7 here draws a historical scheme of this sectarian movement. Other meanings, though not so many, can be found, such as “apostasy.” Among the methodological considerations, one finds that the same notion may have slightly changed meaning from one text to another, from one period to another. The Avestan ašǝmaoγa, for which the Middle Persian ahlomōγ is a translation, does not clearly lead to the idea of heresy, understood as schism or sect.

The Commemoration of the War Dead in Modern Japan
Author: Akira Nishimura

This article begins by providing an overview of research trends in the study of the commemoration of the war dead in modern Japan. Studies of the attitudes of the living towards the dead in Japan have mainly focused on ancestor worship performed by family members. The issue of the war dead and their treatment has been the subject of debate within Japanese society since the end of the Second World War. Those who were killed in action, unlike other war casualties in Japan, have been accorded privileged treatment and been enshrined in Yasukuni. Studies of the commemoration of war dead in Japan began with the Yasukuni shrine issue, but research has recently appeared that deals with various types of commemoration. The latter part of this article discusses the commemorative pilgrimages in the former battlefields in Southeast Asia by Buddhist priests during the 1950s and 1960s. By doing so it provides an alternative perspective to the overly Yasukuni-centered discussion of the commemoration of war dead and highlights the missing link between the religious sectors’ engagement with the governmental project to recover the remains of the fallen and the later pilgrimages organized by each religious group that began in earnest after the lifting of restrictions on overseas travel in 1964.

The Development of Thanatology in Japan and its Position in East Asia, with a Focus on Thanatology’s Relationship to Religion
Author: Masaru Ikezawa

This article deals with the religiosity of thanatology in Japan, which was introduced under the name shiseigaku (death and life studies) in the 1980s. Although many religious believers and scholars of religious studies have been connected with this field in Japan, religions are not necessarily highlighted by studies of Japanese thanatology. The Japanese pioneers of thanatology did not have clear ideas on the positioning of religion in this field, but they unconsciously merged their own faith into their discipline. Later, other scholars tried to re-construct this field by weakening its religious orientation. The Japanese case is in contrast to Taiwanese thanatology, in which the pioneers tried to position religious beliefs as the essential element of the field. Indeed, this difference was partially influenced by the religious traditions of both societies, but other factors such as the historical processes of this academic field and the private beliefs of researchers were important causes of that difference.

In recent years, research on modern Buddhism, i.e., Buddhism from the Meiji Restoration (1868) onwards, has been flourishing in Japan. Drawing on existing scholarship, this paper attempts to elucidate the characteristics of the first stage of modern Japanese Buddhism. In the premodern period, Buddhist priests had been the only people able to articulate Buddhism. In the modern period, Buddhist intellectuals with Western academic knowledge re-articulated Buddhism, linking and negotiating between those inside and those outside the Japanese Buddhist world. I will focus on four Buddhist intellectuals and try to understand their involvement in politics, education, and public discourse, their resistance to the expansion of Christianity into the country, and their call for the institutional reform of Buddhism. These activities contributed significantly to the first stage of the development of modern Buddhism.