Clear All
Download Citations
Page: ... 1011121314151617181920 ...
Overcoming the Gender Gap: The Possibilities of Alignment between the Responsibility to Protect and the Women, Peace and Security Agenda
Author: Sarah Hewitt

This article examines the relationship between the Women, Peace and Security (wps) agenda and the Responsibility to Protect (R2P). R2P remains ‘gender-blind’, inadequately addressing gender issues encompassed within the wps agenda. Currently, women are limited by gendered structural inequalities and marginalisation in conflict, where the wps agenda has failed to be incorporated in R2P and broader conflict mechanisms. I argue that the wps agenda and R2P are mutually beneficial and complementary in their protection mandates to enable lasting peace. I identify three common intersecting commitments of these two normative frameworks to provide a more holistic, gender-sensitive approach to conflict. These are prevention and early warning systems, protection and gender-sensitive peacekeeping, and women’s participation in peace processes. I conclude that identifying common areas of engagement could potentially effect positive changes for women and men on the ground in conflict prevention and protection, and post-conflict reconstruction.

The Responsibility to Protect and Obama’s Red Line on Syria
Author: Yasmine Nahlawi

The 21 August 2013 chemical attack on Ghouta led to the mobilisation of the international community after long international paralysis towards the ongoing conflict in Syria. It is unclear, however, why or under what legal basis states chose to react to Syria’s use of chemical weapons in exclusion to other mass atrocity crimes committed within the country. This article evaluates the legal underpinnings of President Obama’s ‘red line’ on the use of chemical weapons in Syria in the context of R2P. It notes that while all states condemned the Ghouta attack and called for accountability in this regard, only a minority of states shared the United States’ position that chemical weapons constituted a red line in their own right. Overall, it is maintained that the ‘red line’ phenomenon was case-specific to the Syrian conflict, reflecting geopolitical interests of world powers rather than signifying a new precedent for R2P’s application.

The ‘Duel’ Meaning of Feminisation in International Relations: The Rise of Women and the Interior Logics of Declinist Literature
Author: Caron E. Gentry

‘Feminisation’ in International Relations refers to multiple, and sometimes contradictory, concepts. Much of the time it refers to the incorporation of women into various organisations and institutions, such as women’s participation in militaries or in politics. The decline of violence, or declinist, literature lists it as one of the contributing factors in the decline of violence and associates feminisation with women’s social, political, and economic empowerment. Feminist theory in ir, however, conceptualises ‘feminisation’ in a different light. As the feminine is often devalued or deprioritised for the preferred masculine, feminisation is synonymous with devalourisation.1 Therefore, this paper will play with the dual meaning of feminisation, offering a cautionary tale for the dependency on women’s empowerment in the declinist literature by asserting that it is hampered by masculinist thinking. It will do so by challenging the equation of women with gender in the declinist literature. Gender equality and/or progress cannot simply be limited to raising women’s status, which implicates an understanding of gender as a binary categorisation of men/masculinity or women/femininity. Instead, gender is a spectrum that understands the multitude of gender identities, going beyond heteronormativity to lesbian, bi-, gay, trans, queer, and intersex (lbgtqi). Limiting gender to women means violences against other communities, particularly sexual minorities, is unrecognised and unaccounted for. 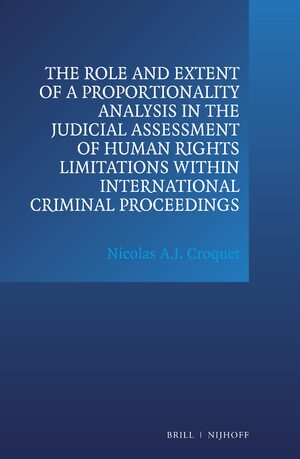 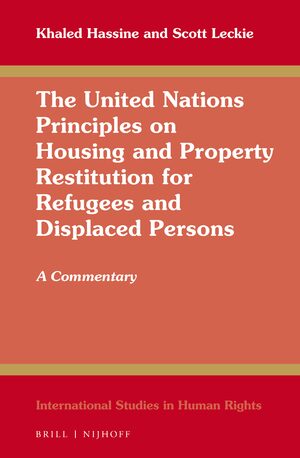 The Commentary compiles and analyzes in considerable detail the legal contents of the Pinheiro Principles - a consolidated international instrument generated by the United Nations in 2005 to provide a solid normative framework on these questions and which legal duties exist for states and the international community to secure them. The book will be of vital interest for all actors concerned with applying restitution rights in practice.