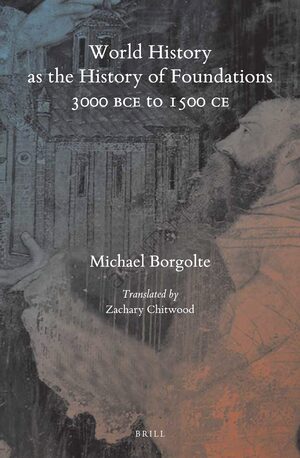 Ascetic and Nonascetic Layers in the Qurʾan: A Case Study
Author: Guillaume Dye

Using the methods of redaction criticism, this article analyzes two Qurʾanic parallel passages, Q 23:1–11 and Q 70:22–35, and the chronology of their redaction. Relying on discernable traces of editorial work, it argues that these texts of instruction, which initially exhorted their audience to live a pious and ascetic life, have known a process of rewriting, which substantially softened the ascetic injunction of continence present in the earliest versions. This analysis might shed light on the background and development of the Qurʾan and early Islamic piety.

Asceticism and Poverty in the Qurʾan
Author: Michael Bonner

While the Qurʾan approves of ascetic practices such as fasting and vigils, it does not insist on them. Nonetheless, Sloterdijk’s You Must Change Your Life may help us to identify an ascetic “training program” within the Qurʾan. This has as its main elements: hijra, in the sense of an ongoing attitude of separation and exile; jihad, in the sense of training for and engaging in combat, again as an ongoing attitude; and poverty, not in the sense of voluntarily undergoing deprivation, but of benefaction on a heroic scale recalling pre-Islamic Arabia. How do we contextualize this program and the Qurʾanic environment in general? While the historical narratives about Muhammad and the early community have plenty to say about these elements, they do not adequately account for the way they appear in the Qurʾan. We propose instead to use the chronological order of suras first proposed by Weil and Nöldeke, not to establish chronology but to identify diverse communities of reception within the Qurʾan, specifically with regard to poverty and generosity. The result is a simultaneous contrast and balance between values and practices based on reciprocity on the one hand, and requital/ reward on the other. Asceticism thus has a central role in a uniquely Qurʾanic system of economic and moral exchange.

Dynamics of Religion: Past and Present; Proceedings of the XXI World Congress of the International Association for the History of Religions , edited by Christoph Bochinger and Jörg Rüpke
Author: Carole M. Cusack

This article addresses the Qurʾan in light of Peter Sloterdijk’s etymologically founded understanding and elaboration of askēsis as “training” or “exercise.” Approaching asceticism as a broad cultural phenomenon and not as, for example, renunciation, self-denial, or privation exclusively, the article demonstrates that the Qurʾan is a text characterized by ascetic norms and values. The Qurʾan is an educational project, employing a variety of pedagogical strategies to train its adherents how to think and react in a particular way. Through an outline of four examples of such strategies (the use of “learning terms,” metaphorical language, formulaic repetition, and polemical speech), I argue that the Qurʾan follows other (post-)axial religions in constructing an ascetic, deliberate, and self-reflexive mental training program for its followers.

A New Take on Asceticism: Asceticism as Training and Secession Suspended between Individuality and Collectivity
Author: Anders Klostergaard Petersen

Inspired by Peter Sloterdijk’s Du mußt dein Leben ändern. Über Anthropotechnik (2009), I present a novel take on asceticism as deliberate training. Understanding humans as training animals, I discuss how, with the emergence of kosmos or Axial Age religions, humans came to acknowledge this element and made it a pivotal part of their lives. After presenting three important complements to Sloterdijk’s argument, I present a new take on asceticism by relating it to the two main currents in classical scholarship, those of Durkheim and of Weber. Underlying the two perspectives is the transition in asceticism, highlighted by Sloterdijk in his understanding of the phenomenon as basically constituting training programs, from a ritually determined to an ideologically defined form encompassing one’s entire life. Finally, I argue with Durkheim and Sloterdijk that asceticism should not be reduced to a religious phenomenon only, nor to one exclusively characteristic of religions. It is a basic feature of human life enacted on a continuum suspended between the two poles of individuality and collectivity.