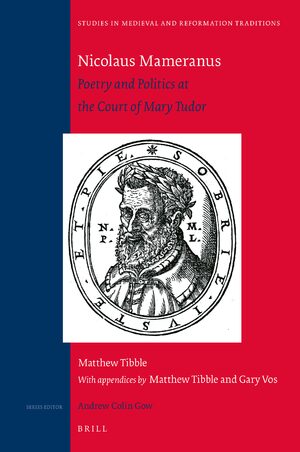 The Art of Printing in the Dutch East Indies
Author: Lisa Kuitert

In the Netherlands, and elsewhere, too, Laurens Janszoon Coster of Haarlem, and not Gutenberg, was long thought to have been the inventor of the art of printing. The myth—for that is what it was—was only definitively repudiated at the end of the nineteenth century, though some continued to believe in Coster until their dying breath. The Coster myth was deployed to give the history of the Netherlands status and international prestige. This article concerns the extent to which Coster’s supposed invention was known in the Dutch East Indies—today’s Indonesia, a Dutch colony at that time—and what its significance was there. After all, heroes, national symbols and traditions, whether invented or not, are the building blocks of cultural nationalism. Is this also true for Laurens Janszoon Coster in his colonial context?

Benedictus de Spinoza became one of the few censored authors in the liberal publishing climate of the Dutch Republic. Twenty-three years passed before the first Dutch translation of his Tractatus Theologico-Politicus (1670) appeared in print, despite two interrupted attempts to bring out a vernacular version before 1693. This article compares the three oldest Dutch translations of Spinoza’s notorious treatise by combining digital sentence alignment with philological analysis. It describes the relationship between the variants, two printed versions and a manuscript, revealing a pattern of fragmentary similarity. This partial textual reuse can be explained using Harold Love’s notion of ‘scribal publication’: readers circulated handwritten copies as a strategy to avoid the censorship of Spinozism. As a result, medium and language not only conditioned the dissemination of Spinoza’s treatise in Dutch, but also affected its text in the versions published—either in manuscript or print—between 1670 and 1694.

This article analyses the private library book sale catalogue of paper-cutting artist (knipkunstenaar) Johanna Koerten (1650-1715), one of the most famous artists in the Dutch Republic. The study draws on data gathered for the ERC-funded MEDIATE project (Measuring Enlightenment: Disseminating Ideas, Authors and Texts in Europe, 1665-1830). The bibliometric approach of this digital humanities project uses book sale catalogues to study the circulation of books and ideas in eighteenth-century Europe. This article analyses the catalogue of Koerten, her background and professional interests, the ‘femininity’ of female book collections in general, and the problems and opportunities one faces when using bibliometric data on book sale catalogues.

In 2018, we published an article that provided a first attempt to survey the whole output of the seventeenth-century Dutch Republic. Our estimate was a minimum of 357,500 editions. This calculation did not yet include the world of ephemeral forms, handbills and posters. The survival of such commercial or private notices is microscopically small, compared to what must have been produced. It is nevertheless vital for our understanding of the print trade that we attempt to capture the complexities of this lost world: this was work that sustained printshops. It was also the form which most acutely influenced commerce, government and social life. Here we wish to offer an introduction to this most elusive genre of the early modern print world, document the myriad ways in which print infiltrated the daily life of people, and offer some hypotheses on the likely total output of certain forms of ephemeral print.

During the twentieth century, a limited edition is usually numbered, in contrast to limited editions of around 1800. This article examines a number of turning points in the history of limitation statements and copy numbering: the disappearance of copyright related numbering versus unnumbered editions of private presses (around 1800), the advent of numbered prints (1850-1900), and numbering of luxury editions and private press editions (1880-1910). The stabilization of a new tradition of numbering occurs around 1930. The development of private press publications is examined in a broad context of copyright and the production of prints, while practices in the English-speaking world are shown to differ from those in other cultures, such as the Netherlands, Belgium, France and Germany.