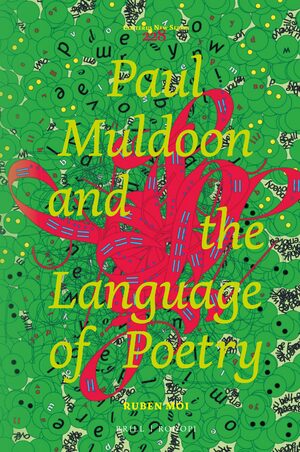 The Polar Bear has been an important character in the mythology and traditional folktales of numerous Arctic and sub-Arctic peoples. It is among the most recognizable charismatic megafauna in the world and arguably the most iconic symbol of the far north. Increasingly, the polar bear has also come to represent the effects of anthropogenic climate change and global warming. The focus of this study is upon the various intercultural ‘ways of seeing’ the polar bear, from northern folklore to modern-day children’s literature, in order to assess the main themes, archetypes and character functions that have emerged over time. A sample of 71 fiction and non-fiction books about polar bears, published between 1982 and 2019, and aimed at early learner children of about 7 or 8 years of age, have been examined.

In The Irresistible Fairy Tale (2012), Jack Zipes ties a sense of wonder to the subversive fairy tale. He claims the subversive fairy tale often takes shape as a dystopia that ‘still pulsates with [the] utopia fervor’ (136) of the tradition it subverts. Popular British women writers like Christina Rossetti, George Egerton, and Angela Carter famously tapped into this fairy-tale wonder in their subversive fairy tales, reshaping the traditional Victorian fairy tale as a vehicle of social critique in the hopes of changing a new generation. By contrast, Irish authors such as Julia Kavanagh, Molly Keane, and Maeve Brennan use the Victorian fairy tale tradition as a pernicious force in the lives of their displaced and marginalized heroines. This chapter examines how the Cinderella fairy tale particularly encourages complacency which dooms the marginalized heroine who must forge her own happiness against the tide of mainstream culture. These fictional characters created by Kavanagh, Keane and Brennan resonate with political references to ‘Cinderella’ in Irish newspapers and pamphlets under British colonial rule. Thus, these narratives are also a part of a tradition of highly politicized Cinderella tales, in which Cinderella is stripped of wonder and positioned as a dangerously passive creature who threatens both the individual and the nation in the Irish cultural imagination.

In the last decades, and in parallel with the rise of trauma theory and memory studies, literature has increasingly turned to the Holocaust and its aftermath. This chapter focuses on one of the ways in which contemporary literature has attended to what Imre Kertész called—in his 2002 Nobel lecture—‘the broken voice’ of the Holocaust past. This broken voice can be heard in works of fiction that deal with the Holocaust by using traditional fairy tales as templates or background structures. The present analysis thus considers several Holocaust narratives that build on fairy-tale intertexts—Kindergarten (1979), Briar Rose (1992), ‘Breadcrumbs and Stones’ (1993), The True Story of Hansel and Gretel (2003), and Gretel and the Dark (2014)—in order to illustrate how the memory of the past is kept alive in the Holocaust anti-tale, a hybrid form that partakes of the indirectness and dialogical nature typical of accounts of traumatic events. Attention is paid, too, to the reflection these works prompt on issues like perpetration and evil, the legacy of survival and victimhood, and the relational nature of remembering that links not only different generations of people, but also different stories of violence.

Chapter 18 ‘Children were terrified of her’: Interpreting Susan Hill’s The Woman in Black as a Folktale
Author: Marta Miquel-Baldellou

In a later stage of creativity, Susan Hill has published a series of gothic narratives with evident Neo-Victorian traits which share many features pertaining to the traditional folktale. This succession of gothic stories was inaugurated by the publication of her much acclaimed novel, The Woman in Black (1983), which established common narratological characteristics that would reverberate in many of her subsequent novels belonging to the same genre. Drawing on Vladimir Propp’s concepts of function and character-function in his analysis of the folktale, Claude Lévi-Strauss’ structural study of mythemes and the identification of an underlying pattern, and Carl Jung’s theories about the collective unconscious and archetypes, this article aims to interpret Hill’s novel The Woman in Black as a folktale by means of analyzing the features that it shares with the formula of classic folktales.

Chapter 7 Cinderboy and Snow White and the Seven Aliens: Analysis of the Rewriting of Two Classic Tales and Their Translations to Spanish
Authors: Ana Pereira Rodríguez and Lourdes Lorenzo García

This chapter contains an analysis of the reformulations of Cinderella and Snow White produced during the 1990s by Laurence Anholt. In spite of not fitting Lurie’s (1998) definition of subversive literature as a work that transgresses social norms, these tales contain more than a hint of rebelliousness and irreverence along the lines of great masters like Antoine de Saint-Exupéry, Roald Dahl, Christine Nöstlinger, or Lewis Carroll. The in-depth review of the original texts will pave the way for a critical study of the translation strategies which were used by the cultural mediator to provide appropriate solutions to complex translation issues: linguistic iconicity, overt knowledge areas, and proper names. With this goal in mind, the level of translation coherence in relation to the norms which were adopted to convey meaning between languages will be assessed, following Toury’s (1980, 2012) assumption that norms are the primary choice of translators at the time of foreignizing or domesticating the resulting text. This critical examination will make it possible to verify whether both the original versions and their translations could be part of the so-called ‘gender literature’, according to the parameters set out by the project entitled Gender Identity: Child Readers and Library Collections (G-Book) (2017/2018) funded by the European Union (Creative Europe Programme).

Definitions of fairy and folk tales are heterogeneous, westernized, and may even contradict each other. Therefore, Japanese folktales may present certain features that differ from the literary canon. On another note, the worldwide influence of Japanese culture cannot be denied, so it is no surprise that the current Japanese soft power strategy is based on the international exhibition of a modern Japan where anime (animation) and manga (comic) play a key role. According to Amber Slaven, anime stories are highly influenced by Japanese folklore. Hence, anime spectators are in permanent touch with Japanese folklore even if they are not aware of it. In this chapter, the InuYasha animation (2000–2004)—a story that combines common narratives of anime and settings of Japanese folklore—will be analyzed by considering both conventional descriptions of folktales and specific traits of Japanese stories. The aim is to provide an insight into Japanese folktales from a contemporary perspective that helps anime viewers to identify these stories as an evolution of Japanese traditions. Ultimately, a comprehensive definition of folktales that tries to avoid Orientalist dynamics will be suggested.

In this chapter I delve into the many postmodern manifestations of Studio Ghibli’s productions in order to uncover the ‘shades of magic’ that engulf the fairy-tale genre and are re-told as parodical discursive manifestations of the anti-fairy tale. In particular, I look at three different productions of the Japanese franchise, all of them directed and written by Hayao Miyazaki: Spirited Away (Sen to Chihiro no Kamikakushi, 2001), Howl’s Moving Castle (Hauru no Ugoku Shiro, 2004), and Ponyo (Gake no Ue no Ponyo, 2008). These three films expose a refractive correlation with space, as they provide a contradictory resignification of magical places that have a rhetorical impact on their protagonists’ mindsets. As divergent forms of heterotopias, both the natural and the artificial worlds portrayed in these films appear as magical environments in which the objects acquire a sense of place and are conceptualized as autonomous and performative entities. Magic is therefore interconnected with nature, allowing an ecocritical reading of the films based on their productions of space. The discourses of such spatiality will be the analytical focus of this essay, in which I interrogate the cultural projection of the fairy tale in terms of transnational folklore.