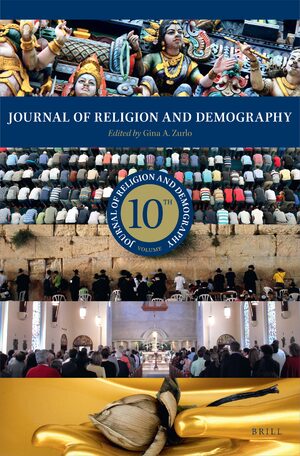 In most European countries more religious people have more children than the secular and are less likely to remain childless. However, in some ex-communist states this association is subdued or even inverted. This study investigates not only fertility and partnering outcomes, but also differences in the level of desire for a child. Four contrasting countries are compared: Austria, Switzerland, Bulgaria and Georgia. We found the more religious had higher expectations that a child would bring joy into their life than the non-religious. The religious ‘nones’ tend to be very worried about the financial impact of a(nother) child and negative effect on their sex life; these concerns are much less prevalent among active Christians. In Georgia, where highly educated young people are more religious than the old, differentials by religiosity are small. History and context cause the impact of personal religiosity on fertility behavior and attitudes to be potentially divergent.

This article offers analysis of religious affiliation for 18 categories of religion for the globe and six continents: Africa, Asia, Europe, Latin America, Northern America, and Oceania. Estimates of religious affilia¬tion are made for four dates, 1970, 2000, 2018, and projections for 2030. Annual average growth rates are provided for two 30-year periods, 1970–2000 and 2000–2030. These global and continen¬tal tables are aggregated from country data in the World Religion Database.

In this paper we focus on the top 10% of income earners, and within those at the individuals with more than 1 and 50 million in assets worldwide and their religion. This is a group of people with an inherent global outlook on their activities and social lives, who often share more interests in common with people along the same scale of wealth than with many of their fellow country-people at lower levels of income. The perception of political power gained by wealthy individuals punctually observed, has been found by research to be buttressed by the more active political participation by people in the upper ranges of income distribution and increased inequality is found to increase unequal political outcomes.

The social behaviour of this group of people at the top of the global income scale drives social policy, as these citizens tend to be better educated, connected, travelled and economically and politically active than the parts of the population that are worse off.

Religion, or the lack thereof, is a global social marker that influences behaviour on many levels, often at subconscious levels shared by whole societies, such as the perception of fairness and retribution, redistribution of resources and the wider relationship of society to economic resources.

Contemplated from a global perspective, religion as a shared cultural trait across nations may be a powerful unifier of interests and driver of political and economic action to tackle global problems such as climate change, environmental degradation, global poverty alleviation and other type of global externalities. Understanding the religious make-up of the group of people most active in shaping economic and cultural decisions globally should help in finding platforms for global cooperation.

Apples and Oranges: Explorations In, On, and With Comparison , written by Bruce Lincoln
Author: Michael Stausberg

Science and religion represent important facets of human experience. Yet, they are related in complex and sometimes conflicting ways. The present study examines how religious people think about the science-religion relations by focusing on their epistemic cognition, i.e. thoughts about the nature and justification of knowledge when making sense of competing claims to truth. The study’s main question was whether people express different beliefs with regards to “religiously-neutral” vs. “religiously-loaded” issues in the social-psychological and biological domains. The religiously-neutral issues explored were (a) motivation and work performance, and (b) sugar as the cause of obesity; while the religiously-loaded issues were (c) homosexuality as a disorder, and (d) human evolution. On each of the four issues, undergraduate students from Islamic and Christian backgrounds (N = 317; mean age = 21.4 years; 74.1% female) were asked to express their epistemic beliefs along the three dimensions: (1) ontology, i.e. whether there is a single, objective truth (ontology); (2) fallibility, i.e. whether knowledge of the issue could be wrong; and (3) decidability, i.e. whether there are rational ways to decide on truth. The findings show when thinking about religiously-loaded scientific issues such as homosexuality and evolution, people tend to believe that there is a single objective truth, that their own beliefs are infallible, and that there is no rational method to evaluate knowledge claims. This thinking pattern may be one reason underpinning the difficulty of learning about science concepts which are seen to contradict religious doctrine. Some implications for science education are also entered into the discussion.

Chapter 19 A Catholic Dilemma: Church and Pope Resisting to and Compromising with Political and Cognitive Revolution
Author: Roberto Motta

Religious studies in Indonesia mostly examined the relationship between religiosity and student psychosocial variables, such as emotional regulation, self-concept, and well-being in educational settings, but those studies mostly used religious construct from the West while religious construct based on Indonesia seemed to get less attention. Religiosity measurement in Indonesia in the past was an adaptation of religiosity scales developed in Western cultures. Furthermore, the adaptation process was limited by the homogeneity of subject religious belief, which mainly consisted of the Muslim sample. This study aims to explore religiosity within Christians by incorporating local religious leader perspectives on the meaning and expression of religiosity to develop religiosity construct based upon Indonesian context. The data were gathered from focused group discussions consisting of the local representatives of Christian denomination leaders and were analyzed using a thematic analysis. Three themes identified during the discussion were religion as self-identity, comprehensive measurement, and local incorporation. Further studies could include these themes to measure religiosity.

Chapter 23 The Failed Visit of Francis to Chile and the Catholic Church Crisis
Authors: Cristian Parker and José Pérez Valdivia