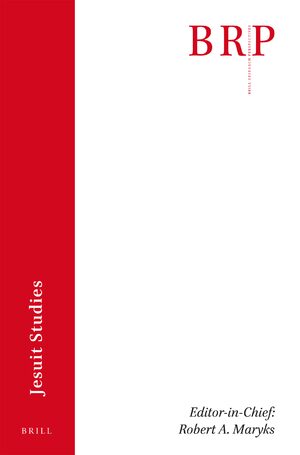 Jesuits in the North American Colonies and the United States
Author: Catherine O’Donnell

Paul F. Grendler, noted historian of European education, surveys Jesuit schools and universities throughout Europe from the first school founded in 1548 to the suppression of the Society of Jesus in 1773. The Jesuits were famed educators who founded and operated an international network of schools and universities that enrolled students from the age of eight or ten through doctoral studies. The essay analyzes the organization, curriculum, pedagogy, culture, financing, relations with civil authorities, enrollments, and social composition of students in Jesuit pre-university schools. Grendler then examines the different forms of Jesuit universities. The Jesuits did almost all the teaching in small collegiate universities that they governed. In large civic–Jesuit universities the Jesuits taught the humanities, philosophy, and theology, while lay professors taught law and medicine. The article provides examples ranging from the first Jesuit school in Messina, Sicily, to universities across Europe. It features a complete list of Jesuit schools in France.

The British Isles and Ireland tested the self-proclaimed adaptability and flexibility of the new Society of Jesus. A mission to Ireland highlighted the complexities and ended in failure in the early 1580s, not to be revived until 1598. The fabled Jesuit mission to England in 1580 conceived in wistful optimism was baptized with blood with the execution of Edmund Campion in 1581 and the consequent political manoeuvres of Robert Persons. The Scottish mission began in December 1581. The three missions remained distinct in the pre-suppression period despite an occasional proposal for integration. The English mission was the largest, the bloodiest, the most controversial, and the only one to progress to full provincial status. The government tried to suppress it; the Benedictines tried to complement it; the vicars apostolic tried to control it; and foreign Jesuits tried to recognize it. Nonetheless, the English province forged a corporate identity that even withstood the suppression.

After their restoration of 1814, the Jesuits made significant contributions to the natural sciences, especially in the fields of astronomy, meteorology, seismology, terrestrial magnetism, mathematics, and biology. This narrative provides a history of the Jesuit institutions in which these discoveries were made, many of which were established in countries that previously had no scientific institutions whatsoever, thus generating a scientific and educational legacy that endures to this day. The essay also focuses on the teaching and research that took place at Jesuit universities and secondary schools, as well as the order’s creation of a worldwide network of seventy-four astronomical and geophysical observatories where particularly important contributions were made to the fields of terrestrial magnetism, microseisms, tropical hurricanes, and botany.

This article deals with the missionary work of the Society of Jesus in today’s Micronesia from the 17th to the 20th century. Although the Jesuit missionaries wanted to reach Japan and other Pacific islands, such as the Palau and Caroline archipelagos, the crown encouraged them to stay in the Marianas until 1769 (when the Society of Jesus was expelled from the Philippines) to evangelize the native Chamorros as well as to reinforce the Spanish presence on the fringes of the Pacific empire. In 1859, a group of Jesuit missionaries returned to the Philippines, but they never officially set foot on the Marianas during the nineteenth century. It was not until the twentieth century that they went back to Micronesia, taking charge of the mission on the Northern Marianas along with the Caroline and Marshall Islands, thus returning to one of the cradles of Jesuit martyrdom in Oceania. 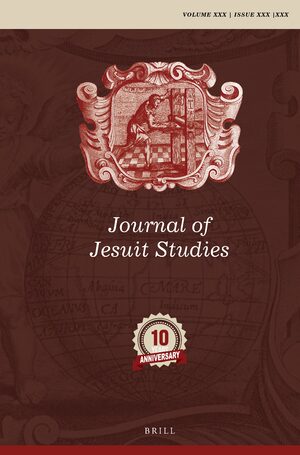 In 1934, the Society of Jesus was asked to respond at global and regional levels to the increasing threat of world Communism. In North America, the Jesuits initiated plans to meet the twin threats of Communism and atheism. Between 1934 and 1939, two separate streams of Jesuit anti-Communism began to emerge. The first was a macro-style vision grounded in social reconstruction, which the Jesuits called “Establishing a Christian Social Order,” known colloquially as the “xo” program. The other plan was put forward as early as 1934, and elaborated in July 1936 at the Jesuit meeting in West Baden, Indiana, by the writer and editor John LaFarge. LaFarge’s plan, known as the United Front, has never been evaluated by historians. It was a localized program of reactive initiatives meant to meet the gains of the cpusa with effective Catholic counter-Communist public attacks. LaFarge aimed to recruit students, pastors, and fellow Jesuits to see to it that cpusa gains in labor, culture, education, government, and churches were met with equal and effective public counterattacks. In 1937, the publication of the papal encyclical Divini redemptoris signaled that social reconstruction could become a part of authentic Catholic anti-Communism, indicating the eclipse of LaFarge’s United Front. After 1939, when the Jesuit general Włodzimierz Ledóchowski called for an adoption of the “positive message” of social reconstruction as the dominant means of Jesuit anti-Communism, LaFarge’s more bumptious and militaristic plan began to fade for good. This article chronicles the heretofore unknown struggle between these two antipodes.