Clear All
Download Citations
The Multilingual Jesus and the Sociolinguistic World of the New Testament
Series:  Linguistic Biblical Studies, Volume: 12
Author: Hughson T. Ong
In The Multilingual Jesus and the Sociolinguistic World of the New Testament, Hughson Ong provides a study of the multifarious social and linguistic dynamics that compose the speech community of ancient Palestine, which include its historical linguistic shifts under different military regimes, its geographical linguistic landscape, the social functions of the languages in its linguistic repertoire, and the specific types of social contexts where those languages were used. Using a sociolinguistic model, his study attempts to paint a portrait of the sociolinguistic situation of ancient Palestine. This book is arguably the most comprehensive treatment of the subject matter to date in terms of its survey of the secondary literature and of its analysis of the sociolinguistic environment of first-century Palestine.
E-Book (PDF) 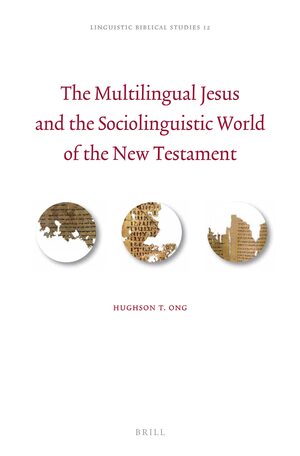